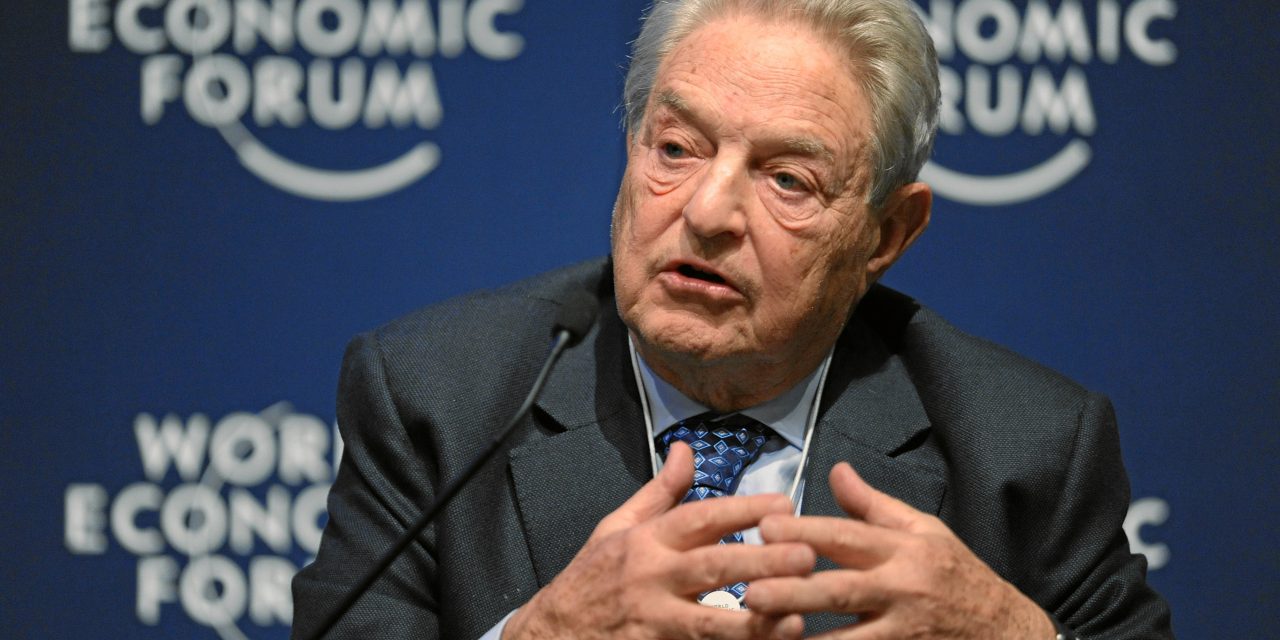 The U.S. State Department is being sued for refusing to release information regarding funding it has given to organizations affiliated with billionaire investor George Soros. These organizations are known to have connections with groups that are seeking regime change in Macedonia.

For much of this year, prominent Macedonian politicians and journalists have been publicly speaking out against organizations linked to controversial billionaire George Soros, accusing the organizations of fomenting regime change and undermining the country’s national sovereignty.

The evidence for Soros-backed political meddling was substantial enough to open an ongoing U.S. congressional investigation into the matter, particularly the granting of State Department funds to Soros-linked organizations that stand at the heart of the scandal.

Now, conservative watchdog foundation Judicial Watch has decided to get involved, filing a Freedom of Information Act (FOIA) lawsuit on Wednesday against the State Department and the U.S. Agency for International Development (USAID). The lawsuit seeks “records and communications relating to the funding and political activities” of the Open Society Foundation, the most well-known of all Soros-linked organizations, as well as its affiliates operating in Macedonia.

Soros’ Open Society Foundation is believed to be one of the largest “philanthropic” organizations in history, with branches in 37 countries and an annual operating budget of approximately $930 million, a budget set personally by Soros himself.

Judicial Watch decided to move ahead with legal action after both organizations failed to respond to a FOIA request they submitted on Feb. 16, a week after the State Department denied that U.S. government assistance had been given to partisan causes in Macedonia, particularly to groups that oppose current Macedonian Prime Minister Nikola Gruevski.

However, while the State Department has denied funding partisan causes, they did admit to providing several massive grants to Soros organizations, including $4.8 million in USAID funding to the Foundation Open Society – Macedonia (FOSM) and a $9.5 million grant for a new project through which the FOSM is also a beneficiary.

During the time that the State Department and USAID were funding FOSM, the Forum Group (another Soros-linked NGO) and USAID commissioned the Centre for Applied Nonviolent Action and Strategies (CANVAS), a Serbia-based regime change specialist group, to recruit Macedonian youth to the opposition, offering rewards of up to $1,500 for suggestions as to how to protest against the existing government more effectively.

Macedonia, however, has been a particular focus for regime change efforts due to Gruevski’s open support for the Turkish Stream pipeline, a Russian project that would export gas to Europe. The project is strongly opposed by the United States.

Russian Foreign Minister Sergei Lavrov alluded to this in 2015, when he stated that the reason for the foreign-funded push for regime change was “a desire to influence it in connection with its refusal to join anti-Russian sanctions, support of the South Stream and willingness to be involved in the implementation of other options of fuel delivery, including the so-called Turkish Stream.”

Soon after, Russian Ambassador to the European Union Vladimir Chizhov told Bloomberg TV that this suspicion was “logical,” adding that “If you look at the geography of the region, Macedonia is the best place for constructing the extension of the newest energy infrastructure project in the region, the so-called Turkish Stream.”

Macedonia is not alone in asserting that Soros-linked organizations are fomenting opposition to ruling parties that oppose the “global order.” Hungarian Prime Minister Viktor Orban has been particularly vocal in his condemnation of Soros, calling him a “predator” this past February and accusing him and his organizations of “trying secretly and with foreign money to influence Hungarian politics.”

While Soros’ influence on European politics has remained relatively secretive for years, recently leaked documents have shed light on the billionaire’s potent influence on international political figures. The “Podesta emails,” for instance, leaked by Wikileaks, exposed deep connections between Soros and the Hillary Clinton-led State Department under the administration of former President Barack Obama.

One of those emails showed that Soros had directly advised Clinton on handling unrest in Albania – advice she later acted on. Through other leaks, Soros was also revealed to have played a major, yet shadowy role in the 2014 coup in Ukraine.