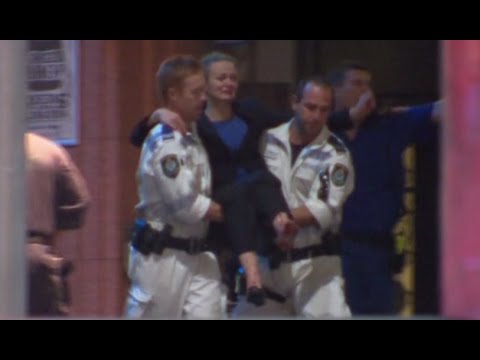 Heavily armored police units have stormed Lindt Café and brought an end to a day-long hostage standoff in the heart of Sydney. Gun fire and stun grenades were heard at the scene, with four civilians and one police officer reportedly injured.

The sound of automatic gunfire was heard at the scene, with police deploying flash bangs before storming the premises. Paramedics wearing bulletproof vests were seen entering Lindt Cafe shortly after the police operation began, after over 40 people were taken hostage on Monday.

“The exchange was started by three discrete bangs. The first brought about five people from the building. A space followed between the subsequent two and then a near-continuous volley rang out. Dozens of shots,” James Robertson, a reporter for the Sydney Morning Herald, reported at the bottom of Martin Place; about 150 metres from the scene.