Chip Please: The First Passenger to Use a Micro-chip to Fly, Has Arrived 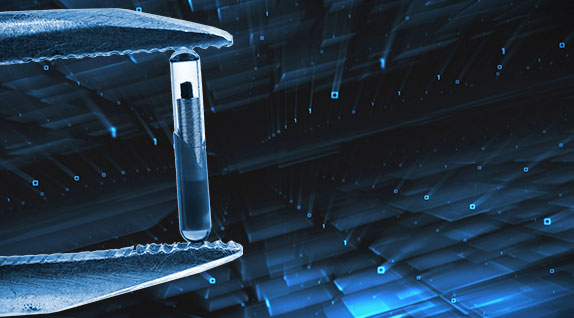 STOCKHOLM – Andreas Sjöström used a $70, rice-sized micro-chip to board a flight from Stockholm, Sweden; Arlanda Airport (SAS) to Paris with a, ‘flick of the wrist’.

Sjöström is the vice-president of the digital technological consulting firm, Sogeti, had the micro-chip implanted in his wrist, ‘just below the skin’ several weeks before his flight. 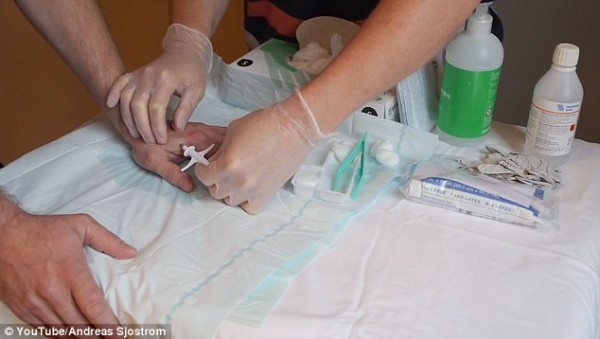 In an interview with Mic, Sjöström was quoted as:

‘The system reacts as if you have the ordinary NFC sticker from the airline, so you’re eligible to pass through and it recognizes who you are.’

Near Field Communication (NFC) is based upon the same premise as your credit, or debit cards, each containing an individual Personal Identification Number (PIN) which is picked up and decoded by the readers. These PINs can allegedly only be written into the system by the airlines itself. Scandinavian Airlines have installed NFC readers prior to this instance for its EuroBonus Gold members.

In this Youtube video, Sjöström described how the process worked: 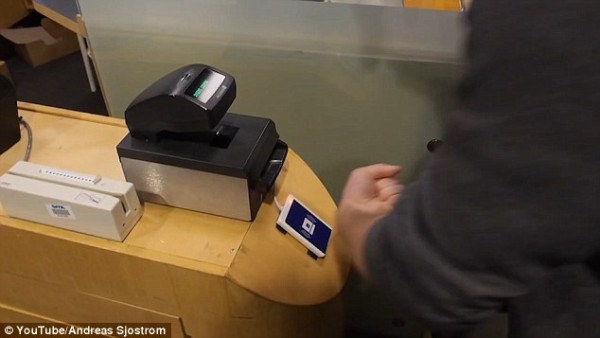 ‘In this video I use the chip to pass through Stockholm Arlanda airport, through security, at the lounge, and finally through the gate to the aircraft.’

This is where the article gets nitty-gritty. If you aren’t ready for the truth, how did you even find this website?? Anyway, let’s break this down.

Sweden has long been slowly rolling out the agenda of these ‘elite’ (cess-pit scum). But first, what is the agenda?

Many well-established researchers have out-lined the final objectives of this long-time agenda as this: a one world government, with a one world army and police force, a microchipped population hooked up to computers, a one world bank with a digital currency.

Well, so far we are seeing all of these tasks unfold on a daily basis (if you’re aware of the end goals, that is). We’ve reached the point it really doesn’t matter what you’re ‘opinion’ is on this matter: Facts are facts and the time for games have been over since yesterday.

Just a few days ago, Britain’s ex-prime minister Tony Blair (who we have confronted in the past) has called for an EU Army, which will be predictably ‘justified’ by the millions of ‘refugees’ flooding and destabilizing Europe right now. Just another tip-toe on the path to the one world army.

I use this example briefly because there are so many, that I don’t have the time to cover them. We have already in the past, which isn’t that hard when these people write what they’re doing in their own books.

Here’s a Business Insider article, detailing Sweden’s, ‘War on Cash’. This will be implemented everywhere as we continue on.

This objective’s end is to end cash, as you can save and store cash. If you’re hooked to a computer, with digital money, someone can simply delete all of your wealth, and monitor your spending activities. Or, program the centralized computer to reject your PIN. What will you do if the system doesn’t accept your identity? Payment via Android and Iphone is another stepping-stone in this sinister direction of control.

It is also no surprise to me, that this Andreas Sjöström, performed this flight boarding in Stockholm, which has been a hot-bed for mind-control for decades. Of course, be prepared to see this agenda be painted in a benevolent picture. Another example includes a free program to micro-chip newborn babies in the US, in case they go missing. How sweet of them. Never-mind how these chips have given tumors to dogs who receive them.

“Wow, so having radio waves and other frequencies bombard my body from inside out, 24/7 isn’t healthy??”

This agenda will propagate further, and will tie into the ‘trans-humanism’ trend we are seeing now. I will warn you right now: do NOT get these chips. They not only emit frequency, but they also can receive information as well. Making the implementation of mind-control even easier than it is now.

We are in some of the most, if not the most historical time our race has ever experienced. I’m convinced that we also, ‘haven’t seen anything yet’. All we have is each other. Do not fall for their divide-and-conquer techniques that are being spewed at us in every direction.

Below, is a We Are Change interview with an entrepreneur who wants to use micro-chips for benevolent uses. What do you think? Leave your thoughts and observations in the comment section below!