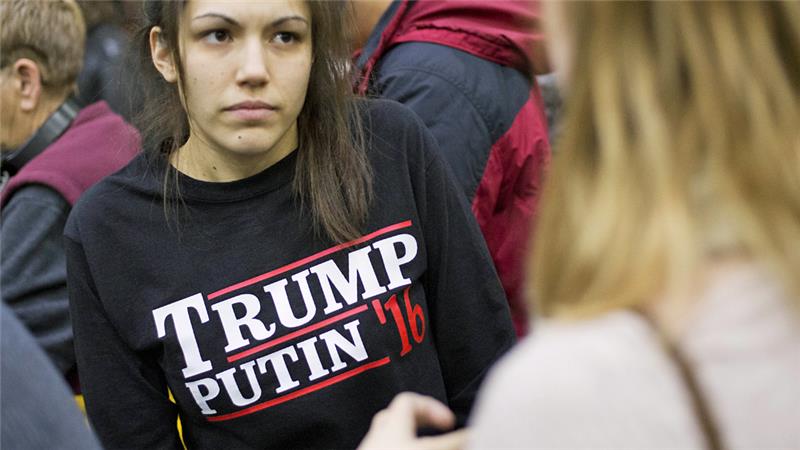 (WE ARE CHANGE) — There are millions of Americans that believe Donald Trump is a plant for Hillary Clinton to guarantee her position as the next President of the United States. No, I’m not convinced Trump is in cahoots with Vladimir Putin (or Hillary Clinton), but I’m beginning to become a little suspicious.

These are just a couple interesting observations to think about.

Wait. What? Trump works for the Russians? You must be kidding.

Maybe a little bit, but mostly not.

“The source, speaking on condition of anonymity, said Flynn has emerged as a possibility, confirming reports in the New York Post and The Washington Post.” – Reuters, 7/9/16

His full name? Michael Flynn. I’m sure you remember him going on CNN to tell us Obama ignored ISIS intelligence reports. RT ran the following headline: US ex-intelligence chief on ISIS rise: It was ‘a willful Washington decision’.

He claims the White House ignored reports prefacing the rise of ISIS in 2011 and 2012 because they did not fit its re-election “narrative.”

Al Jazeera reports Lieutenant General Michael Flynn is “the highest ranking intelligence official to go on record,” saying the US and other states, notably Turkey and the Gulf Arab states, sponsored Al-Qaeda-led rebels in Syria with political support and weapons.

Not many people know this, but, Mr. Flynn was spotted at RT’s 10 year anniversary in Moscow during a speech by Russian President Vladimir Putin. 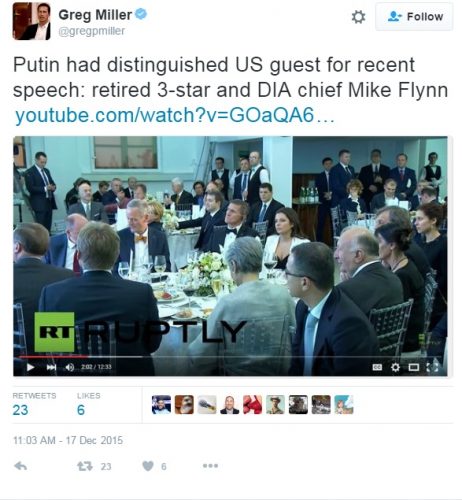 From what I can tell, RT Ruptly no longer has a video up of the angle above.

Here’s an angle from the other side of the room from the same press conference moments after Flynn stands up from the table following Putin’s speech. 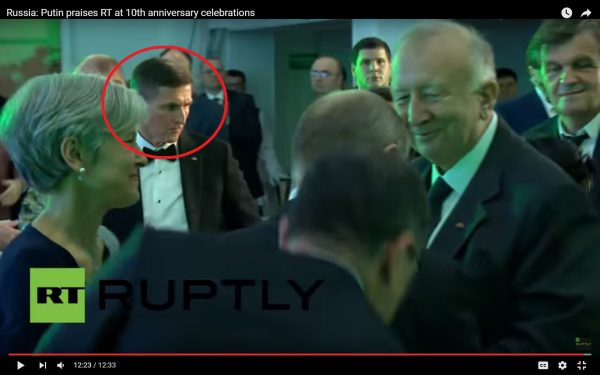 Go ahead, watch the video for yourself:

My second observation can be quickly summarized by two CNN headlines from earlier this year:

What do you think? Should we expand on this theory and continue investigating? Let us know in the comments.