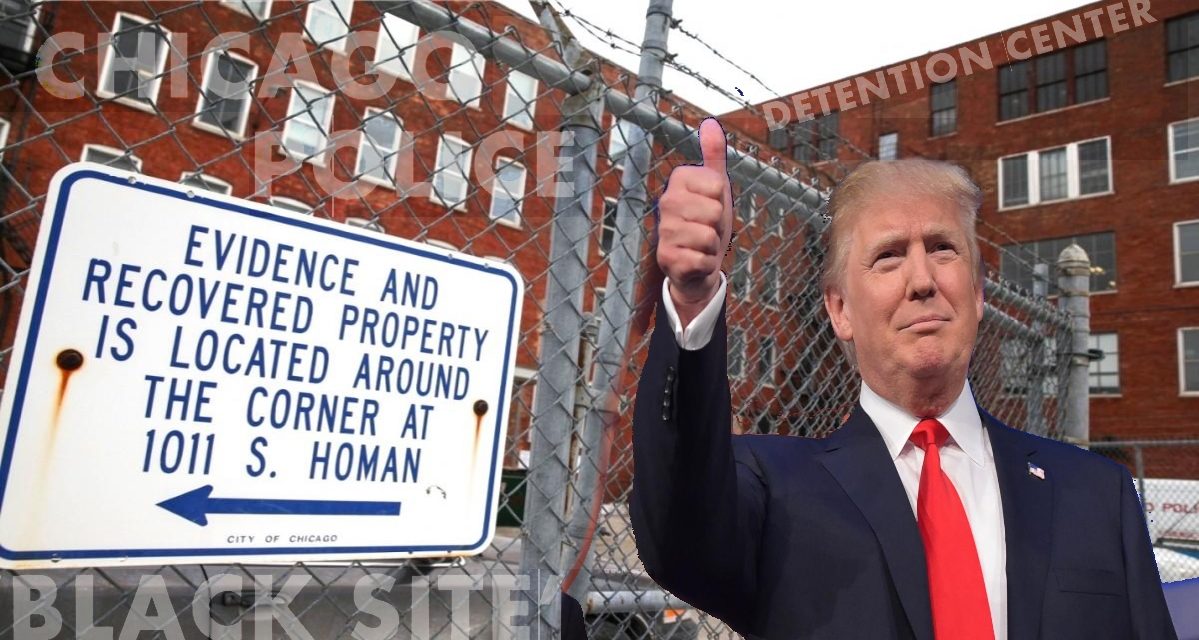 President Trump has made it clear that he believes torture is an effective method of interrogation, and while there is speculation that his future executive actions will include support for allowing torture at the U.S. prison at Guantanamo Bay, his rhetoric raises questions about the torture methods that will be allowed in prisons in the United States. 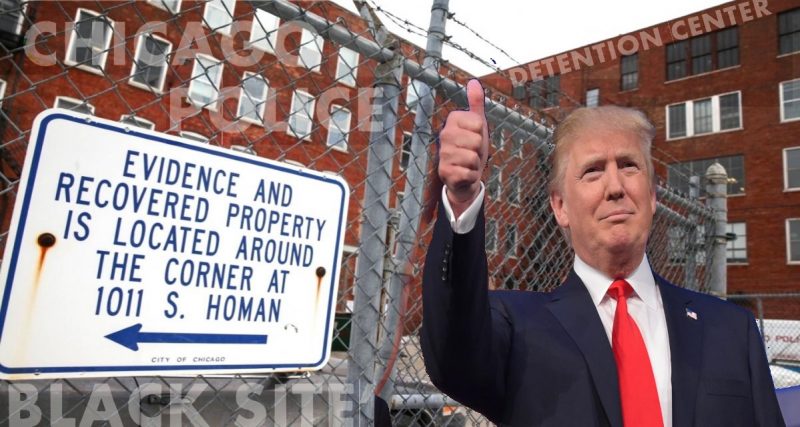 The draft of Trump’s executive order titled, “Detention and Interrogation of Enemy Combatants” was first reported by the New York Times. The draft indicates that Trump will push for reopening “secret prisons” outside of the rules established by the Geneva Convention.

This raises the question… Will those “secret prisons” include the ones located on U.S. soil?

In October 2015, The Guardian published an in-depth report following an investigation into a secretive “off-the-books“ interrogation facility known as “Homan Square” in Chicago.

Located on Chicago’s West Side in North Homan Square, the unnamed facility was so secretive that most police officers outside of the district did not know what was actually going on inside.

Over the last 10 years, thousands of people have been “kidnapped” by police and held in the holding and interrogation center. The public had no way of knowing who was being held at the facility or what was happening, and when the families of victims and reporters started to to ask questions, they found most of the time police did not have answers.

Out of the 7,351 arrests at Homan Square that have been disclosed since 2004, Chicago police officers not working at the facility would have been able to find information on only 275 of them—or less than 4 percent—according to The Guardian.

The building is a former Sears warehouse in a largely minority low-income neighborhood on the city’s West Side; it is neither a jail nor booking station. As attorney Flint Taylor described, “Homan, to me, is an intelligence-gathering place” akin to a CIA “black site.”

In October, Taylor filed a US federal civil rights lawsuit on behalf of three clients who allege they suffered multiple unconstitutional abuses while detained there.

On the basis of internal Chicago police records, The Guardian’s Spencer Ackerman reported that officers had brought thousands of detainees—mostly black, often low-level drug offenders—to Homan Square, where they were essentially “disappeared,” or held and questioned without access to attorneys or phone calls.

Ackerman noted that only around 68 of the detainees had access to a lawyer or were able to make their whereabouts known to family or friends, and about 65 percent of the detentions took place after May 16, 2011, when Rahm Emanuel took office.

The only reason those few cases were even traceable was because the interrogations resulted in an arrest. No one knows how many more people were detained for a brief period of time, abused, interrogated, and then released.

The city already has been the target of three civil lawsuits this year by former Homan detainees. One of Taylor’s clients alleged that while he was detained there in 2013, one officer held a knife to his neck and another shackled him to a bench in a cell without food, water, or bathroom access. This treatment, the suit alleges, came after the man refused to divulge information about drug dealing in his neighborhood.

Cook County commissioner Richard Boykin—who has toured the facility and wants it shut down—joined Rep. Danny Davis (D-Ill.) in hand-delivering a letter to former US Attorney General Eric Holder seeking a federal investigation into the complaints in March.

Citing new revelations from The Guardian, Boykin repeated the request in October in a letter to Lynch, Holder’s successor. (In her press conference on Monday, Lynch indicated she might be open to an expanded investigation, and referred to the Homan Square concerns as “extremely important”) The American Civil Liberties Union of Illinois, which is also pushing for a federal investigation of Homan Square, and  local Black Lives Matter activists protested in front the facility last December.

The city has already approved a $5.5 million reparations fund for victims of a previous torture scandal involving police commander Jon Burge and his band of rogue detectives.

In the 1970s and ’80s, they were accused of abusing suspects, mostly minorities, employing interrogation tactics such as near-suffocation with plastic bags, cattle prod shocks, flashlight beatings, and mock “Russian roulette“.

Shawn Whirl spent nearly 25 years in prison for a murder he didn’t commit after Burge’s detectives tortured him into confessing. Judges threw out his conviction earlier this year and he is finally a free man.

With Trump recently saying once again that he believes “torture works,” as a means to ascertain information, this causes speculation about how prisons such as the one at Chicago’s Homan Square will operate in the future, given its history.

This article (Trump’s Support For Torture Raises Questions About Future of Chicago’s ‘Black Site’ Prison) is free and open source. You have permission to republish this article under a Creative Commons license with attribution to DannyQuest and WeAreChange.org.  If you find any grammatical mistakes or factual errors in this article please email them to Danny@wearechange.org