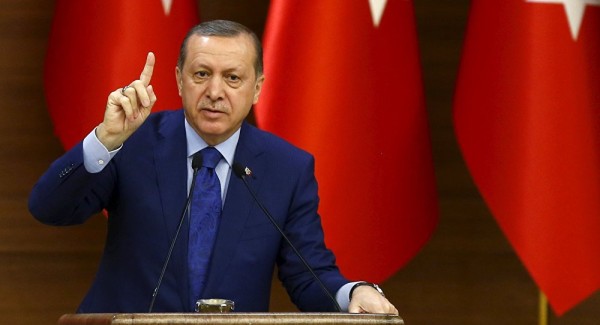 Less than a week before the terrorist attacks in Brussels, Turkish President Recep Tayyip Erdogan warned of possible bombings in European cities, including Brussels.

“There is no reason why the bomb that exploded in Ankara could not explode in Brussels, or in any other European city,” Erdogan declared during a ceremony commemorating the 101st anniversary of the Battle of Gallipoli in the coastal town of Canakkale on March 18.

In this image provided by Daniela Schwarzer, smoke is seen at Brussels airport in Brussels, Belgium, after explosions were heard Tuesday, March 22, 2016

It’s Official: Brussels Airport Explosions Were Terror Attack
It should be noted that Erdogan’s statement followed the deadly terrorist act of March 13, when a car bomb exploded at a bus stop near Ankara’s central Kizilay Square, leaving 37 dead and over 120 injured. The Turkish head of state blamed Kurdish radicals for the attack and berated European leaders for their refusal to recognize certain Kurdish organizations as terrorist groups.
“The snakes you are sleeping with can bite you at any time,” Erdogan added.

On Tuesday, March 22, the city of Brussels – capital of Belgium and administrative center for both NATO and the EU – was hit by a series of explosions, including two blasts in Brussels Airport in Zaventem, Belgium that left 13 people dead and over 35 injured. An additional 15 people were killed in Tuesday’s explosion at the Maalbeek metro station in central Brussels, local media reported.