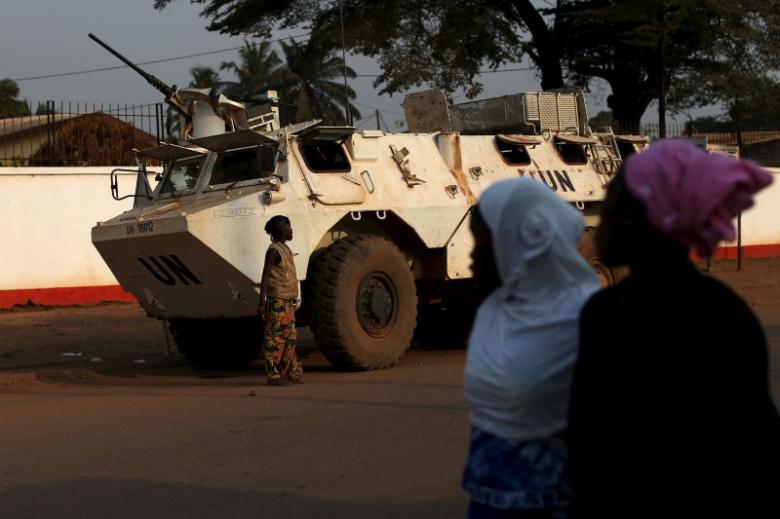 French soldiers who were once “UN Peacekeepers” as part of an international mission in the Central African Republic, will not face charges for their horrific sexual abuse of children.

In early 2013, the Central African Republic (CAR) erupted into chaos as in-fighting began between Muslim Seleka rebels and anti-Balaka Christian militias. The brutal fighting quickly displaced thousands and turned the nation – one of the world’s poorest – into a war-zone. The crisis soon prompted a response from the United Nations, which sent in thousands of UN “peacekeepers” to ostensibly protect the traumatized populace. However, constant accusations along with internal UN reports have shown that these peacekeepers have only added to the immense suffering of the embattled nation’s civilians.

Accusations against the UN peacekeepers, particularly soldiers hailing from France and the European Union, first began to emerge almost as soon as the soldiers themselves had arrived. Though initial reports of sexual abuse of minors seemed isolated at first, evidence began to appear suggesting that the abuse was much more widespread than previously thought – likely involving hundreds of separate incidents. Then, in early 2015, a senior UN aid worker blew the whistle on the rampant sexual abuse of children by UN troops. Ander Kompass, then-director of field operations for the peacekeeping operation leaked an internal UN report detailing horrendous abuses of children by soldiers to the French authorities. Kompass argued that he leaked the document due to the UN’s failure to stop the abuse. Indeed, after Kompass officially exposed the peacekeepers’ crimes, he faced suspension from his position, underscoring the UN’s interest in keeping these egregious crimes hidden from public view.

However, after the release of their internal report, the UN could do little to stem the tide of accusations against their troops stationed in the CAR. NGOs, CAR civilians, and other UN employees began to release chilling testimonies of systematic abuse of the CAR’s most vulnerable inhabitants. Children as young as 7 were found to have been forced to participate in horrific sexual acts by UN troops, who often “paid” their victims with food or small sums of money to keep them quiet. One of the first documented reports of abuse chronicled how numerous male youths were forced to perform sexual acts on French soldiers in exchange for food. Others detailed how young girls were plucked off the street where they were taken into bases or armored vehicles and raped. Many of the victims were found to have trusted the soldiers, according to an officer working with the NGO Yamcuir. “I know children who socialized with French troops because they played football and volleyball with the kids. That’s when most of the rapes happened,” the officer told Sputnik News.

Despite the mountain of evidence against the French soldiers as well as the French government’s “zero-tolerance” policy for such crimes, not one soldier has been brought to justice. In 2015, five were questioned and reprimanded but no meaningful form of punishment was offered. A years-long UN inquiry into the accusations similarly failed to produce any meaningful results beyond the firing of a handful of employees. Popular movements, such as petitions to remove all French troops from the CAR, also ultimately proved unsuccessful.

Unfortunately, just days ago, any hopes that these young, voiceless victims may have had of seeing their tormentors brought to justice evaporated. On January 4th, a panel of French judges decided not to bring charges against a group of six French soldiers accused of sexually abusing minors in the CAR between December 2013 and June 2014. According to French judicial sources, the panel’s leading judge decided there was “insufficient evidence” to warrant prosecution. Though prosecutors have three months to produce more evidence to justify a new investigation, if evidence from CAR civilians, NGOs, and the UN itself have all been deemed insufficient, it seems little can now be done to change the situation. If anything, this latest rejection of justice for victims of sexual violence will only further discredit UN operations in the African nation and will likely foment popular anger directed at the UN’s continuous presence as they are seen as an occupying force. Just a few months ago in October, four civilians were killed by UN peacekeepers when protests against the UN’s presence in the nation broke out and soon turned violent. With neither the UN nor the guilty soldiers likely to be held accountable, it seems that the CAR’s already desperate situation will continue to devolve, largely thanks to the very forces exploiting the vulnerable civilians they are meant to protect.

This article (UN Peacekeepers Who Sexually Abused African Children Will Not Face Charges) is free and open source. You have permission to republish this article under a Creative Commons license with attribution to the author and True Activist.