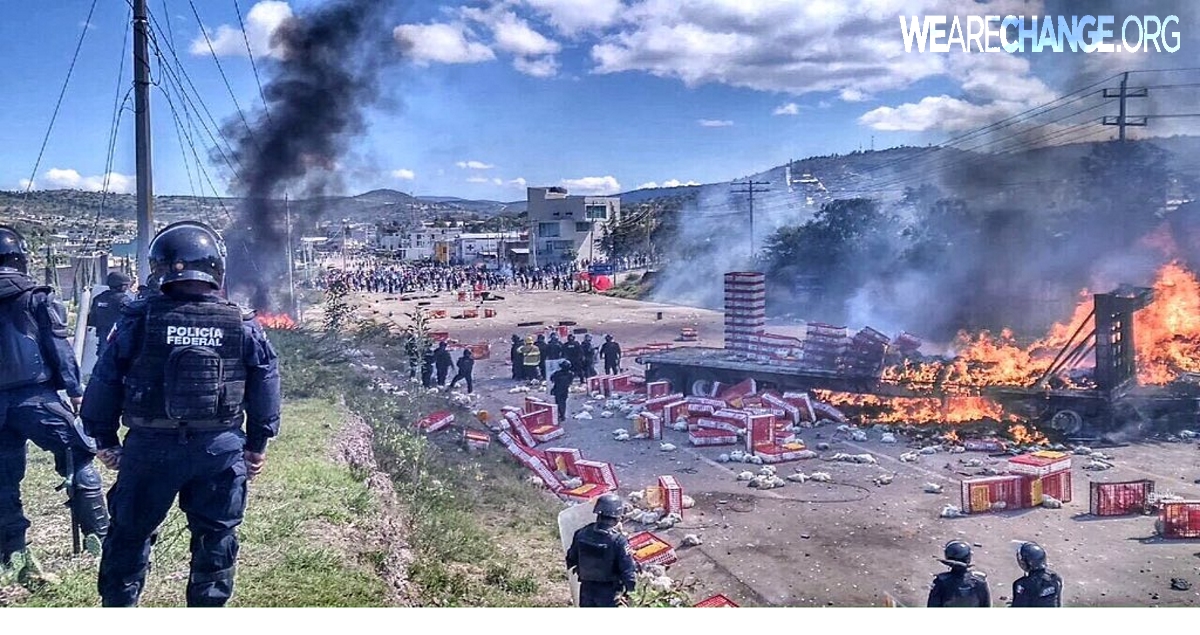 On Sunday, June 19, Police in Oaxaca fired on teachers and protesters and killed at least six people and wounded 30 more. Committing a huge humans-rights violation.

Following the arrest of some if its top leaders, the union called for a revolt against Mexico’s government.

The conflict in Mexico has been ongoing starting first in 2013,  then taking a three year hiatus and resuming again May 2016 of this year. The protest stems from 11 neo-liberal structural reforms signed by President Enrique Peña Nieto. Which resulted in the lay offs of 10’s of thousands of teachers, and he promises even more lay offs in the future.

Everyday the conflict is claiming more and more lives, it seems to get more and more violent with the police denying that they have even used any lethal force against civilians. Despite video’s emerging online of them firing live ammunition into the crowds of protesters.

It has now emerged, that Dozens of Peaceful protesting teachers CNTE a teachers union protesting for education reform in Mexico and their supporters have been murdered while 100’s of others including police were injured by unknown gunmen in cold blood. When they opened fire on both side’s the police chief Enrique Galindo said. But federal police chief Enrique Galindo later said that an armed unit was deployed after shots were fired at the police and the protesters by “unidentified people” not linked to the demonstration.

This isn’t the first time an incident like this happened involving CNTE. In the 1970’s 100 people were murdered when CNTE was first organized. CNTE has since gained more support now estimating 100,000 members across Mexico. 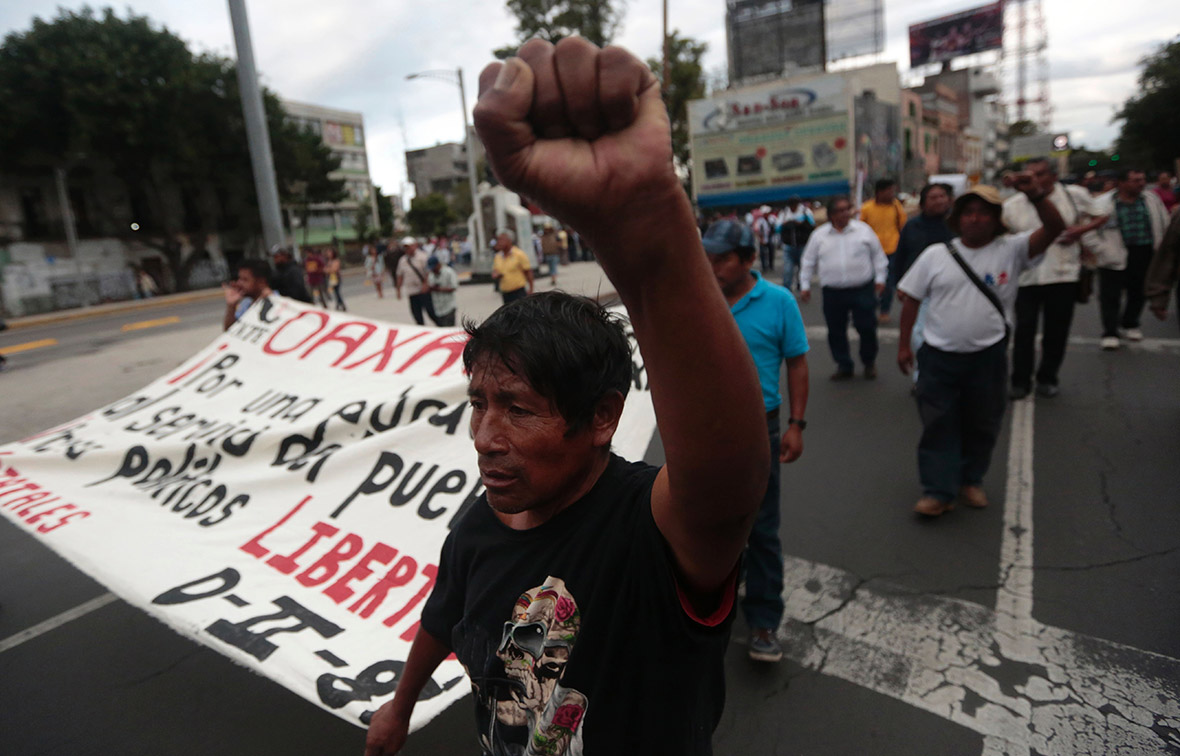 The media has portrayed this as a battle between radical teachers and police but that’s not the whole story. The government and President Enrique Peña Nieto have fueled these protest by ignoring the cries of teachers for education reform and arresting leaders of CNTE a teachers union.

That aggression has now risen from arresting to physically attacking protesters and teachers in a hail of bullet fire. Which after months of being displayed on the internet on Youtube. Now an unknown group of gun men are to blame for Sunday’s incident?

While here in the U.S. we are always criticizing mindless acts of violence will the U.S. Main Stream Media ignore or paint the narrative here when they should be standing with these teachers?

If true the question needs to be asked who are these unknown gunmen?

Is this like Ukraine with snipers firing at both protesters and police or Italy’s Operation Gladio all over again paid mercenaries murdering civilians? Or is this a cover up that Mexican federal police and civilians just clashed in civil war to cover up the backlash?

“This reform is not about education, it is not about improving textbooks, extending class hours or renovating schools facilities, it is about firing and punishing teachers who do not fit the neoliberal standards of the law. It tries to get rid of the revolutionary tradition that has persisted in education since the early 1920s,” ~Academic and Analyst John M. Ackerman

It will be interesting to see what the scripted television media in the U.S. has to say about all this. One thing is for sure we can’t wait for them and we shouldn’t be silent. Let this crisis ring around the world and be the shots heard around the globe. The whole world is watching the teachers in Mexico stop murdering intelligent minds teaching isn’t a crime, protesting for your children’s future isn’t a crime especially in such a poverty driven country like Mexico.