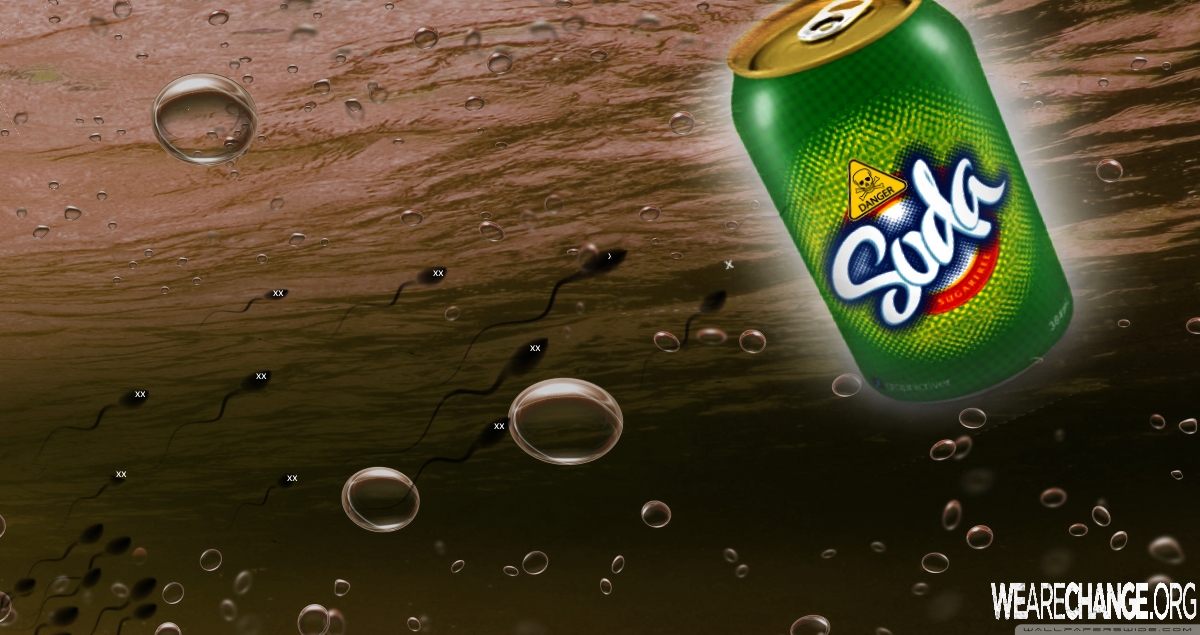 Not only does drinking soda with the ingredient Caramel Color cause cancer, but soda itself also lowers a man’s sperm count, according to scientists.

Following the results of their study of 2,554 men, the researchers warned that drinking one liter of soda per day could reduce an individual’s sperm count by a massive 30%, eventually resulting in erectile dysfunction.

Drinking too much cola and certain other fizzy drinks was also found to have links to men suffering from erectile dysfunction, as discovered by scientists at the Nicolaus Copernicus University and Professor Franciszek Lukaszczyk Memorial Hospital in Bydgoszcz in Poland.
SOURCE: http://www.mirror.co.uk/news/weird-news/shocking-reality-what-drinking-much-8362878

The claim is that a sweetener in the drinks could damage arteries in the penis, resulting in restricted blood flow to the organ.

Earlier in the year it was revealed that artificial sweeteners like Splenda are dangerous and could cause cancer and Leukemia when scientists fed rats with Splenda until they died. Prior to that revelation, in January it was announced that sugar is not good for your body and it could also cause cancer. Another study linked sugar to the growth of cancer. Suggesting that sweetener may be causing the reduction in sperm count is not so outrageous.

Sugar and artificial sweeteners are not the only harmful chemicals in our foods. In 2014, it was revealed that Subway, McDonalds and various other restaurant chains and food producers used yoga mat material in their foods. That’s right, you not only have to worry about GMOs (Genetically Modified Organisms) and sugar/artificial sweetener replacements, but you also have to worry about eating chemical plastic azodicarbonamide.

What is perhaps more shocking is that sugar and azodicarbonamide aren’t the only dangerous chemicals found in the U.S. food supply. Rather, we have chemicals in our food that are actually banned in other countries. In fact, a whopping 80% of U.S. packaged foods may contain dangerous chemicals according to Dailymail.

Knowing all of this, the question remains – How many of our everyday foods are really just poisonous toxins to our bodies, manufactured under the guise of edible, delicious meals?