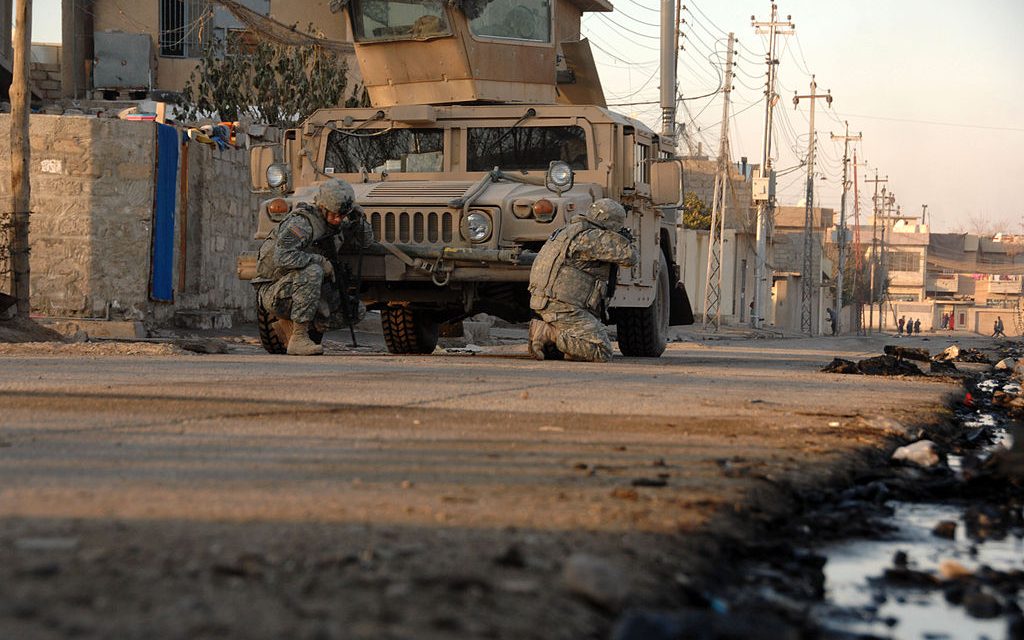 This is how the hypocritical media manipulates us.

In order to determine the truth when it comes to the mainstream media’s coverage of American-led offensives in the Middle East, be sure to scroll down to the bottom of any article. This is where the most important information can be found. As can be seen in a BBC report on the U.S.-backed offensive to retake the Iraqi city of Mosul from the Islamic State, the last line of the article reads:

“The UN said in late January that almost half of all the casualties in Mosul were civilians. At least 1,096 have been killed and 694 injured across Nineveh province since the start of October.” [emphasis added]

Compared with a separate BBC report on the Russian-backed offensive to retake the Syrian city of Aleppo, the media’s coverage of these two military operations can hardly be viewed as balanced. In that report, the idea that Russia is constantly killing civilians is laid out in almost every paragraph.

A spokesperson for the U.N. High Commissioner for Refugees (UNHCR)  reportedly told Russian state-owned news site RT that the situation in Mosul is “incredibly desperate.”

In Mosul, 650,000 civilians are reportedly at risk, and as the U.N. has indicated, half of those being killed in the U.S.-backed operation are civilians. The notion that American bombs are safer and more precise than Russia’s has no evidentiary basis, nor does any suggestion that the troops the U.S. military is fighting alongside are less violent than Russian or Syrian authorities. In fact, the troops fighting alongside the U.S. in Iraq are more or less aligned with those attempting to liberate parts of Syria from terrorist groups, anyway. This demonstrates America’s completely bipolar approach to the Middle East given the U.S. has consistently opposed advances made by these troops in Syria.

In a press briefing, the Pentagon’s Baghdad-based spokesperson, Colonel John Dorrian, admitted that American troops on the front lines have come under fire in Iraq. The Trump administration, with full knowledge of this, is nonetheless reportedly considering a “long-term commitment” to Iraq.

According to a report compiled by a think tank founded by alleged war criminal Tony Blair, at least 65,000 fighters “share key parts of the ideology of ISIS, with 15 of its rivals ready to take its place if it is defeated.”

No matter what the U.S. does in Syria and Iraq regarding combating terror groups, there will always be another group just as deadly and willing to replace its predecessor. The U.S. has clearly used this dynamic their advantage as these terror groups consistently give the American military a cause to intervene, which can provide a smokescreen for the real motives behind the war.

Currently, it is possible that the push to move ISIS out of Mosul is actually an attempt to drive ISIS back into Syria so they can put added pressure on the Syrian regime.

That’s something worth looking forward to.