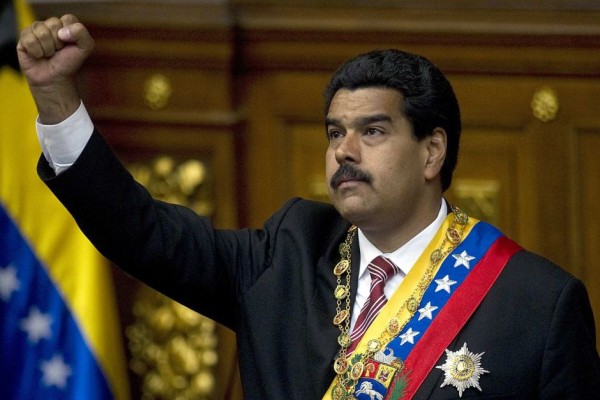 Venezuelan President Nicolas Maduro accused officials at the U.S. Embassy in Caracas of conspiring to bribe people close to the Venezuelan government, including current and former ministers and military officials, in order for them to conspire against the Bolivarian government.

The president made the accusation during a televised speech Tuesday.

Maduro added that the Union of South American Nations (UNASUR) Secretary-General Ernesto Samper will be visiting Venezuela Wednesday to verify claims that a coup conspiracy is afoot in Venezuela, adding that he is calling on the the regional bloc to work with the Community of Latin American and Caribbean States (CELAC) to mediate in the conflict between Venezuela and the United States.

The Venezuelan leader said Samper had been provided with “proof” of the activities of U.S. diplomatic staff in Venezuela and expressed hope that President Barack Obama is unaware of these activities, saying he is giving Obama “the benefit of the doubt.”

He repeated his accusation that U.S. Vice President Joe Biden was behind the plot, saying the U.S. politician told regional leaders that the Venezuelan government would be “overthrown.” Maduro said presidents of the region had told him this directly at the recent CELAC summit in Costa Rica.