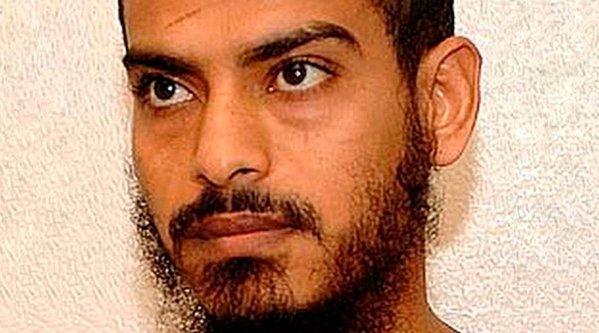 The Obama administration is pushing ahead with its efforts to keep secret an “extremely disturbing” tape of a Guantanamo detainee being force-fed. Having missed a federal court’s deadline, it has notified a judge that it would again appeal the order.
The Department of Justice’s deputy assistant attorney general submitted a notice of appeal in US District Court in Washington, DC on Thursday.

According to The Intercept, the DoJ has until January 22, 2016 to release 11 hours of video material, showing Guantanamo guards using what DC District Court Judge Gladys Kessler said was “a particularly rough treatment” of Syrian detainee Abu Wa’el Dhiab.

The footage shows Dhiab, who was hunger striking at the time, being pulled from his cell and fed against his will by six guards in “riot squad” gear, according to Reprieve, the organization that helps Dhiab in his legal battle against President Barack Obama.

His lawyer described the footage as “extremely disturbing” after examining 28 of 32 total videotapes.

“I’ve had a lot of trouble sleeping this week as a result of watching these tapes,” Alka Pradhan told Al Jazeera at the time.
In May 2014, Dhiab filed a lawsuit asking a federal court to stop force-feeding in Guantanamo.

The fight between the DoJ and Kessler to keep the force-feeding tapes hidden has been ongoing for just as long.

The tapes were first ordered to be released in October 2014, after 16 news companies, including the Associated Press, ABC, the Guardian, and the New York Times, requested them from court records. The government appealed that order, but was denied in May of last year.

Then in July 2015, officials made another attempt to persuade Kessler to reconsider her decision, citing national security fears. They argued that if released, the footage would “inflame Muslim sensitivities” and “subject the US Government to criticism.”

Kessler rebuked the arguments, saying: “What the Government is really saying is that its classification system trumps the decisions of the federal courts as to the public’s access to official court records; in other words, the Executive Branch (in this case, the Military) purports to be a law unto itself.”

This is when she scolded the US government for what she said was “as frivolous an appeal as I’ve ever seen.”

In October 2015, citing “transparency” of the government’s actions as “a cornerstone” of America’s democracy, Kessler again cut short the DoJ’s efforts to continue hiding the video.
Dhiab, a father of four, left Guantanamo for Uruguay in December 2015 after spending 13 years without trial. For five of them, he was expecting his release, which he had been cleared in 2009. Dhiab has been also pushing the US government to release his tapes.

“I want Americans to see what is going on at the prison today, so they will understand why we are hunger-striking, and why the prison should be closed,” he said upon his release. “If the American people stand for freedom, they should watch these tapes. If they truly believe in human rights, they need to see these tapes.”

Closing the military base-tuned-prison in Cuba was one of President Obama’s major promises since his 2008 presidential campaign. Now, six years on and 14 years since it started operating, 91 inmates remain.