US sued over $280bn tax-deductible aid sent to Israel 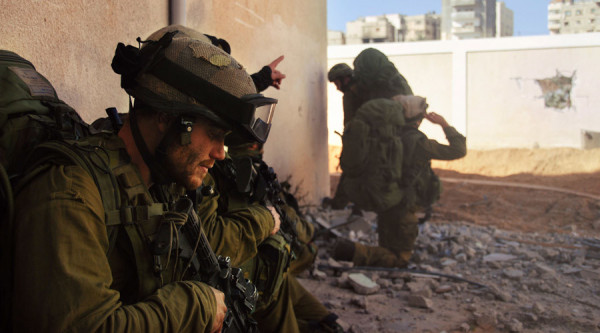 A lawsuit has reportedly been filed against the US Treasury Department, alleging that some 150 NGOs sent as much as $280 billion worth of tax-deductible donations to Israel in the past 20 years.
According to a report by Al Jazeera, the donations were “pass-throughs” to support the Israeli army and settlements in the occupied Palestinian territories which had been ruled illegal by the UN. Susan Abulhawa, a prominent Palestinian-American writer and human rights activist, has reportedly put her name on the 73-page lawsuit.

The lawsuit reportedly claims that the grants sent over to Israel were filed as part of the US income tax regulations code 501(c)(3).

501(c)(3) stands for a nonprofit organization that has been recognized by the IRS (the US Internal Revenue Service) as being tax-exempt by virtue of its charitable programs.

US billionaire Sheldon Adelson, 82, and several other pro-Israeli businessmen came to be named in the lawsuit as donors but not as defendants, Al Jazeera reported.

The Treasury Department has reportedly declined to comment on the suit, saying the judicial process is ongoing.

Israel is the “largest cumulative recipient of US foreign assistance since World War II,” according to the latest congressional report on aid to the country.

To date, the United States has provided Israel as much as $124.3 billion in bilateral assistance. Almost all US bilateral aid to Israel is said to be “in the form of military assistance.”

In 2007, the Bush administration and the Israeli government agreed to a $30 billion, 10-year military aid package for the period from fiscal year 2009 to fiscal year 2018.

Israel allegedly made a request for its annual defense aid from Washington to be raised to as much as $5 billion after its current package (worth about $3 billion a year) expires in 2017, congressional sources told Reuters last month. It means Tel Aviv could get a total of $50 billion in military aid over 10 years.
According to sources, Israel says it needs more money to counter threats that may allegedly arise as a result of the international agreement on Iran’s nuclear program.

“It’s no secret the security environment in the Middle East has deteriorated in many areas and, as I’ve said repeatedly, the security of Israel is one of my top foreign policy priorities, and that has expressed itself not only in words but in deeds,” Barack Obama said during his meeting with Israeli Prime Minister Benjamin Netanyahu last month.

“I want to be very clear that we condemn in the strongest terms Palestinian violence against its and innocent Israeli citizens. And I want to repeat once again, it is my strong belief that Israel has not just the right, but the obligation to protect itself,” the US president added.

“Israel has shouldered a tremendous defense burden over the years and we have done it with the generous assistance of the United States of America,” he noted.

Earlier this month United Nations experts called for an end to the harassment of human right defenders in the Occupied Palestinian Territory, calling the attacks – which include physical violence and death threats – “unacceptable.”

“Amidst a charged and violent atmosphere over past months in the Occupied Palestinian Territory, Palestinian and international defenders are providing a ‘protective presence’ for Palestinians at risk of violence, and documenting human rights violations,” Michel Forst, the UN special rapporteur on the situation of human rights defenders, said.

In July 2014, in retaliation against Hamas rockets, Israel launched a military offensive in the Gaza Strip, dubbed “Operation Protective Edge.” It claimed the lives of some 2,251 Palestinians, mostly civilians, and 72 Israelis, according to the UN.