VIDEO: What You Need To Know About Black Lives Matter 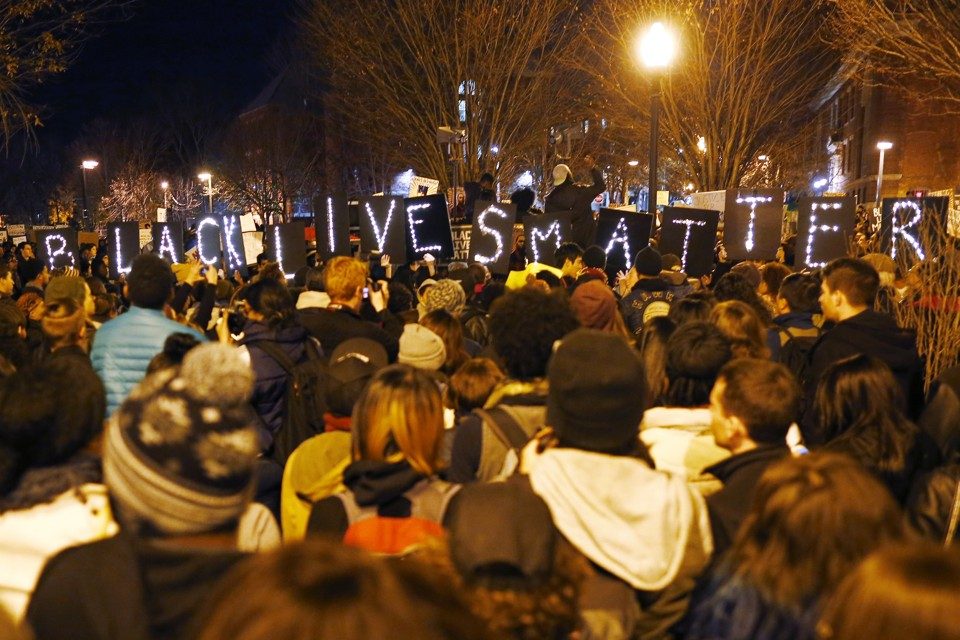 The deaths of black men at the hands of police in Tulsa, Oklahoma, and Charlotte, North Carolina, have sparked protests and riots over the last week…but there’s more to the story, and in this video, we’re going to take a look at what you need to know about Black Lives Matter.

The latest round of protests began after Terrence Crutcher was shot and killed by police in Tulsa, Oklahoma, on Sept. 16. Tulsa police arrived on the scene after they received a 911 call from a woman claiming that Crutcher was blocking the road with his vehicle and warning that might blow up.
Betty Shelby, the officer who shot and killed Crutcher, was charged with felony manslaughter, and while there were protests in Tulsa, they were nothing like the riots that followed as the week went on.
Keith Scott was shot and killed by police in Charlotte, North Carolina, on Sept. 20. Police officers were in the neighborhood serving an arrest warrant for a different individual when they encountered Keith. While some say Keith was holding a book, police claim he was holding a gun. His wife released a cell phone video she took detailing the moments leading up to the shooting, but it is still not clear what Keith was holding.
Here’s the thing… Do we have a problem with police brutality in the United States. Yes, we absolutely do. We live in a country where the police kill an average of 1,000 Americans a year. According to The Counted, a database run by The Guardian, U.S. police have killed nearly 800 people in 2016. But the majority of the Americans killed by police actually aren’t black. In 2016, 388 of the 793 Americans killed by police were white, and only 194 were black.
So where does Black Lives Matter come into play? The movement originated in 2013 after George Zimmerman was acquitted in the shooting death of Trayvon Martin. Black Lives Matter is branded as an activist movement that campaigns against violence and systemic racism toward black people.
But why has it led to even more racial division? Any time you hear Black Lives Matter, one important name should come to mind: George Soros. Leaked documents from the Open Society Foundation funded by Soros revealed last month that the liberal billionaire gave over $650,000 to the movement in April 2015. A recent report from the Washington Times claims that the number is actually much higher, with Black Lives Matter receiving a total of $33 Million from Soros.
[RELATED: Top 3 Most SHOCKING Revelations From The Soros Hack]
If you’re not familiar with George Soros, he is the largest donor to the Clinton campaign. The same leaks that revealed his involvement with Black Lives Matter, also revealed that he manipulated media coverage of the crisis in Ukraine, and that he wants the Syrian refugee crisis to be the new normal.
Yes, police brutality is a problem in the United States. But by pretending to help the cause while taking millions of dollars from corrupt billionaires like George Soros, Black Lives Matter is doing nothing more to help the cause than their puppets who start riots and loot local businesses.
Follow Rachel Blevins on Facebook and Twitter.