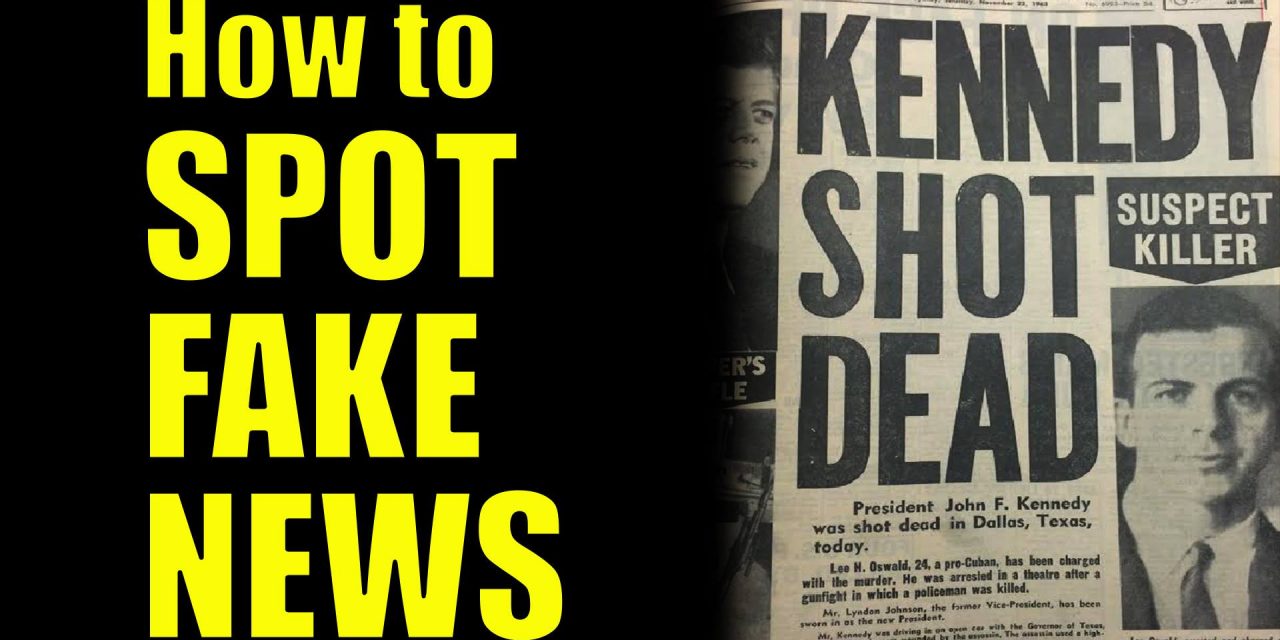 In this video Jason Bermas talks about the problem of ‘Fake News’. He tells us what fake news is and that even large media organisations are guilty of putting out this type of propaganda. He explains how fake news is presented as fact and then spreads over social media. He also points out some issues with the administration of Donald Trump that have conveniently gone under reported. Make sure to check it out below!

One case of fake news that was often reported on in 2016 was that of the little girl, Bana Alabed. The story of Bana all began in September of 2016 when a 7 year old girl began to tweet from eastern Aleppo to share with the world her anxiety about living in a war-torn city. Her mother Fatemah is a teacher who ‘manages Bana’s twitter account’ and occasionally tweets herself.

Bana’s sole purpose in tweeting was to tell us about the bombing of Aleppo by Putin and Assad and to ask us to do something about it. The tweets were almost invariably variations on the themes of bombs, the need for peace, pray for us and save us.

Other Twitter users became suspicious. Bana had good English and had access to Twitter in a war zone, where others did not. Some felt the tweets went a bit beyond the pale when Bana asked for an escalation to the violence, even going so far as to call for the start of a world war.

It was also very curious to watch as a major celebrity, a celebrated writer, none other than the amazing J.K. Rowling, struck up a friendship with the little girl. Rowling gifted Bana an ebook, after her mother messaged her on Twitter, telling her the youngster had enjoyed the movies and wanted to read more about the wizard but couldn’t find the books anywhere due to the civil war.

An exchange between the two:

My friend @jk_rowling how are you? Thank you for the book, love you from #Aleppo. – Bana pic.twitter.com/c84b4Zux0G 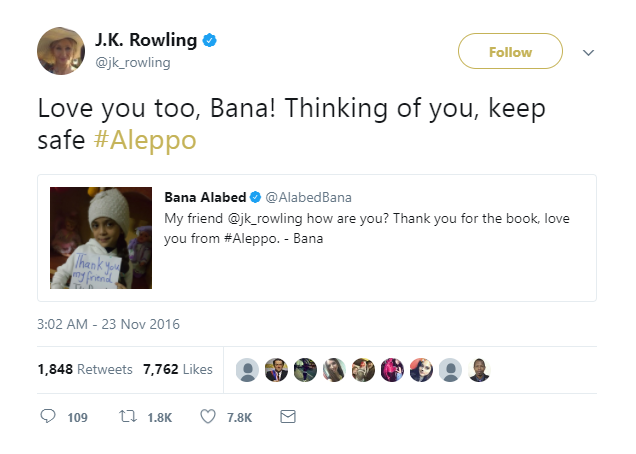 Towards the end of 2016, messages on social media started appearing from people who were saying ‘goodbye’ because it was ‘the last days’.

My name is Bana, I'm 7 years old. I am talking to the world now live from East #Aleppo. This is my last moment to either live or die. – Bana

Here are three of the well known fake news ‘goodbye’ videos. One woman claims 50,000 civilians will be executed or have already died in the bombings.

Carla Ortiz did an interview with CNN and at 3:22 minutes she says that she went to Aleppo herself and that there is no internet there and often no electricity. Ortiz says it would be impossible for Bana to be tweeting.

In December of 2016, a video of Bana with Recep Tayyip Erdogan, the current President of Turkey was seen online. A geopolitical analyst tweeted that she suspected that Bana had been in Turkey the whole time. 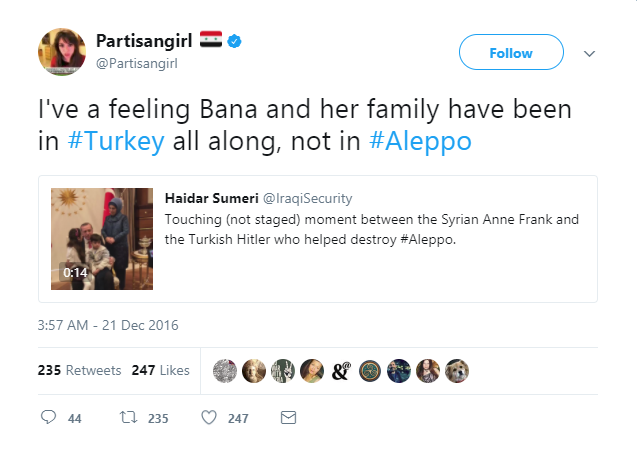 With the event of Trump being elected President in January of 2017, Bana wanted to show her full support for an intervention in Syria. Again, hardly the type of language a 7 year old would use. Also notice she criticises Assad and Putin but not Al-Nusra Front.

“In spite of the Bana account’s fear-mongering, the girl and family were safely evacuated to Idlib, as promised and honored by the Syrian government. Bana and family went on from Idlib to Turkey, becoming citizens in mid-May of 2017.”

I am a Turkey citizen now. pic.twitter.com/ov0BMDptSw

This geopolitical analyst has been reporting every time an area of Syria is liberated, yet we never get to hear about it in the main stream media. Since they reported that Assad had been killing his own people, they wouldn’t have been able to explain why the people were happy to return to government controlled areas. It wouldn’t have fit with the fake narrative. 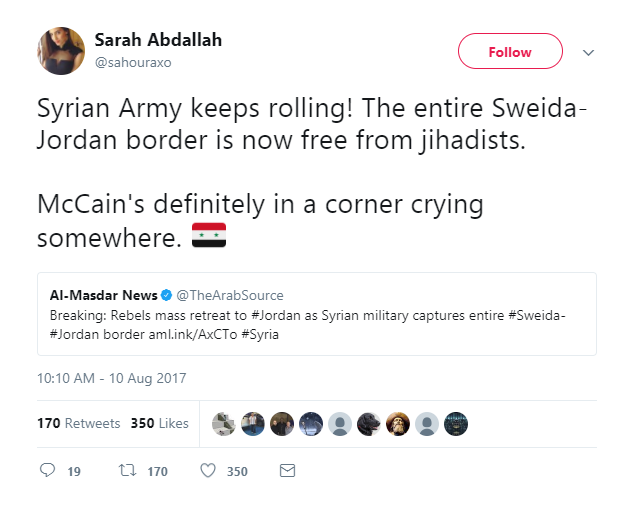 If you think the concept of fake news like the case of Bana is something new, you’d be wrong. Governments have used propaganda for years to garner public support where normally there would be none. As humans, we do not naturally support the murder of strangers, so the government has to do something to change our minds.

Now that we have access to the ‘information super highway’, or Internet, it is our duty to do our own research and find out what is real and what is fake. We must also look into issues which are treated with a media black out, like Yemen. Since Yemen is the poorest country in the Middle East, the UK and US governments knew they wouldn’t be able to spin the war there into anything other than what it is – horrific murder and the starvation of children.