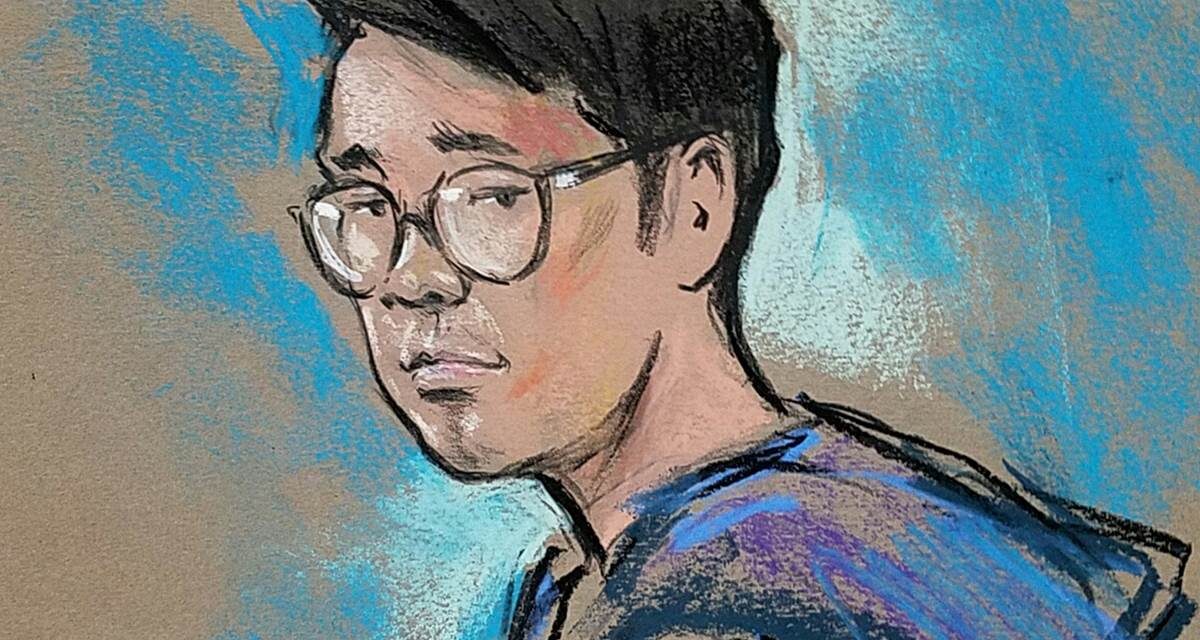 On Monday, February 27th I attended an event hosted by Roger Stone at the Hay Adams Hotel to celebrate the release of his new book — so did the White House fence jumper.

The formal event was beautiful and packed with journalists from Breitbart, the Atlantic, and many other outlets — as well as some of Stone’s biggest fans. Among them was Jonathan T. Tran, 26, who mingled his way through the crowd.

Following the event I went to Off the Record, the bar downstairs, with several friends. We sat at a table close to the entrance and laughed about the brilliant coasters adorned with artwork of Paul Ryan, President Donald Trump, and the first lady. Tran joined us, ordering a hamburger and fries. He seemed very much like everyone else in DC — a slightly awkward political junkie.

As we said our goodbyes and began to head our separate ways, Tran asked a friend of mine at the table if he could give him a ride to Trump International Hotel. I assumed that they knew each other and offered to walk with him, since I was heading there to have a drink as well.

We discussed the event, the city, and of course, Donald Trump. He told me how much he loves alternative media, and we agreed that the mainstream media had waged war on the president by no longer even pretending to hide their bias against him.

About halfway to the hotel, I realized that walking in expensive heels isn’t generally fun, and hailed a cab. After we got in, I asked Tran if he had been in town for CPAC, which had just concluded over the weekend. He explained that he had travelled across the country just for Stone’s event — and said that he did not even have a place to stay. He told me that he was planning to book a room at Trump International, though he was a bit concerned about the cost.

We walked into the hotel and took seats at the bar, and he kindly offered to buy my drink. I declined and purchased my own, but we sat together and chatted. He was fidgety, and wanted to move to a table so that he could see who was coming in, but I told him I wasn’t going to stay long and would rather just stay where we were.

At this point, Tran explained that he was actually in town because he was hoping that Donald Trump would be at Stone’s event. When the president did not attend, he decided to try to find a journalist to give a “massive story,” and was terribly disappointed that he did not meet anyone. I mentioned that I write for multiple outlets and may be interested — depending on what he had and what it was about. When I told him that I write for We Are Change he was excited, explaining that he was a fan, and claimed that he had “top secret insider information” — which was “not to be taken lightly.”

Tran pulled out a small piece of paper and a pen from his backpack and began to write something down, he passed me a note explaining that it was about the infamous “Golden Showers” dossier released by Buzzfeed. As I have been covering the dossier for Sputnik News, I told him I was listening.

He leaned in close and whispered:

“The dossier is my fault…”

Confused, I asked him to repeat himself.

“The Russian dossier, it’s my fault. I wrote it.”

Tran explained that he believed Christopher Steele’s dossier, which was irresponsibly released by BuzzFeed without any of it being substantiated, was adapted and partially plagiarized from a complaint that he had filed several years ago about a former roommate.

I blinked, and realized that this person probably didn’t actually know any of my friends.

He continued on to tell me that the CIA and FBI had been after him, painting him as schizophrenic so that nobody would believe his claims. He slipped me another note with his Twitter handle, which I have since misplaced.

Tran began scanning the room wide-eyed and impatiently, looking for someone “in the Trump administration” to get his information to, claiming that the president was in danger — and that he felt he was responsible for it. He asked me if I knew anyone who knew the president, and if I could help get a letter to him. I told him that I did not.

He was very worried about Trump’s safety, stressing that the president would understand if he could just speak to him.

At this point, I realized I needed to leave and alert security, just in case. I told him that I would be in touch, but that I needed to get home as it was getting late.

I walked over to the entrance and told a friend who works at the hotel that I was concerned about the person I was speaking with, as he was telling me a pretty wild tale. I suggested that they may want to keep an eye on him, especially if anyone from the administration came in, but also stressed that he is a very nice guy who is probably just having a bad time.

Moments later, Lee Stranahan from Breitbart News told me that he was heading to the hotel, and convinced me to stay and hang out. I decided to stay, but waited outside until he arrived with his friends.

When I went back into the hotel with them, Tran was no longer at the bar.

On Friday evening, March 10, Tran jumped the fence to the south entrance of the White House with two cans of mace, and a letter for the president. He is now charged with entering restricted grounds with a weapon, which carries a fine and up to 10 years in prison.

On Monday, a federal judge released Tran on his own recognizance provided that he stay within 100 miles of his home in Milpitas, California, other than for court appearances, and undergo a mental health evaluation. He is scheduled to be fitted with a GPS device on March 16 in California.