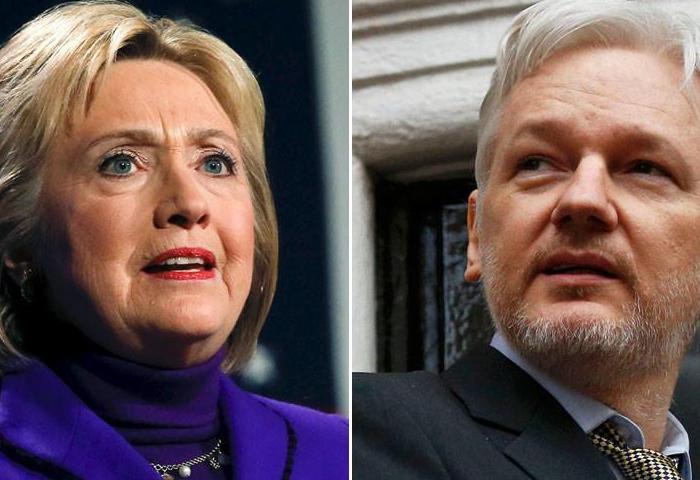 Wikileaks has released the third batch of emails of Clinton Campaign chair John Podesta, revealing the campaign’s further collusion with so called “journalists” in the mainstream media, attack strategies against Bernie Sanders and Donald Trump, and “Hillary’s hate for everyday Americans.”

“I know she has begun to hate everyday Americans, but I think we should use it once the first time she says I’m running for president because you and everyday Americans need a champion.” – John Podesta wrote to Jennifer Palmieri, Clinton’s Director of Communications.

Campaign says Hillary doesn't like everyday Americans.She is not with anyone but herself. #Wikileaks #PodestaEmails3 https://t.co/PhFFiESi2P

Clinton’s disdain for Americans was shown through Clinton’s leaked comments about having a public and private opinion on an issue – her strategy to lie to voters then pull a switcheroo on an issue like gay marriage. She has even been caught saying that she is distanced from the middle class in previous emails leaked by Wikileaks on Hillary’s infamous Wall Street transcript speeches Friday.

In another email to Jennifer Podesta wrote about the news website Business Insider, a publication he and she both called right wing  in an attempt to confirm Clinton’s attendance at an event on April 12, 2015, the day she announced her run for president. Which shows more media collusion then we have the leaked emails that show the New York Times allowed Hillary to veto quotes.

“Am I right that they’re right wing? They get a fair amount of traffic,” Podesta asked. “They are right wing, but Philippe [Reines, Clinton’s former State Department aide] weirdly has cultivated them,” Jennifer  Palmieri said.

A July 2015 email  discusses the Clinton campaign’s strategy to address the National Council of La Raza and to capitalize on Donald Trump’s remarks about Mexican immigrants being “killers and rapists.”

“Haim [Saban, owner of Univision and major Democratic donor] thinks we are under reacting to Trump/Hispanics. Thinks we can get something by standing up for Latinos or attacking R’s for not condemning,” Podesta wrote.

“Haim is right – we should be jamming this all the time,” Palmieri replied.

An October 2015 email from Tony Carkk contains a list of the Clinton campaign’s “hits” on Sanders.

A conversation between the campaign and the pollsters in February 2016, after Sanders won New Hampshire discusses “new possible negatives” “since most of our attacks haven’t been working.” One of several ideas was to condemn Sanders for “socialism” and say he wants to “gut America’s national security.”

Neera Tanden President and CEO of the Center for American Progress asks Podesta in an email dated March 12, 2016.

“Can Obama even hint of support of Hillary before Tuesday? Really, just a directional nod would be helpful.”

“Maybe they don’t want to do this, but the stakes are pretty damn high in this election for him,” Tanden, says. Podesta replies “Why don’t you push Valerie a little bit,”

We will continue to keep you up to date as more emails leak from Wikileaks. Assange has claimed that he has a total of 50,000 emails that Wikileaks will be releasing.