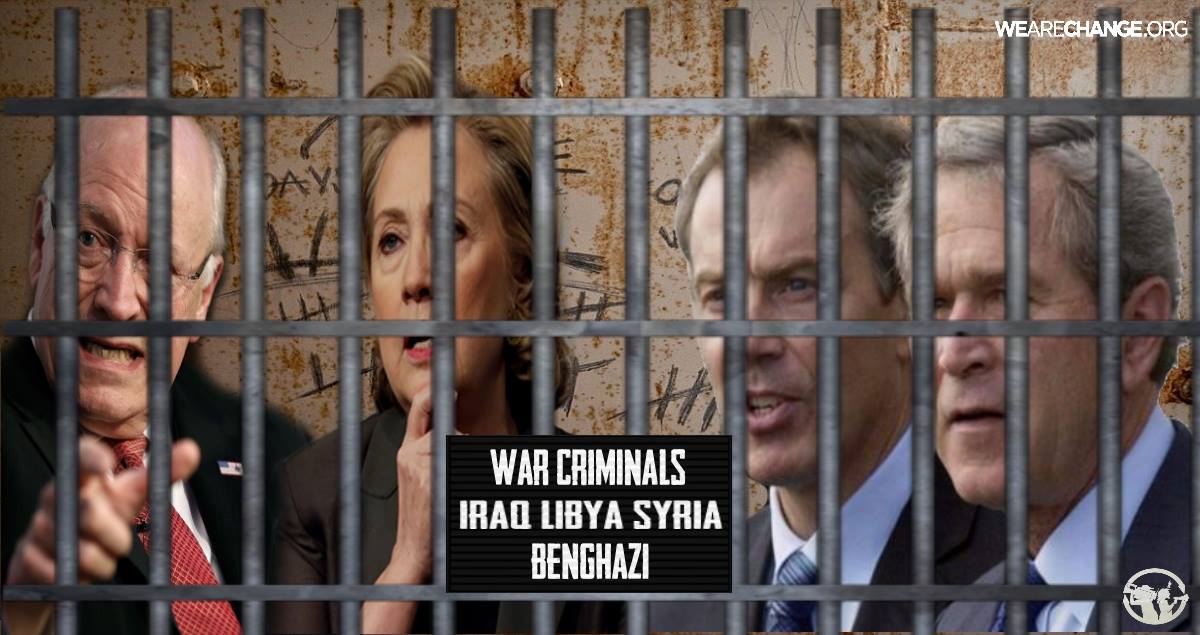 Wikileaks has started to leak more of Democratic nominee Hillary Clinton’s emails as Julian Assange promised and We Are Change reported a few weeks back. In the midst of the FBI questioning Hillary Clinton for three hours on Sunday over the security and her use of a private email server as U.S. Secretary of State, Wikileaks dropped the hammer.

On Monday, Wikileaks leaked 1,258 emails of Hillary Clinton’s discussing the Iraq war ahead of the British Chilcot report due out later this week.

Ahead of the #Chilcot report: 1258 Hillary Clinton emails on #Iraq https://t.co/HNnujrB20o

Last year it was revealed that Tony Blair and George W. Bush Jr. planned the Iraq invasion one year prior. Will this be included in the Chilcot report? The inquiry is expected to detail Britain’s role in the Iraq war.

Four-star U.S. General Wesley Clark previously alleged in 2007 that multiples wars were planned prior to the invasion of Iraq.

Let’s remember that it was a fraudulent report by Downing Street that started the invasion over fake Weapons of Mass destruction. Even the CIA/Mi6 and other various agencies admitted the report was fake. Bush continued to claim that WMDs had to be somewhere in Iraq despite the U.S. knowledge that Iraq and Saddam had no WMDs.

The U.S. black ops sordid history in the middle east is rarely discussed. In 1988, Ronald Reagan and the CIA helped Saddam carry out chemical weapons attacks on Iran. The CIA was caught recently in 2015 trying to forge nuclear evidence of Iran thanks to ex-CIA whistle-blower Jeffrey Sterling, who documented the agency’s continuing of its war mongering ways and told the public, facing 100 years in prison for revealing high level corruption and outright treason.

So what will come of these leaked wikileaks emails and the Chilcot report? Will any previous unknown shocking information be revealed from Hillary’s leaked emails? And what about Hillary? Remember Assange promised to leak enough information that could indict Hillary Clinton. But Hillary isn’t the only war mongering criminal who should be in jail — Tony Blair and George Bush Jr., and a lot of other war criminals need to be in jail for planning the Iraq invasion one year prior and profiting off the suffering of a war that took 500,000 lives.

That’s half a million people affected by a fraudulent weapons of mass destruction report to go to war for geo-political means. This right here is why we can’t have nice things — and it’s also the mind set that fueled the rise of ISIS.

Two Pentagon officials proclaimed the U.S. funded ISIS to overthrow Assad . When will the CIA learn with so many failed coups backfiring to stop poking it’s ugly head into other countries affairs?

What happened in Iraq was horrible just listen to John Michael Turner’s testimony of how absolutely horrifying the invasion of Iraq was.

“War will exist until that distant day when the conscientious objector enjoys the same reputation and prestige that the warrior does today.”
-JFK