Here are live feeds of media outlets covering the subway shooting in Brooklyn.

@POTUS has been briefed on the latest developments regarding the New York City subway shooting. White House senior staff are in touch with Mayor Adams and Police Commissioner Sewell to offer any assistance as needed.

Homeland Security Secretary Alejandro Mayorkas has also been briefed on the incident.

@SecMayorkas has been briefed on the current situation in Brooklyn and is closely following ongoing developments. @DHSgov will continue to support @NYPDnews, other local and state officials, and the people of New York in any way needed.

Update (1004ET): The ATF has arrived on the scene of the shooting incident in Brooklyn. The agency will be reviewing shell casings to determine what type of weapon was used.

.@ATFNewYork is on scene of the shooting incident in Brooklyn assisting @NYPDnews. pic.twitter.com/GoMXdKspIK

Here’s the location of the incident. 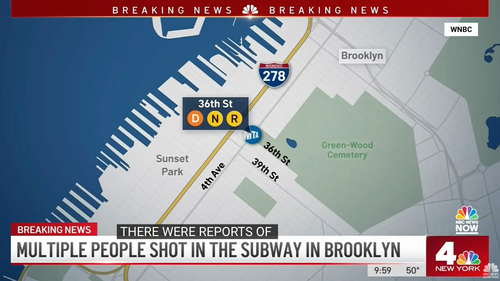 Update (0958ET): NBC News reports the suspect is a Black male, 5-foot-5 and 175 to 180 pounds wearing an orange construction vest and gas mask. A massive manhunt is on the way.

Update (0953ET): NBC News reports at least 13 were injured in the Brooklyn subway shooting incident. The media outlet said surrounding schools are on lockdown as NYPD searches for the suspect. 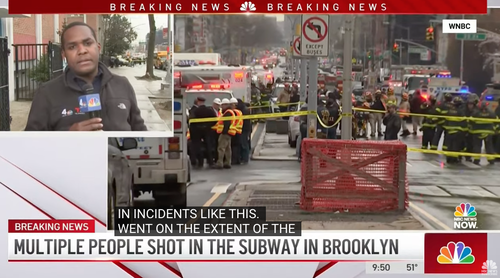 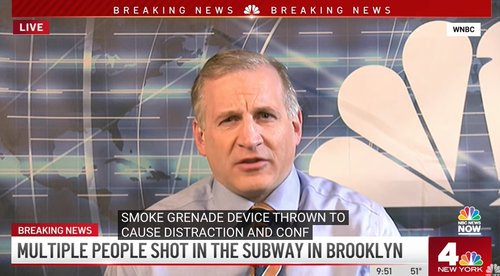 At least six people have been shot, and multiple explosives were found at a Brooklyn subway station during the Tuesday morning rush hour.

Several law enforcement sources told NBC New York that the suspect was “dressed in clothing that resembles those worn by MTA workers threw some device and opened fire.”

Multiple people shot at 36 street station by two people in #sunsetpark. All are currently being transported to the hospital #NewYork #Brooklyn pic.twitter.com/3Va2iXf0JQ

????According to eyewitnesses, two people could have arranged shooting in the subway, one was dressed in the uniform of a subway employee. According to the American media, many non-detonating explosive devices were found at the scene. ? Ax Live #Ukraine #UkraineWar #Russia pic.twitter.com/P6dtoOrrqM

Some said they survived a “mass shooting incident.” 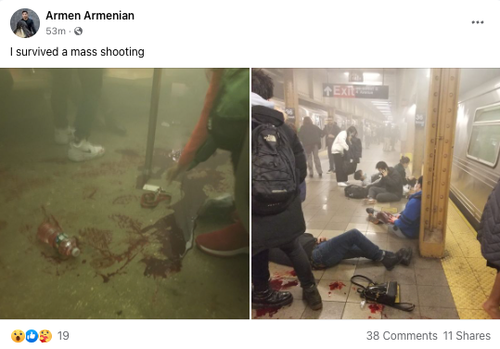 ABC7 New York said a manhunt is underway for a “gunman described as wearing a gas mask and an orange construction vest.”