A Third of Americans Are Skeptical of the COVID-19 Vaccine

The great news is that on Wednesday, approximately 33.8 million people have received at least one COVID-19 shot, including 10.5 million people who have been fully vaccinated, according to the Centers for Disease Control and Prevention (CDC). Now for the bad news. A new study shows about 1 in 3 of respondents won’t get the vaccine. 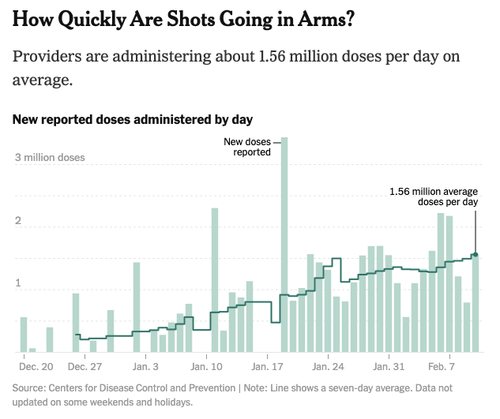 The poll, commissioned by The Associated Press-NORC Center for Public Affairs Research, found 67% of respondents are willing to get vaccinated, are in the process of waiting for a shot, or have already done so. The poll uncovered a surprisingly large part of respondents who are vaccine skeptics.

About 15% of the respondents said they wouldn’t take the vaccine, and 17% said probably not. Many of these people were concerned about their health since there was no extensive vaccine testing. They questioned the vaccine’s safety and effectiveness.

About a month and a half into the vaccine rollout, the poll suggests vaccine skeptics continue to increase.

Dr. Anthony Fauci, the White House pandemic adviser, has said between 70% and 85% of the US population needs to be vaccinated to achieve herd immunity and defeat the outbreak.

… and at 67% of Americans planning to get vaccinated – that may not be enough.

A similar survey via the Kaiser Family Foundation recently found that 31% of Americans said they want to see more results about the vaccine’s effectiveness and side effects before committing to the shot.

Additionally, 13% of respondents completely refused to take it, and another 7% claim they only will if forced, bringing the total of respondents reluctant to take or hesitant of the vaccine to 51%.

The latest numbers reflect American’s growing distrust in the governmental effort to distribute and have the vaccine administered.

One health expert was concerned with AP’s poll results.

“No. No, no, no, no,” said William Hanage, a Harvard University expert on disease dynamics.

Hanage added: “You’re going to need to get quite large proportions of the population vaccinated before you see a real effect.”

AP’s poll was conducted among 1,055 adults between Jan. 28 through Feb. 1, which provides further insight into the growing skepticism behind the federal government and mega-corporations pushing the population to get vaccinated.

After all, Johnson & Johnson CEO Alex Gorsky told CNBC on Tuesday that Americans may need to be vaccinated yearly against COVID-19.

Vaccine skepticism has been growing beyond the US and, according to Katie Jones of VisualCapitalist, has become an international phenomenon, with at least a third of the global population having some concerns. 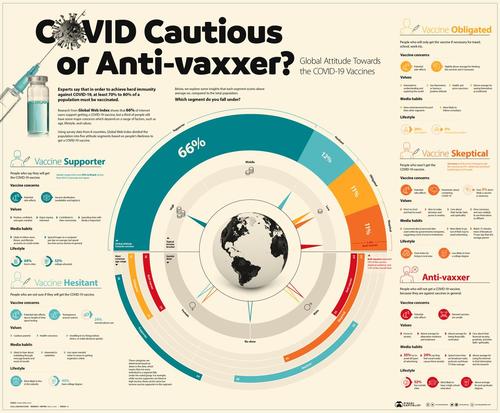 To vaccinate, or not to vaccinate? That is the question.