Sunday saw huge clashes erupt between the armies of Armenia and Azerbaijan along the already militarized and disputed Nagorno-Karabakh border region. An official state of war in the region has been declared by Yerevan.

“Early in the morning, around 7 a.m. the Azerbaijani forces launched a large-scale aggression, including missile attacks…” Armenia’s Defense Ministry stated Sunday. Armenia has since reportedly declared martial law and a “total military mobilization” in what looks to be the most serious escalation between the two countries in years.

Air and artillery attacks from both sides ramped up, with each side blaming the other for the start of hostilities, while international powers urge calm. Crucially, civilians have already been killed on either side by indiscriminate shelling. At least a dozen soldiers on either side have also been reported killed.

Armenia’s high command has ordered all troops throughout the country to muster and report to their bases: “I invite the soldiers appointed in the forces to appear before their military commissions in the regions,” a statement said.

Armenia’s military has released footage of significant tank warfare in progress. The below is said to be Armenian army forces destroying Azerbaijani tanks:

And here’s more from Sunday’s fighting:

The recent conflict hearkens back to 2016, but before that to post-Soviet times. Christian Armenia and Muslim Azerbaijan fought a war at that time in which at least 200 people were killed over Armenian ethnic breakaway Nagorno Karabakh, which declared independence in 1991, despite being internationally recognized as within Azerbaijan territory.

The first war for the territory finished in 1994, but the region has been militarized since, amid sporadic shelling.

A new footage by Azerbaijan that shows further drone attacks against the Armenian positions pic.twitter.com/pWJJd2JX9z

Dozens of civilians have already been injured Sunday in the major flare-up of fighting, as CNN reports:

While Armenia said it was responding to missile attacks launched by its neighbor Sunday, Azerbaijan blamed Armenia for the clashes.

In response to the alleged firing of projectiles by Azerbaijan, Armenian Prime Minister Nikol Pashinyan tweeted that his country had “shot down 2 helicopters & 3 UAVs, destroyed 3 tanks.”

Multiple dramatic battlefield videos are circulating on social media confirming the large-scale deployment of tanks, artillery units, and airpower. Multiple Azerbaijani soldiers have been reported killed, but it’s as yet unclear what casualty numbers could be.

Turkey’s role in new fighting is attracting scrutiny. Its foreign ministry blamed Armenia and called for it to halt military operations, however, it hardly appears to be a mere outside or ‘neutral’ observer, given new widespread reports Turkey has transferred ‘Syrian rebel’ units to join the fighting on Azerbaijan’s side.

There’ve been reports over the past week that NATO’s second largest army has been shipping its SNA Syria “rebel” proxies to Azerbaijan for a planned attack on Armenians. Turkey just can’t leave Armenia alone, 100 years after its genocide. https://t.co/cNoEDJxsnQ

These reports of Turkish supplied Syrian mercenaries began days ago, in what regional analysts predicted would be a huge escalation in hostilities in the Caucuses.

Armenian Prime Minister Nikol Pashinyan late in the day slammed Turkey’s meddling in the conflict. Ankara had called Armenia “an obstacle” to peace after the fresh hostilities broke out. Yerevan has now formally confirmed Turkey is supplying fighters. 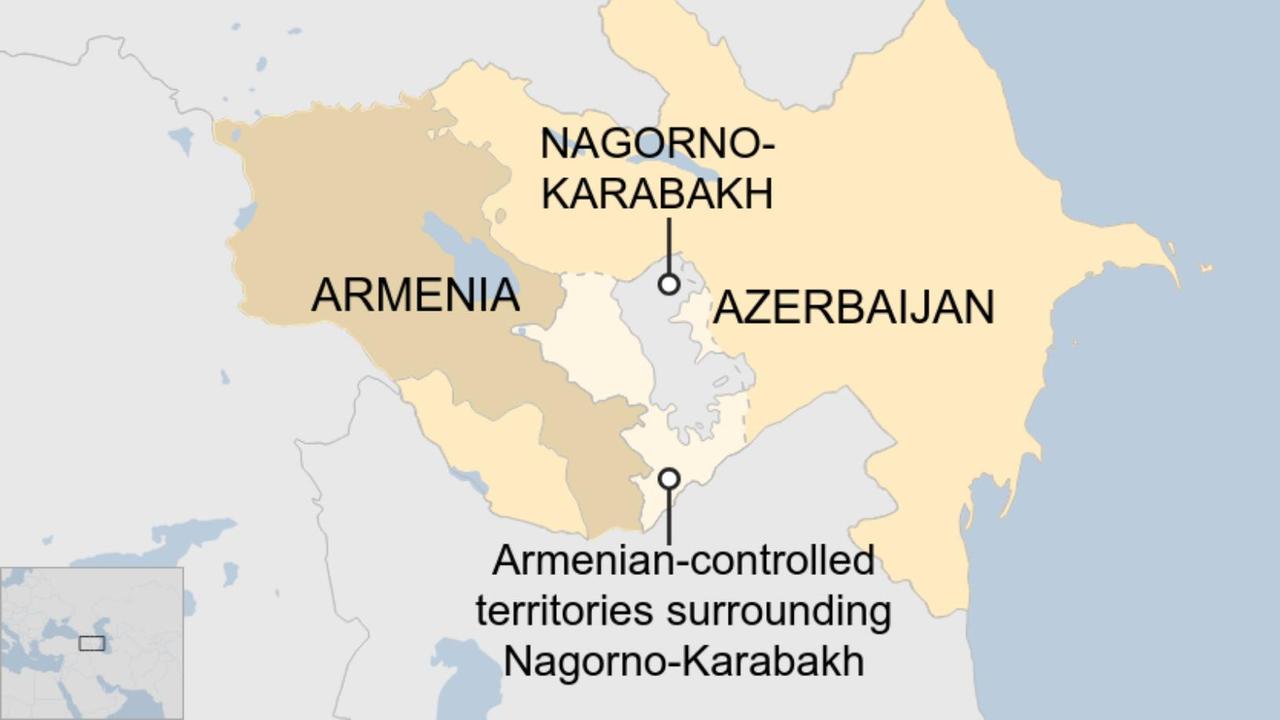 Given the number of vital oil and gas infrastructure facilities and pipelines in the region, impact on global markets could be seen as early as Monday.

Clashes erupted between Armenia and Azerbaijan over the volatile Nagorno-Karabakh region, reigniting concern about instability in the South Caucasus, a corridor for pipelines transporting oil and gas to world markets https://t.co/tVxDtV3zZb pic.twitter.com/bmBh5EzLBZ

“At least 16 military and several civilians were killed on Sunday in the heaviest clashes between Armenia and Azerbaijan since 2016, reigniting concern about stability in the South Caucasus, a corridor for pipelines carrying oil and gas to world markets,” Reuters reports.

Azerbaijan has also declared an official state of martial law while clashes between the armies are unfolding.

Video of people across Armenia lining up to mobilize to the front lines as people continue to be drafted and recruited.

Unverified footage of frontline fighting into the night:

#Armenia
• 16 Armenians have been killed, 100+ injured
• State of emergency, general mobilisation of the population declared #Azerbaijan:
• 7 villages captured from Armenia
• A state of war and curfews have been declared.#AzerbaijanIsNotAlone pic.twitter.com/XwPRDZCGTb

The fighting is expected to grow fiercer along front lines in the disputed region into the night as the prospect of a full ‘state of war’ is looming between the historic rivals.