Almost five short months ago, ‘journalist’ Ryan Broderick was the envy of his fake news peers. The BuzzFeed ‘senior reporter’ had just written a hit-piece against Zero Hedge slamming us over the ‘conspiracy theory’ that COVID-19 may have emerged from a lab in Wuhan, China, and claiming that we doxed one of their scientists. Hours later, we were summarily kicked off of Twitter – a ban which has since been reversed after the social media giant admitted they were in error. Meanwhile, the lab origin ‘conspiracy theory’ has gained widespread support and is now the focus of several international investigations into the CCP lab.

Less than 48 hours after our February Twitter ban, internet sleuths discovered that Broderick had previously blogged about pedophilic fantasies involving young boys. Why he wasn’t fired on the spot is anyone’s guess. Perhaps former BuzzFeed editor-in-chief Ben Smith (now with the ‘Pedophilia: A Disorder, Not A Crime‘-promoting New York Times) has a soft spot for Ryan.

On Friday, Broderick was fired for plagiarism after BuzzFeed‘s new editor-in-chief, Mark Schoofs, published “A Note To Our Readers” detailing eleven instances where Broderick lifted content from other publications without attribution going back to 2013, including his hit-piece against Zero Hedge.

“BuzzFeed News has found that the following articles do not meet our editorial standards, as laid out in our standards and ethics guidelines,” reads Schoofs’ note. “As a result, the articles have been updated to more clearly attribute phrases and sentence construction to material previously published by other news organizations.”

Which is a long-winded way to say: ‘Our Senior Reporter got caught plagiarizing eleven times, so we’re doing damage control.’

It’s their pedo sympathizer @broderick – apparantley he would just copy and paste from AP articles.https://t.co/zrl1zhD6Tc

And now, Ryan can simply learn to code. Perhaps he should avoid blogging, photography and playgrounds. 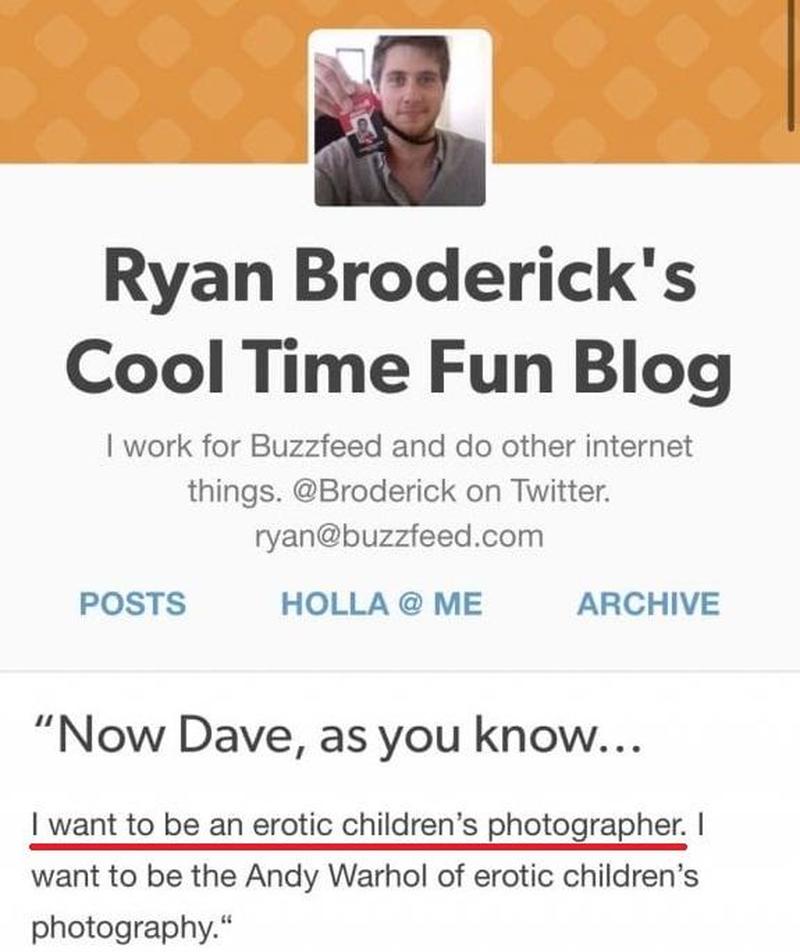