China is Building an Army of Terrifying Robot Dogs

For years readers have read our countless notes on Boston Dynamics‘ four-legged Spot robot. Now there’s a new robo-dog in town, and its name is “AlphaDog.”

Chinese tech firm, Welian, has developed the Chinese version of Spot called AlphaDog, which is already on sale for $2,400. Compared to the $74,500 price tag of Spot, this robo-dog is more affordable than the US version.

AlphaDog’s design is similar to SPOT – and it even has the same name as an early Boston Dynamics prototype from a decade ago. While SPOT is positioned for commercial use, AlphaDog has been geared towards consumers. 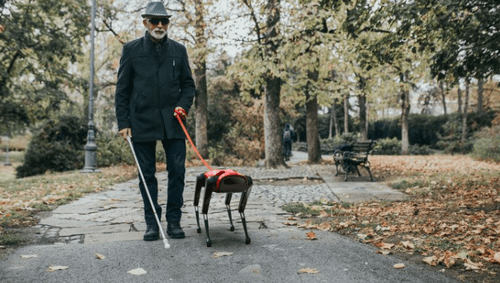 AlphaDog is more agile and faster than Spot. The robot moves at speeds up to 9 mph or about 2.5x faster than SPOT. It uses sensors and artificial intelligence to maneuver around obstacles and complete tasks.

“It can predict the friction and height of the ground (to) adjust its height, adjust the stride frequency, and adapt to the environment,” he told AFP.

Welian integrated AlphaDog with 5G technology to make it carry out tasks autonomously. At the moment, the company has sold 1,800 units to developers and tech enthusiasts.

It remains to be seen what AlphaDog will become as developers and tech enthusiasts begin experimenting with the robot. Many of these folks have been drooling over SPOT for nearly half a decade but could not obtain one due to lack of business credentials and price.

What appears evident is that robot dogs will be integrated into society and the corporate world to complete tasks for humans. It’s only a matter of time before these machines are outfitted with weapons for war.

… and already Spot has been tested by the French military.