Headlines like, “WWIII has likely started already, but we have been slow to recognize it,” from Bill Ackman, and corporate media pushing nuclear war hype and hysteria had sparked unease among American households who hadn’t felt this way since the early days of the virus pandemic when they were caught empty-handed with limited supplies to weather COVID lockdowns.

Americans, many of whom have been transformed into preppers in a post-COVID era, are at it again, panic hoarding supplies as they fear Russia’s invasion of Ukraine could be the catalyst for the next world war (well, at least they think this way because corporate media is telling them). What’s evident so far is that Russia’s ongoing conflict within Ukraine is disrupting global supply chains and food supplies. People see the writing on the wall as prices soar at gas stations and supermarkets. The conflict overseas is already sending commodity prices sky-high, which may eventually spark shortages.

So as Americans unleash their inner prepper. They’re panic hoarding ReadyWise emergency food kits sold at Costco Wholesale Corporation’s brick and mortar stores and or online that at least one variety of the products has already been sold out.

ReadyWise’s 5,400 serving count of emergency food pallet is “out of stock,” according to Costco’s website. The emergency food kit comes in 36 stackable 5.3-gallon buckets of food that last up to 25-years. 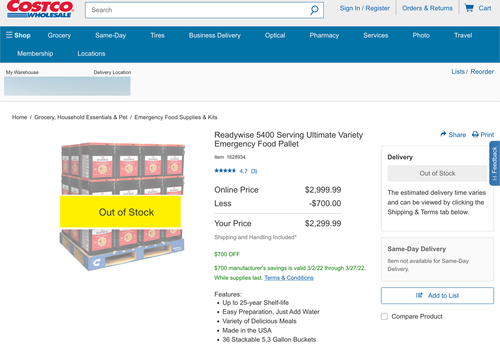 Looks like Costco has sold out almost all their emergency food, especially the Mountain house branded items. Everything online goes to an error page. Even the $2200-$6000 pallets are sold out. Cold War 2.0 panic is here. pic.twitter.com/9PK6gH8k0s

A customer on the Costco website reviewed the product in early March, days after the invasion of Ukraine, and said, “It never hurts to be prepared. Nice variety of foods, it’s easy to store and the shelf life is unbeatable. And it doesn’t taste bad at all.’

“Be prepared. Spend the money,” another customer wrote.

Since the invasion, search interest for ReadyWise has rocketed above COVID highs. 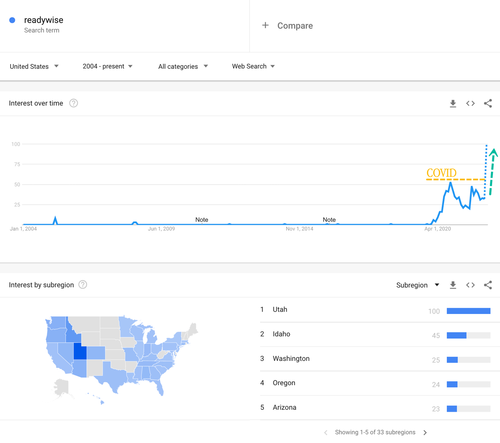 Besides food, Americans are frantically searching where to buy potassium iodide in case of nuclear war. 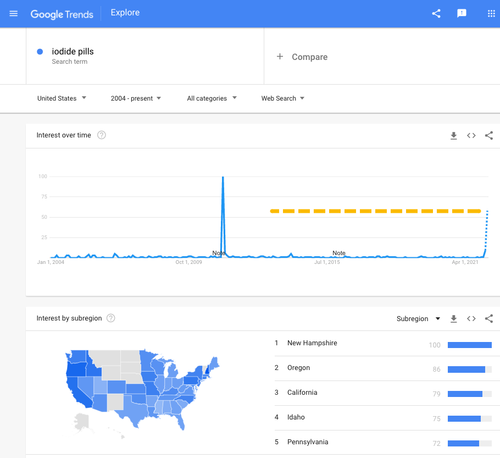 While food and medicine are essential, panic hoarding ammunition is already underway. 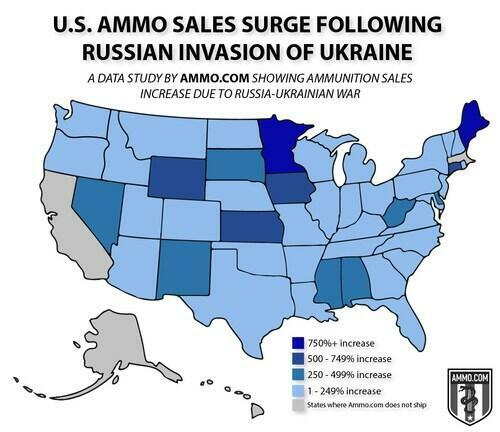 It never hurts to prepare, considering the fog of war in eastern Europe remains intact, and an end to the conflict is still unknown.