Emails from Hunter Biden’s notorious laptop reveal that the first son helped secure millions of dollars for a DoD contractor – Metabiota – which specializes in researching pandemic-causing diseases that could be used as bioweapons, according to the Daily Mail, which obtained Hunter’s emails.

Moscow’s claim that Hunter Biden helped finance a US military ‘bioweapons’ research program in Ukraine is at least partially true, according to new emails obtained exclusively by DailyMail.com.

The commander of the Russian Nuclear, Biological and Chemical Protection Forces, claimed there was a ‘scheme of interaction between US government agencies and Ukrainian biological objects’ and pointed to the ‘financing of such activities by structures close to the current US leadership, in particular the investment fund Rosemont Seneca, which is headed by Hunter Biden.’ -Daily Mail

Hunter also appears to have introduced Metabiota to Burisma for a “science project,” ostensibly involving biosecurity labs in Ukraine.

On its face, Metabiota appears to be a simple medical data company – however a 2014 email from its Vice President to Hunter described how they could ‘assert Ukraine’s cultural and economic independence from Russia’ – an odd goal for a biotech firm at the time Hunter’s Dad was US point-man for Ukraine’s ‘reconstruction’ involving the Obama administration.

Emails and defense contract data reviewed by DailyMail.com suggest thatHunter had a prominent role in making sure Metabiota was able to conduct its pathogen research just a few hundred miles from the border with Russia.

The project turned into a national security liability for Ukraine when Russian forces invaded the country last month. -Daily Mail 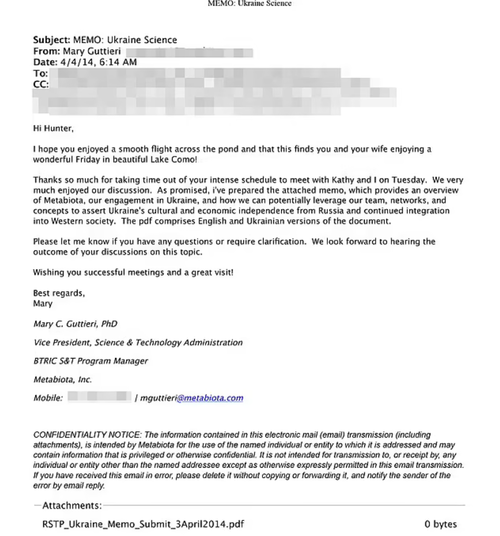 In April 2014, Metabiota vice president Mary Guttieri wrote a memo to Hunter outlining how they could ‘assert Ukraine’s cultural and economic independence from Russia’. ‘Thanks so much for taking time out of your intense schedule to meet with Kathy [Dimeo, Metabiota executive] and I on Tuesday. We very much enjoyed our discussion,’ Guttieri wrote (Daily Mail) 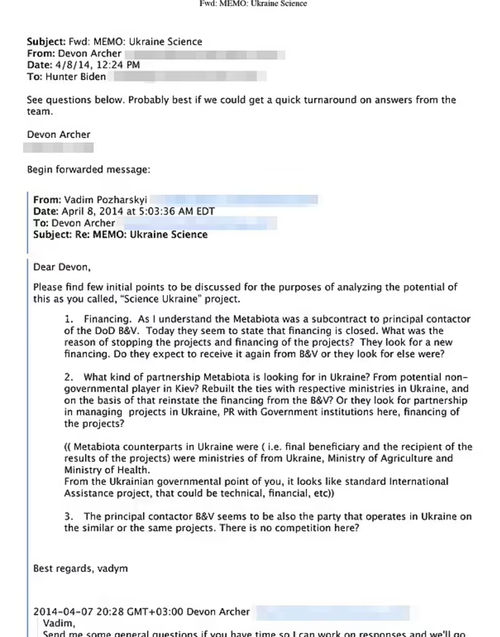 Four days after Guttieri’s April 2014 email, Burisma executive Vadym Pozharskyi wrote to Hunter revealing that the then-Vice President’s son had pitched a ‘science project’ involving Burisma and Metabiota in Ukraine. ‘Please find few initial points to be discussed for the purposes of analyzing the potential of this as you called, ‘Science Ukraine’ project,’ Pozharskyi wrote (Daily Mail) 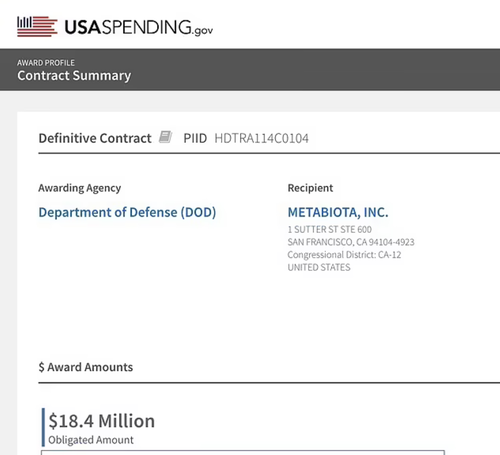 Government spending records show the Department of Defense awarded an $18.4million contract to Metabiota between February 2014 and November 2016, with $307,091 earmarked for ‘Ukraine research projects’

Digging deeper, we find that Metabiota was working under Black & Veatch – a US defense contractor tied to US intelligence, which built the Ukraine labs that analyzed bioweapons and deadly diseases.

Earlier this month US officials warned congress that ‘Russian forces may be seeking to gain control’ of these ‘biological research facilities’, prompting fears that deadly and even engineered pathogens could fall into Russian hands.

Hunter and his colleagues at his investment firm Rosemont Seneca Technology Partners (RSTP) routinely raised millions of dollars for technology companies, hoping the firms would take off and make them all fortunes.

Metabiota was one of those firms. Emails between Hunter and his colleagues excitedly discuss how the company’s monitoring of medical data could become an essential tool for governments and companies looking to spot outbreaks of infectious diseases. -Daily Mail

In Ukraine, the younger Biden was more intimately involved in Metabiota’s operations – which he bragged about in pitches to investors. Hunter and his partner Eric Schwerin even discussed housing Metabiota in their office space, April 2014 emails reveal.

That same month, Metabiota VP Mary Guttieri wrote Hunter to wax eloquent on how the company could “assert Ukraine’s cultural and economic independence from Russia.” 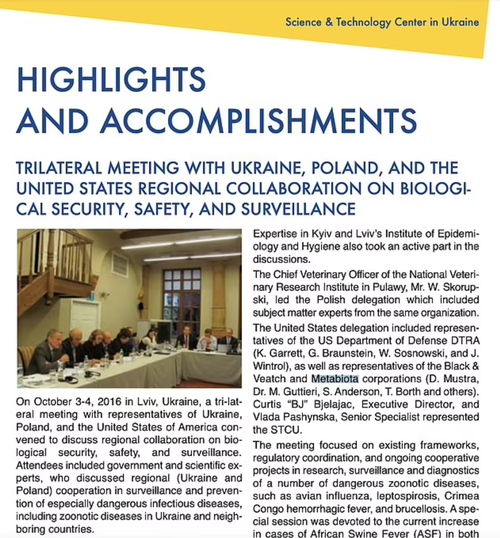 Mary Guttieri, Metabiota vice president, is seen at a meeting with U.S. and Ukrainian military 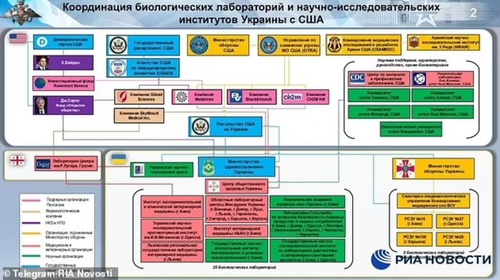 Russia’s Defense Ministry on Thursday put out a diagram with arrows connecting Biden, Soros and the Democratic Party to Ukrainian biolab 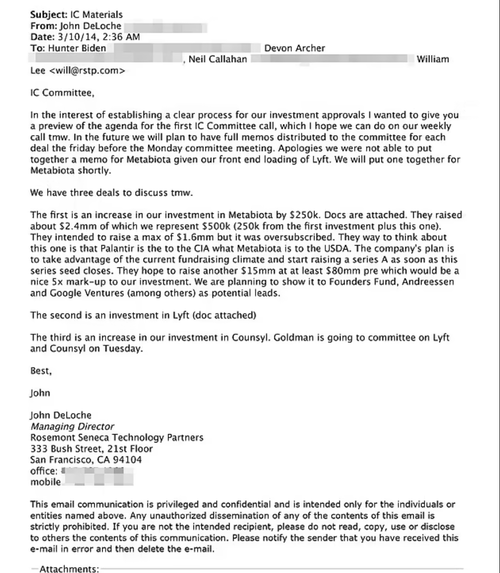 The president’s son and his colleagues invested $500,000 in Metabiota through their firm Rosemont Seneca Technology Partners. They raised several million dollars of funding for the company from investment giants including Goldman Sachs 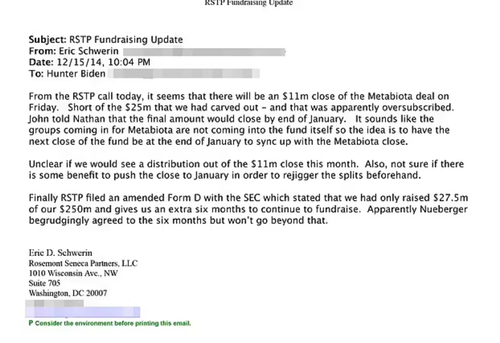 Read the rest of the report here…