With a labor market in freefall, ten million Americans have lost their jobs in two weeks. CNN reported Thursday afternoon that stimulus checks for households could take up to 20 weeks, which is creating a perfect storm of possible social unrest.

The Federation of Red Cross and Red Crescent Societies recently warned that a “social bomb could explode at any moment” over Western cities. That is because the evolution of the pandemic, which has crashed the American economy into a depression, could result in social unraveling in major metros, specifically in low-income areas.

We’ve noted in the last several weeks that Americans are panic hoarding guns as the fear of social unrest could be imminent. President Trump signed an executive order last Friday that allows for up to one million National Guard and reservists to be called up to fight the virus or be used to maintain social order.

With lockdowns across the country, the National Guard has been deployed across many states. Here are some sights from Baltimore:

Signs of social unrest are already starting to develop this week. Law enforcement agencies in South Carolina and California have charged people with looting businesses during the shutdowns, reported The Sun.

Police in Santa Cruz, California, arrested five people who were robbing businesses in the city, despite a “shelter-in-place” public health order enforced by the state government. 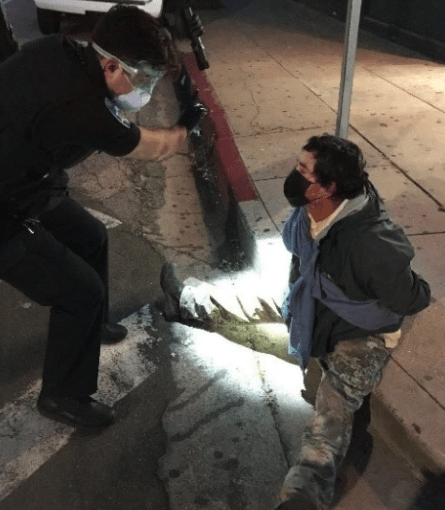 Police detain a man suspected of looting in Santa Cruz 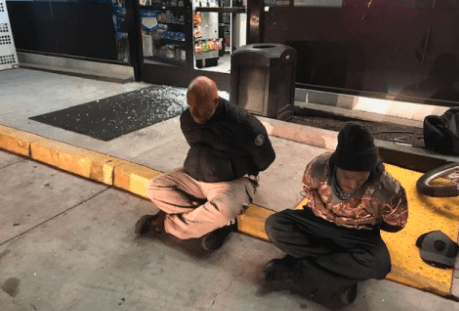 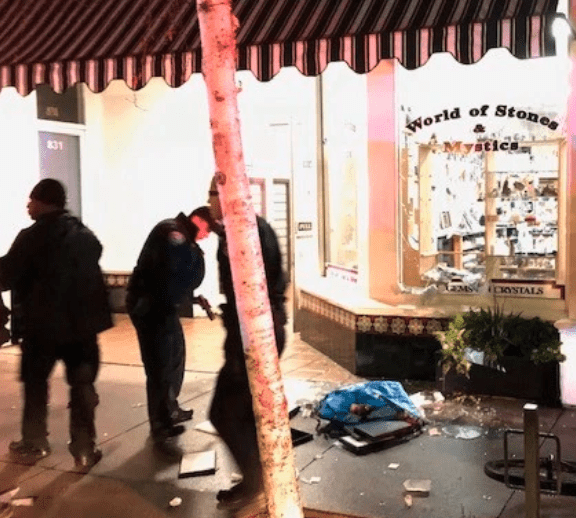 Aftermath of shop raided by robbers in Santa Cruz

In South Carolina, police arrested two men as they attempted to raid a storage warehouse unit.

Many Americans recognize the writing on the wall of what could happen next, that is, the possibility of social unrest – and it makes sense why gun stores saw record sales across the country last month with weapons and ammo in short supply. Now Google searches for buying ammunition online are surging to a record high as America faces a new reality that a pandemic could trigger a social unraveling of the nation:

Search trend “buy ammo” hits the highest level ever across every US state: 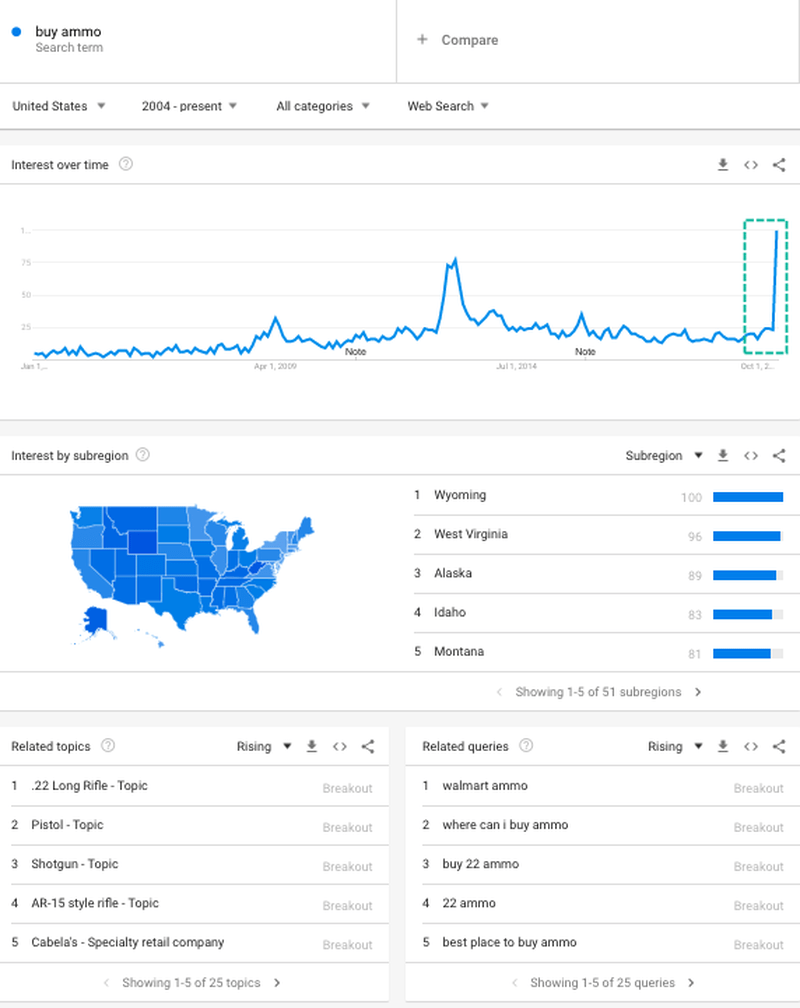 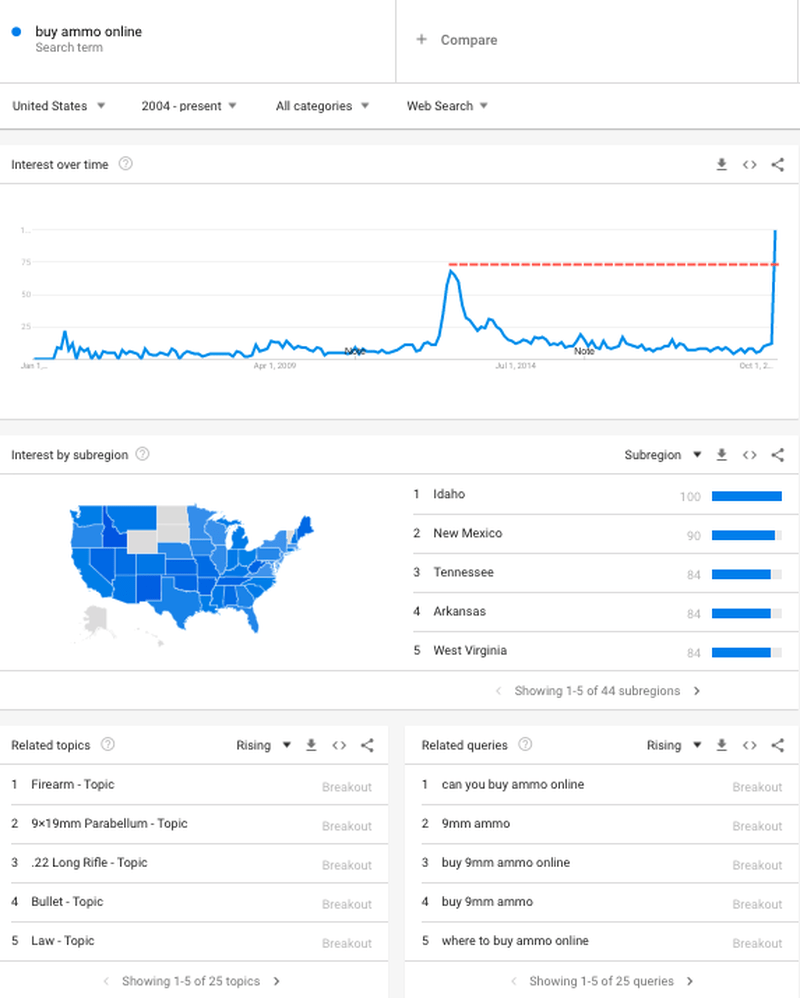 “Can you buy ammo online” soars to new highs: 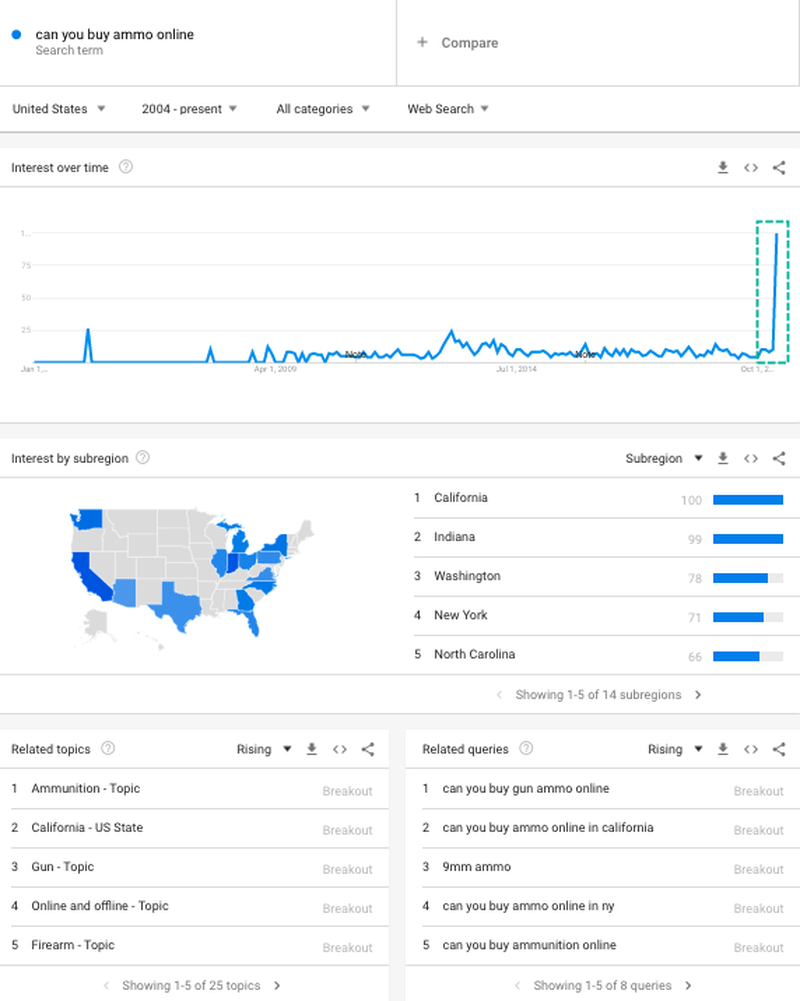 And with states closing gun stores and many places running out of weapons and bullets, people are now starting to print 3D guns at home.