In the latest reminder that COVID vaccines might not be as protective as the highly publicized Phase 3 trial data suggests, a local ABC News affiliate station in San Diego just reported that a nurse who received the Pfizer-BioNTech COVID-19 vaccine came down with the virus 8 days later.

This isn’t unprecedented. Data from the Phase 3 trials indicated that it could take up to two weeks to develop protections from the virus after receiving the shot. 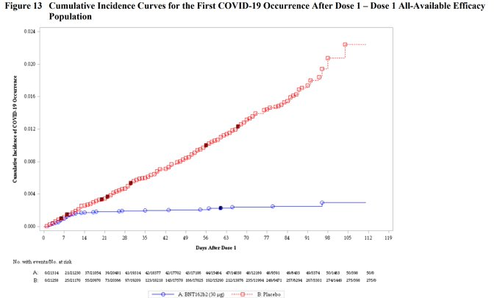 Still, with so much about the process unknown, the incident deserves more scrutiny. And according to the report, local health experts are weighing in.

In a Facebook message posted on December 18, Matthew W., an ER nurse at two different local hospitals, talked about receiving the Pfizer vaccine that day.

He told ABC 10News his arm was sore for a day but he suffered no other side effects.

Six days later on Christmas Eve — after working a shift in the COVID-19 unit — Matthew, 45, became sick. He got the chills and later came down with muscle aches and fatigue.

The day after Christmas, he went to a drive-up hospital testing site and tested positive for COVID-19.

The report makes a point of emphasizing the fact that this development is “not unexpected at all” and that it’s likely at least some nurses will be infected with the virus either just before, or just after, receiving their first dose of the vaccine, during the post-jab “incubation period”.

“It’s not unexpected at all. If you work through the numbers, this is exactly what we’d expect to happen if someone was exposed,” said Dr. Christian Ramers, an infectious disease specialist with Family Health Centers of San Diego. He serves on the clinical advisory panel for the county’s vaccine rollout.

He points out, it is possible Matthew was infected before receiving the vaccine, as the incubation period may be as much as two weeks. Dr. Ramers says if Matthew did contract it after the vaccine, it’s still in line with what we know.

The doctor then estimated that the first dose of the Pfizer vaccine could deliver protection that’s somewhere around 50%.

Dr. Ramers says he knows of several other local cases where health care workers became infected around the time they received the vaccine. He says all the cases illustrate the fact that results aren’t immediate. Even after you start receiving some protection, it won’t be full protection.

“That first dose we think gives you somewhere around 50%, and you need that second dose to get up to 95%,” said Dr. Ramers. Dr. Ramers says Matthew’s story also shows that even with vaccines, the pandemic isn’t going to turn around instantly.

“You hear heath practitioners being very optimistic about it being the beginning of the end, but it’s going to be a slow roll, weeks to months as we roll out the vaccine,” said Dr. Ramers. He adds this case is a good reminder of why masks, handwashing, and other COVID protocols are important, even after receiving the vaccine. Matthew says he’s feeling better since his symptoms peaked on Christmas Day but still feels fatigued.

Of course, a top WHO scientist recently warned that people shouldn’t stop social distancing and wearing masks after receiving the vaccine. After all, as she added, the trial data tells us nothing about the vaccines’ impact on viral transmission.