America’s top virologist, Anthony Fauci, argued in 2012 that the risks of a lab accident sparking a pandemic are outweighed by the potential benefits of manipulating viruses via gain-of-function research, according to previously unsurfaced remarks reported by Sharri Markson via The Australian.

“In an unlikely but conceivable turn of events, what if that scientist becomes infected with the virus, which leads to an outbreak and ultimately triggers a pandemic?” Fauci wrote in the American Society for Microbiology in 2012, adding “Many ask reasonable questions: given the possibility of such a scenario – however remote – should the initial experiments have been performed and/or published in the first place, and what were the processes involved in this decision?”

“Scientists working in this field might say – as indeed I have said – that the benefits of such experiments and the resulting knowledge outweigh the risks,” Fauci continued. “It is more likely that a pandemic would occur in nature, and the need to stay ahead of such a threat is a primary reason for performing an experiment that might appear to be risky.”

In the paper, Dr Fauci also writes: “Within the research community, many have expressed concern that important research progress could come to a halt just because of the fear that someone, somewhere, might attempt to replicate these experiments sloppily. This is a valid concern.”

Dr Fauci has led the US response to the outbreak but is now facing serious questions about his role in funding the radical experiments being conducted inside the Wuhan Institute of Virology.

Dr Fauci on May 11 reversed his position on whether Covid-19 had leaked from the WIV, and said he was now “not convinced” the virus had developed naturally and authorities needed to find out “exactly what happened”.

This and more on Fauci is from my book "What Really Happened in Wuhan"… you can pre-order it on Amazon https://t.co/od8I1zLUSh

This was incredibly hard to find.

Here is the whole hearing and Fauci is caught dead to rights. https://t.co/J6WECrHL28

Earlier this month, Senator Rand Paul (R-KY) went to town on Dr. Anthony Fauci Tuesday during a hearing in front of the Health, Education, Labor and Pensions committee. Paul alleged that the National Institutes of Health (NIH) had used a middle-man to funnel money to the Wuhan Institute of Virology via EcoHealth Alliance – which worked with the lab on bat coronavirus projects.

Paul specifically referenced “gain-of-function” research which in this case has been focused on how to make animal viruses more transmissible to humans – specifically bat coronaviruses.

“Government scientists like yourself who favor gain of function research,” Paul began…

…only to have Fauci interject “I don’t favor gain of function research in China,” adding “You are saying things that are not correct.”

“[Those who favor gain of function] say that COVID-19 mutations were random and not designed by man.”

“I do not have any accounting of what the Chinese may have done,” Fauci shot back, adding that he’s in favor of further investigation, but that the NIH had nothing to do with the origins of COVID-19.

“We have not funded gain of function research on this virus in the Wuhan Institute of Virology,” he added.

“No matter how many times you say it, it didn’t happen.”

As we noted in March, the US National Institutes of Health (NIH) – headed by Fauci, “had funded a number of projects that involved WIV scientists, including much of the Wuhan lab’s work with bat coronaviruses.”

Zhengli Shi got shipped out to Wuhan lab after her paper (2015) regarding attaching a sequence coding for a spike protein that attaches to human ACE2 receptors.

That's gain of function research, illegal in the USA in 2014.

Fauci and Peter Daszak funded her in Wuhan. Link

In 2017, Fauci’s agency resumed funding a controversial grant without the approval of a government oversight body, according to the Daily Caller. For context, in 2014, the Obama administration temporarily suspended federal funding for gain-of-function research on bat coronaviruses. Four months prior to that decision, the NIH effectively shifted this research to the Wuhan Institute of Virology (WIV) via a grant to nonprofit group EcoHealth Alliance, headed by Peter Daszak. 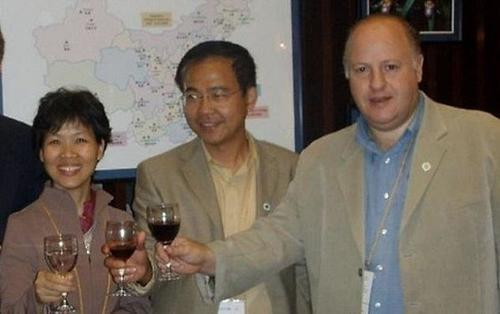 Meanwhile, Fauci ‘rammed through’ gain-of-function research in December of 2017 without approval.

Multiple Trump administration officials told The Weekend Australian Dr Fauci had not raised the issue of restarting the research funding with senior figures in the White House.

“It kind of just got rammed through,” one official said.

“I think there’s truth in the narrative that the (National Security Council) staff, the president, the White House chief-of-staff, those people were in the dark that he was switching back on the research.”

The Weekend Australian has also confirmed that neither Mike Pompeo, the then director of the Central Intelligence Agency, nor National Security Council member Matthew Pottinger, was briefed.

The experiments are also opposed by prominent scientists, including the Cambridge Working Group of 200 researchers which issued a public warning in 2014.

“An accidental infection in such a setting could trigger outbreaks that would be difficult or impossible to control. Historically, new strains of influenza, once they establish transmission in the human population, have infected a quarter or more of the world’s population within two years.”

And Steven Salzberg, of the Johns Hopkins School of Medicine, in 2015 said the benefits of gain-of-function research were “minimal at best” and they could “far more safely be obtained through other avenues of research”.

“I am very concerned that the continuing gain-of-function research on influenza viruses, and more recently on other viruses, presents extremely serious risks to the public health,” he wrote.

Worth the risk, Fauci says?