Fauci “Needs to Put Up or Shut Up”: ‘America’s Doctor’ Dismantled in Scathing Op-Ed

Doubts about the omnipotent oracular-ness of “America’s Doctor” are starting to spread… and not just among the extreme-right-nazi-anti-vaxx-COVID-deniers (that constitute anyone who ever raises any doubts about any aspect of Biden/Fauci’s public health policy).

The coronavirus pandemic has been a great tragedy, there can be no doubt about that. But, as Scott Atlas recently noted, it has also exposed profound issues in America that now threaten the very principles of freedom and order that we Americans often take for granted.

First, I have been shocked at the enormous power of the government, to unilaterally decree, to simply close businesses and schools by edict, restrict personal movement, mandate behavior, and eliminate our most basic freedoms, without any end and little accountability.

Second, I remain surprised at the acceptance by the American people of draconian rules, restrictions, and unprecedented mandates, even those that are arbitrary, destructive, and wholly unscientific.

This crisis has also exposed what we all have known existed, but we have tolerated for years: the overt bias of the media, the lack of diverse viewpoints on campuses, the absence of neutrality in big tech controlling social media, and now more visibly than ever, the intrusion of politics into science. Ultimately, the freedom to seek and state the truth is at risk here in the United States.

Questions about virus transmission, mask effectiveness, lockdown cost/benefits, school safety, child vaccinations, and most recently immigrant infections have all left the American people questioning their own sanity as Fauci flips and flops and shifts goalposts at will. 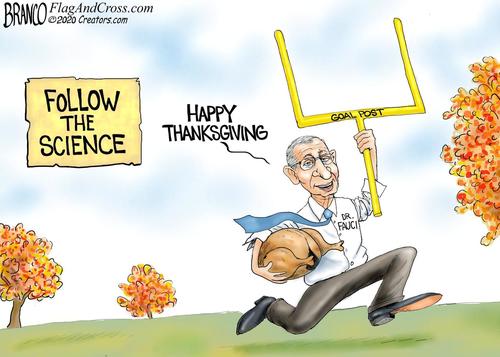 And, as Mike Shedlock reports, Dr. Anthony Fauci took questions from US Senators in Congress a few days ago. He was successful at not answering much of anything.

At a hearing this week, Sen. Roger Marshall questioned Dr. Anthony Fauci and CDC Director Rochelle Walensky on COVID-19 spreading due to the surge of migrants at the border.

My favorite clip is toward the end of the video.

Marshall: Dr. Fauci, are you comfortable with what we are doing on the border from an ID standpoint?

Dr. Fauci: The reason I have to hedge on that is that I am not really very deeply familiar with the details of what’s going on at the border.

Marshall: Whose job is it to know that? 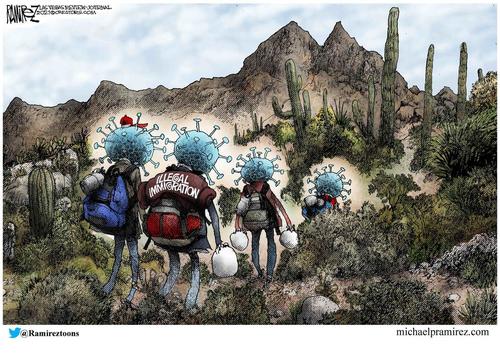 Nothing seems to scare the establishment more than a return to ‘normal.’ And by ‘normal,’ we mean a return to an environment outside of the tyrannical control of career politicians and bureaucrats who have got a taste for this ‘being king’ stuff and know that anyone who questions their edicts will be ‘canceled’ by their Covidian cultists.

But, in February, Johns Hopkins professor, Dr. Marty Makary, dared to pen an Op-ed in the WSJ saying that we will have herd immunity by April. And as we previously noted, some awkward ‘facts’ and ‘science’ on herd immunity were recently been dropped by none other than FundStrat’s Tom Lee.

“…cumulatively and slowly, the US is seeing more states reach that combined level of vaccinations + infections approach what is seen as herd immunity.”

Lee’s “math” – which we also know is racist – appears to fit with Makary’s arguments for why the recent plunge in cases, hospitalizations, and deaths is not policy-related (no matter how much the politicians and their media lackeys push that narrative):

“…the consistent and rapid decline in daily cases since Jan. 8 can be explained only by natural immunity. Behavior didn’t suddenly improve over the holidays; Americans traveled more over Christmas than they had since March. Vaccines also don’t explain the steep decline in January. Vaccination rates were low and they take weeks to kick in.”

“Experts should level with the public about the good news…” exclaimed Makary, and this data on imminent herd immunity puts more pressure on Fauci and Biden to come clean… despite their variant-fearmongering and “no return to normal until Christmas or beyond” predictions.

But of course, this reality may never be allowed in the national narrative, as Makary previously concluded:

“Some medical experts privately agreed with my prediction that there may be very little Covid-19 by April but suggested that I not to talk publicly about herd immunity because people might become complacent and fail to take precautions or might decline the vaccine. But scientists shouldn’t try to manipulate the public by hiding the truth. As we encourage everyone to get a vaccine, we also need to reopen schools and society to limit the damage of closures and prolonged isolation. Contingency planning for an open economy by April can deliver hope to those in despair and to those who have made large personal sacrifices.“

But, it appears he has ignored those suggestions as overnight, Marty Makary threw some more shade at Fauci over his herd immunity ignorance in another Wall Street Journal op-ed, saying that herd immunity in America is close, despite Fauci’s denial.

He begins by taking direct aim at Fauci’s “science”…

“Anthony Fauci has been saying that the country needs to vaccinate 70% to 85% of the population to reach herd immunity from Covid-19. But he inexplicably ignores natural immunity. If you account for previous infections, herd immunity is likely close at hand.

Undercounting or removing the many Americans with natural immunity from any tally of herd immunity is a scientific error of omission. When people wonder why President Biden talks about limiting Fourth of July gatherings, it’s because his most prominent medical adviser has dismissed the contribution of natural immunity, artificially extending the timeline.”

Makary goes to note that after a year of millions of Covid-19 cases in the U.S., it’s clear that reinfections are rare.

“Natural immunity is real and shouldn’t be ignored.”

Rochelle Walensky, director of the Centers for Disease Control and Prevention, has toed the line, joining Dr. Fauci in playing down natural immunity.

Dr. Fauci has said that we don’t have good data on natural immunity. That is largely because his own National Institutes of Health has done little to answer this and other important clinical questions.

The NIH and CDC, which together receive more than $40 billion a year from taxpayers, should have focused on answering the most basic Covid-19 clinical questions that affect Americans.

Makary concludes with some common sense, that seems wholly lacking from the conversation currently:

“If we say we’re going to follow the science, then we need to be willing to consider all the data.”

But hey, just “obey’ and Fauci and Biden will let you know what freedoms will be re-gifted back to you soon…

Finally, we give Senator Rand Paul the last word, who after grilling Fauci in recent hearings, took his fight the “America’s doctor” to Fox News this week. As SaraACarter.com’s Annaliese Levy reports, Paul spoke with host Neil Cavuto to talk about his recent exchanges with Dr. Fauci regarding forcing people to wear face masks after they have received the coronavirus vaccine.

“If the government is going to tell you can’t go anywhere unless you’re wearing a mask, they should tell you why and they should present the evidence,” Paul said.

Paul is asking the government to provide evidence that those who have been infected with the coronavirus or those that have been vaccinated are still transmitting the disease.

Paul went on to describe Fauci’s approach to masks as “emotionalism and fear-mongering.”

“Dr. Fauci needs to put up or shut up,” Paul told Cavuto.

“He needs to show us the scientific evidence that it’s a problem after you’ve been vaccinated or after you’ve already got the disease naturally.”

Paul explained that if Fauci presented evidence proving that vaccinations or prior infection were not effective against new virus variants, he would reassess his stance on masks.

“But so far all he’s telling me is his opinion,” Paul said.

“Really their opinion is, look, they had another one of these vaccine doctors on television, he was like, ‘Oh, it’s about civility.’ Civility is not science. For goodness sakes, show us some evidence to back up these mandates.”

Cavuto asked Paul if he has continued to follow the mask mandate after receiving the vaccination.

“We do what we’re forced to do to live in Dr. Fauci’s world,” Paul said.