Federal authorities on Tuesday arrested Igor “Iggy” Danchenko, a Russian national who was the primary researcher for the so-called Steele Dossier – a compendium of opposition research funded by the 2016 Hillary Clinton presidential campaign and used to smear Donald Trump as a Russian operative. It was also used as justification for an FBI wiretap application targeting former Trump adviser Carter Page.

According to the New York Times, the arrest of Danchenko is part of John Durham’s special counsel investigation into wrongdoing connected to the Obama administration’s Russia investigation.

Details of the indictment against Danchenko are unknown, as the indictment has yet to be unsealed according to people familiar with the matter speaking on condition on anonymity.

Some claims from the Steele dosser made their way into an F.B.I. wiretap application targeting a former Trump campaign adviser in October 2016. Other portions of it — particularly a salacious claim about a purported sex tape — caused a political and media firestorm when Buzzfeed published the materials in January 2017, shortly before Mr. Trump was sworn in.

The 43-year-old Danchenko, who was hired by Steele in 2016 to deploy a network of sources to dig up dirt on Trump and Russia for the Hillary Clinton campaign, was arrested, jailed and convicted years earlier on multiple public drunkenness and disorderly conduct charges in the Washington area and ordered to undergo substance-abuse and mental-health counseling, according to criminal records, according to RealClearInvestigations.

Danchenko first ran into trouble with the law as he began working for Brookings – the preeminent Democratic think tank in Washington – where he struck up a friendship with Fiona Hill, the White House adviser who testified against Trump during 2019 impeachment hearings. Danchenko has described Hill as a mentor, while Hill has sung his praises as a “creative” researcher.

As the Times notes further, Danchenko had been the subject of a counterintelligence investigation to determine whether he was a Russian agent.

In an interview with The New York Times in 2020, Mr. Danchenko defended the integrity of his work, saying he had been tasked to gather “raw intelligence” and was simply passing it on to Mr. Steele. Mr. Danchenko — who made his name as a Russia analyst by exposing indications that the dissertation of President Vladimir V. Putin of Russia contained plagiarized material — also denied being a Russian agent.

“I’ve never been a Russian agent,” Mr. Danchenko said. “It is ridiculous to suggest that. This, I think, it’s slander.” -NYT

Of note, Danchenko also met with a Russian energy official just four days before Steele produced the first of 17 memos which comprise his infamous opposition research on the Trump campaign.

According to the Daily Caller, Danchenko met with Sergey Abyshev – who was a deputy-director in the energy ministry, as well as the editor-in-chief of a Russian finance website, Ivan Vorontsov. The meeting was documented in a Facebook post by Vorontsov, and confirmed by Abyshev.

It is unclear what they talked about – but it occurred as Danchenko was in the thick of his work with Christopher Steele, who the Hillary Clinton 2016 campaign and the DNC paid to cook up opposition research on President Trump’s campaign. The dossier was a key component of several FISA warrants issued to spy on former campaign aide Carter Page and his contacts, and was widely distributed by US media outlets in a campaign to discredit Trump.

Danchenko, a Russian national who lives in Washington, D.C., told the FBI in January 2017 that Steele, a former MI6 officer, tasked him in June 2016 to dig up dirt on Trump. Steele was hired in May 2016 by Fusion GPS, an opposition research firm working for the Clinton campaign and DNC.

Vorontsov posted a photo on June 16, 2016 from the St. Petersburg International Economic Forum (SPIEF), an annual business conclave, saying he had met the prior evening with Danchenko and Abyshev.

“The night before was so nice with Sergey Abyshev and Igor Danchenko,” Vorontsov wrote. –Daily Caller

According to Abyshev, the encounter with Danchenko was “an almost accidental meeting in the center of Moscow with three ‘cheerful’ guys,” adding “As a result, I had to listen to a lecture on investment opportunities for about 20 minutes.”

Interestingly, Danchenko may have been laundering information from a former Russian PR executive living in Cyprus, according to the Wall Street Journal last October. 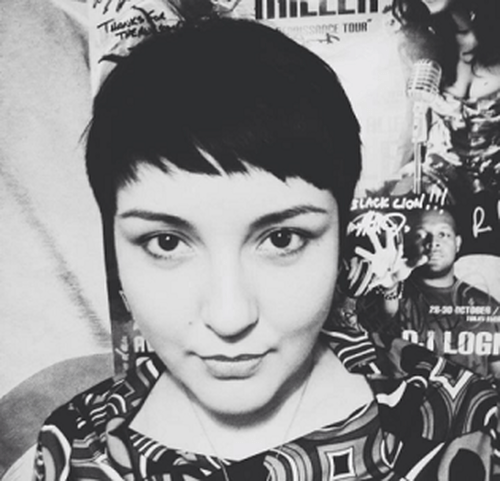 40-year old Olga Galkina “stood as the dossier’s most important contributor,” WSJ reported, after she was tapped by her old school friend and Steele’s employee, Igor Danchenko, to dig up dirt of Trump’s dealings in Russia using the “vast network of people” from her various jobs in and out of the public sector.

Described as a public-relations executive, she “fed notes” to Danchenko for the dossier, including many of its most central claims. And of course behind all of this was British spy Christopher Steele, himself paid by Fusion GPS, and behind this the DNC itself.

They knew each other since the 8th grade in Perm, as the WSJ details:

Mr. Danchenko told the FBI that a school friend, referred to in heavily redacted FBI notes as “Source 3,” had provided him with information for Mr. Steele “across a wide range of topics,” and stood as the dossier’s most important contributor. The former high-ranking U.S. national-security official told The Wall Street Journal that the source in question was Ms. Galkina.

It was Galkina who claimed Trump’s former lawyer Michael Cohen secretly contacted Russian intelligence in Prague to establish compensation for DNC hackers in the summer of 2016. Crucially she had fed Steele’s team the name of her own Cyprus-based employer Webzilla as being behind the hack under company owner Aleksej Gubarev.

So the Steele Dossier that kicked off 4 years of Russiagate hysteria among the US ruling class was cooked up by two Russian alcoholics from Perm. “Gogolesque” does not begin to describe the grotesque credulity & stupidity of the American elites.https://t.co/LynUT8KLWx

The charges against Danchenko come after the September indictment of Hillary Clinton-linked cybersecurity lawyer, Michael Sussmann, who allegedly made false statements during the 2016 presidential campaign to slander then-candidate Trump.

Sussmann, the indictment charges, “lied about the capacity in which he was providing … allegations to the FBI” of potential cyber links between a Russian bank and a company owned by former president Donald Trump.

Durham is pursuing a prosecutorial theory that Sussmann was secretly representing Hillary Clinton’s presidential campaign, which was a client of Sussmann’s firm, these people said. –Washington Post

Notably, this is far from over as Special Counsel Durham’s office pointed out in the statement that the investigation is “ongoing.”