For the Third Time in as Many Days, Hungary Scrambles Fighter Jets After Plane Violates Airspace From Ukraine

For the third time in as many days, Hungary’s air force scrambled fighter jets in response to an unidentified aircraft which crossed the country’s airspace from Ukraine, reportedly headed in the direction of Slovakia.

The ministry of defense confirmed of the fresh Monday incident that Hungarian Gripen fighter jets were sent to intercept and thwart the foreign aircraft’s advance into sovereign airspace.

According to an official statement based on a rush translation from Hungarian media: “…in the afternoon the NATO Joint Air Operations Center ordered the take-off of Hungarian fighter jets because an unidentified aircraft appeared on the radar in the eastern part of the country and headed for Slovakia. The Gripens checked the indicated airspace, carried out a patrol task there, and after being convinced of the safety of the airspace, they returned to the base in Kecskemét, the HM wrote.”

The defense ministry indicated that the airspace was “secure” after the incident which saw the aircraft quickly depart. A separate local media statement said, “The NATO joint air operations command ordered the jets into the air after an aircraft appeared on the radar in the eastern part of the country heading in the direction of Slovakia.”

It was the third time since Saturday that planes operating in Ukraine had breached Hungary’s border, which is hugely alarming given Hungary is a NATO member, and the aircraft in question could likely be Russian.

It raises the interesting prospect that Hungary might full well know that it was Russian, but is choosing to obscure and downplay the identity so as not to provide hawks with an opportunity for NATO to escalate. 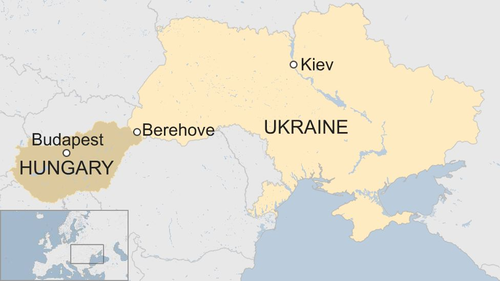 A prior incident saw a drone from Ukraine, reportedly belonging to its military, pass over multiple countries before crashing in Croatia.