“Former Dutch PM does not run away from Bilderberg questions: “no more scare-stories please.”

On 7 Januari 2013 WRC-Rotterdam met with former Prime-Minister  Jan-Peter Balkenende at the New Year’s reception in Rotterdam’s cityhall. Currently Balkenende is working as a partner at Ernst & Young and as professor at the Erasmus University in Rotterdam. He is also the chairman of the IAB (International Advisory Board) of Rotterdam. He was willing to do a short interview. First his opinion was asked about mayor Aboutaleb’s quote “Be the change you wish to see in Rotterdam”. Next, the Rotterdam Climate Initiative was discussed, where his good friend Jeroen v/d Veer, who was also a topmanager of Shell, fulfils the role of chairman of the Council. How does Balkenende see these two roles of Jeroen v/d Veer? Finally we asked him about the Bilderberg Conferences. Balkenende was there only once in 2008 (5-8 Juli, Westfields Marriott Hotel, Chantilly, Washington DC). Balkenende thinks there are a lot of scare-stories and feels at ease telling us a bit more about these confidential meetings. 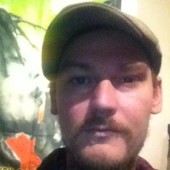