From East Coast to West Coast, Businesses Are Boarding Up for Election Night Chaos

With Election Day looming just around the corner, America’s biggest cities and joining America’s biggest social media networks in battening down the hatches in preparation for any unrest that might follow the vote count.

In Midtown Manhattan, the site of some of the worst looting in the country during the worst of the George Floyd riots, Macy’s and other stores are hammering plywood over their doors and windows.

“Our windows at Macy’s Herald Square were previously scheduled to be dark next week in set-up for our annual holiday displays. Out of an abundance of caution, we are implementing additional security measures at several of our stores,” a company spokesman said in a statement reportedly emailed to NBC New York.

Despite the new window dressing, Macy’s says it intends to continue operating during normal business hours (though potential customers might be dissuaded by all the plywood). 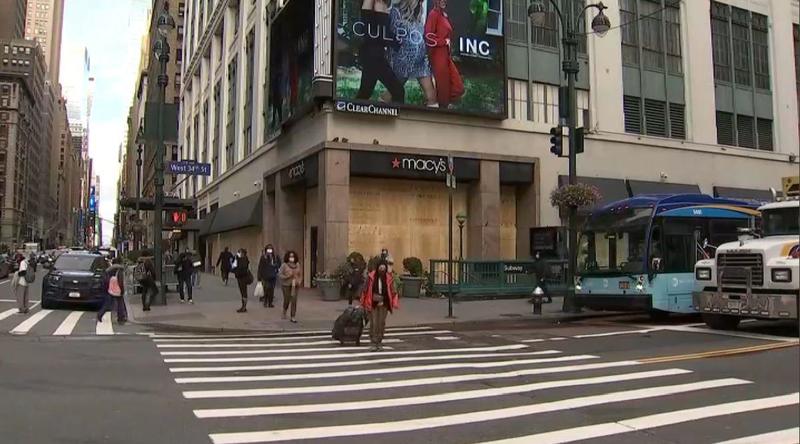 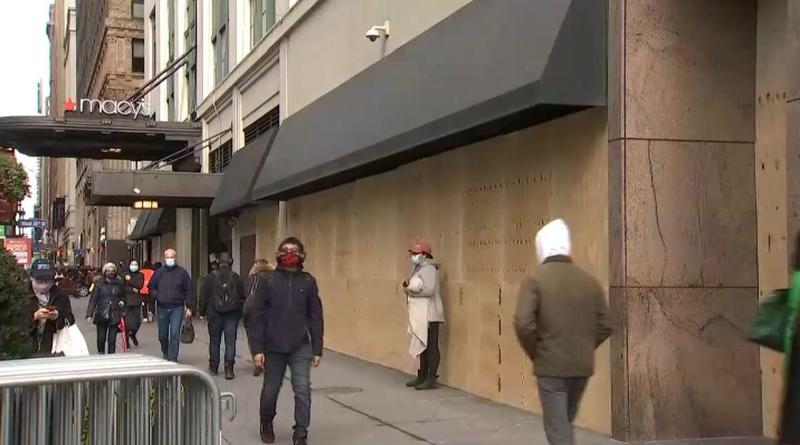 NBC also reported that boards were going up at the T-Mobile store in Times Square.

Boards also going up at the T-Mobile store in Times Square #nbc4ny pic.twitter.com/llwuKvS6Kt

Boards are also going up in Washington DC and LA, the site of a recent wave of protests following a police shooting of an armed black man. 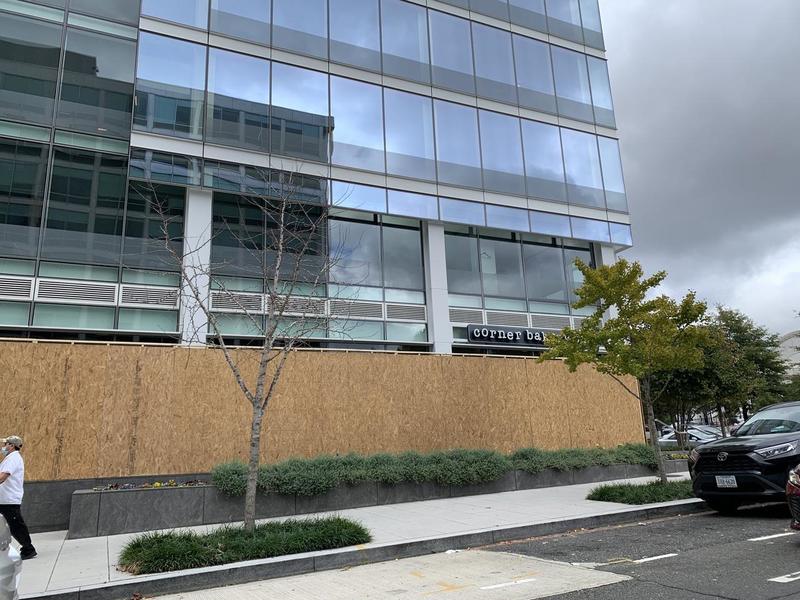 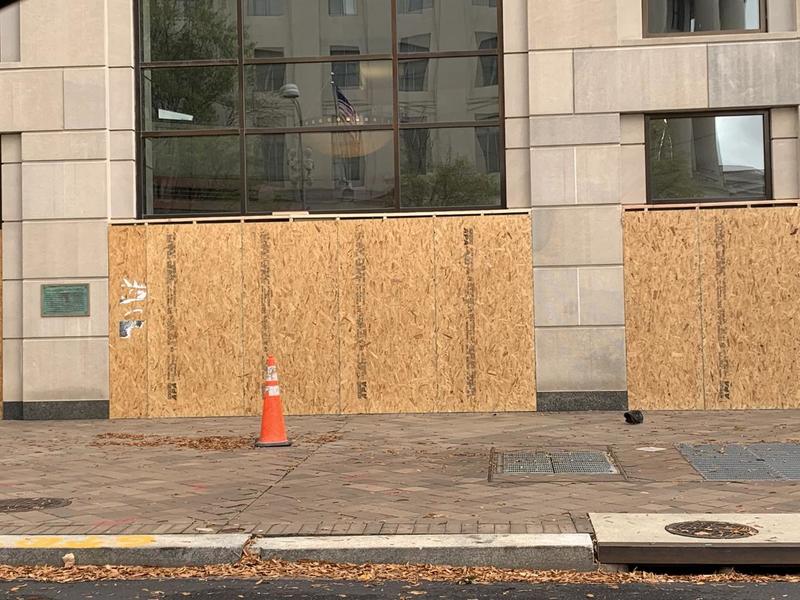 The neighborhood around the White House is preparing for unrest as businesses scrambled to put up boards, fences, chains and other barriers. 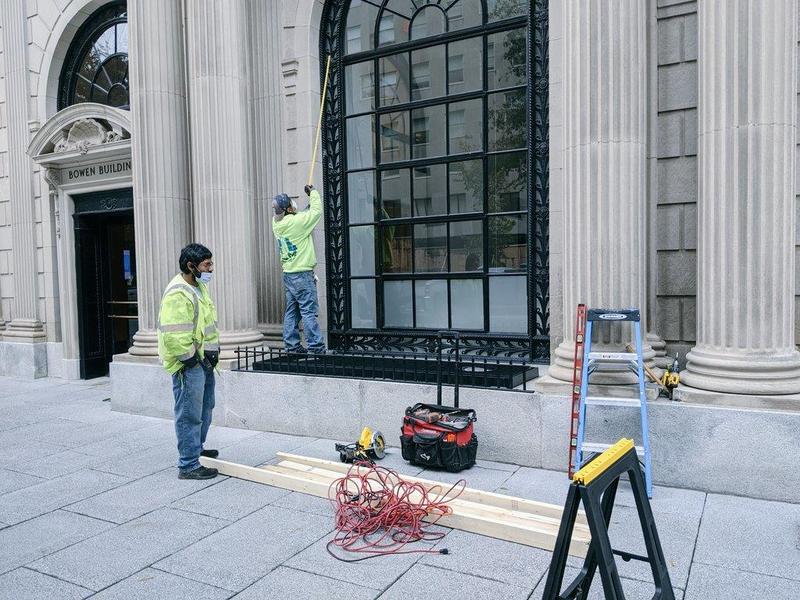 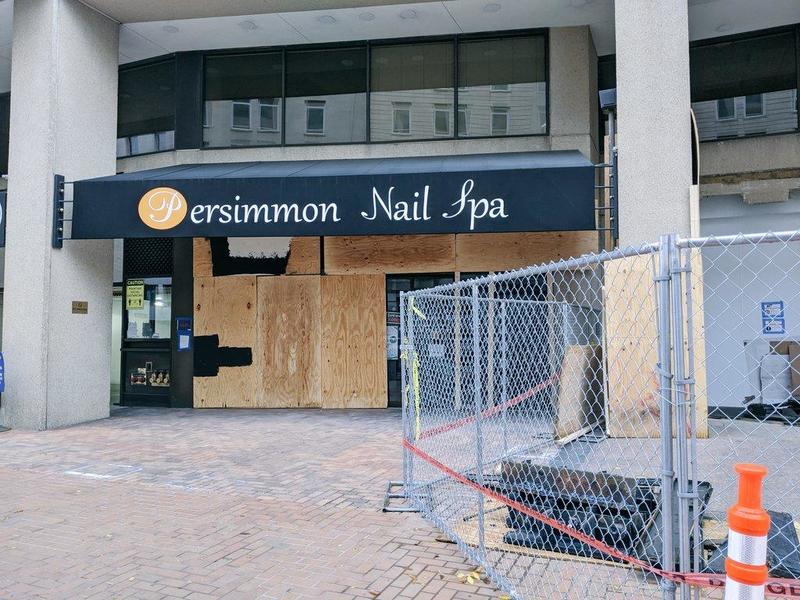 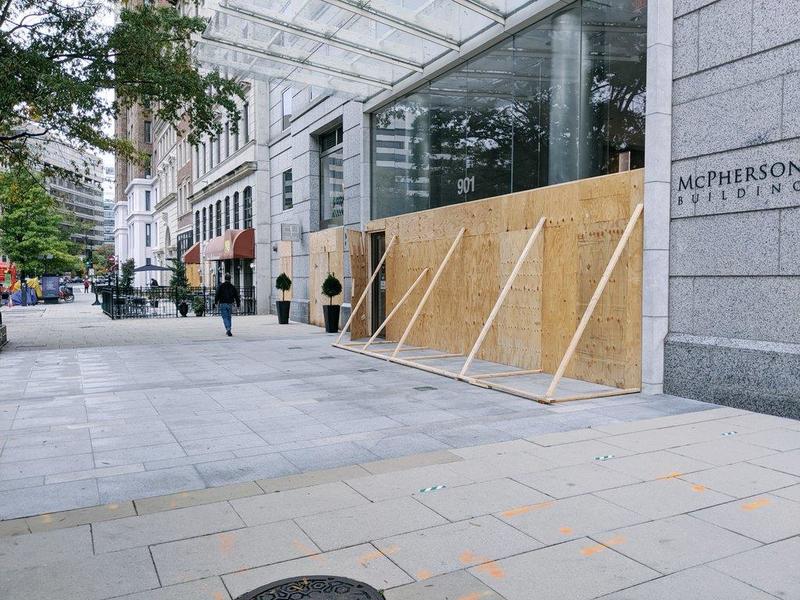 One Twitter user shared photos of downtown LA, where, he claimed, “so many businesses boarded up & in the process of boarding up. Same thing happening in Beverly HIlls & Santa Monica in anticipation of election night. All 3 areas hit hard by looters & rioters during the George Floyd unrest.”

We’re beginning to see a pattern here. Many of the neighborhoods around the country resorting to putting up plywood and other fortifications already learned their lesson back in the Spring. 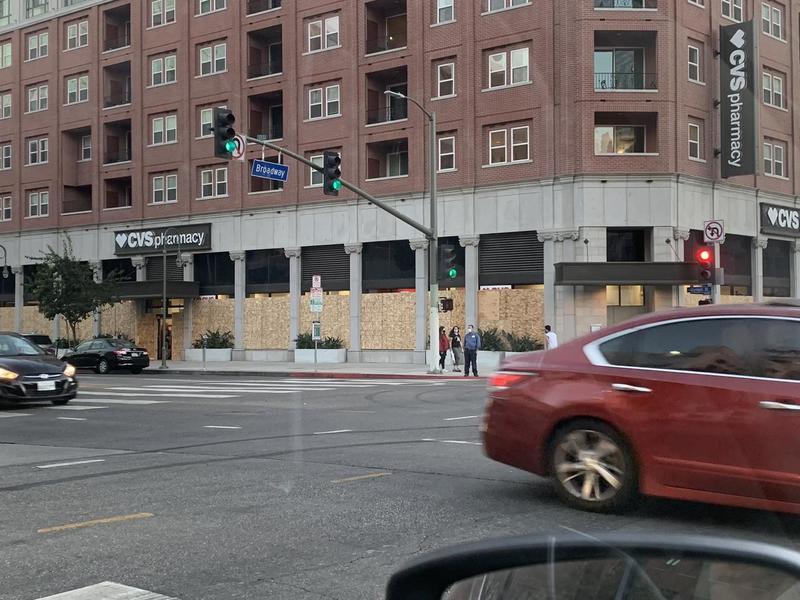 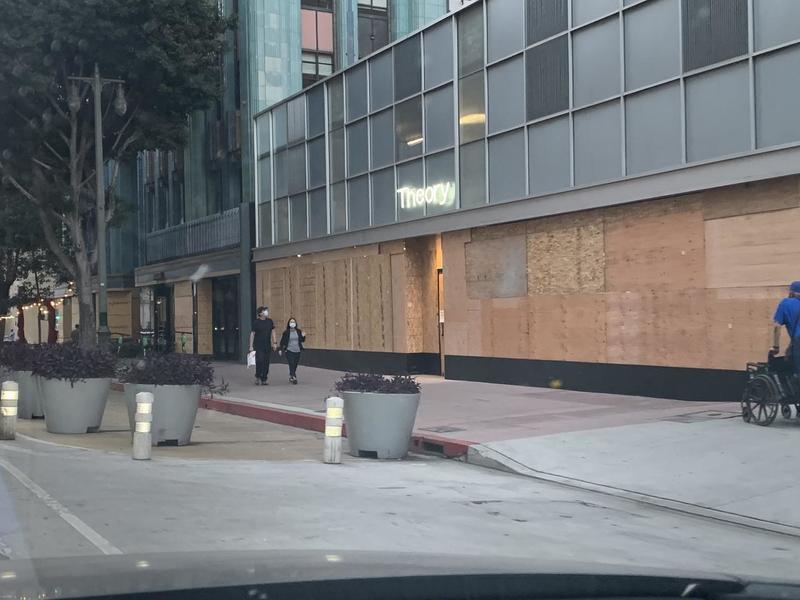 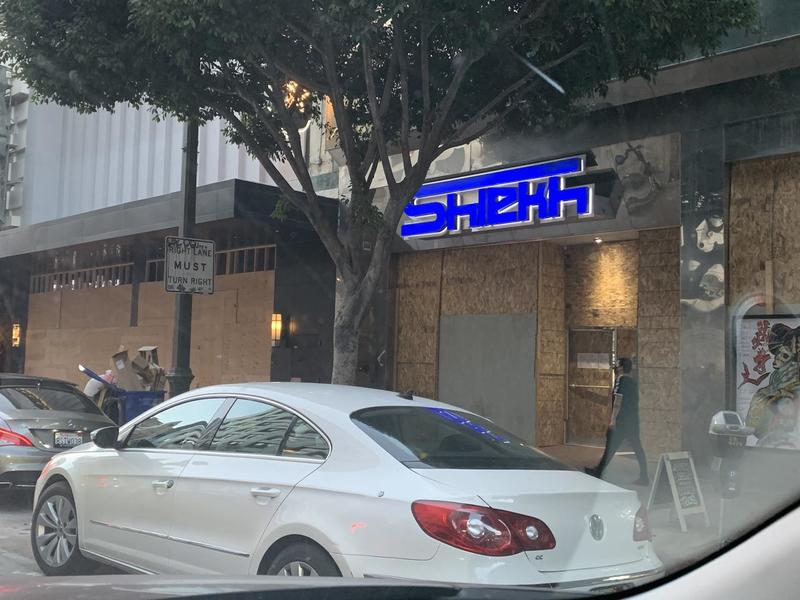 In San Francisco, the city’s tallest building, Salesforce Tower, has covered all of its ground floor windows in plywood, according to tweets from a local journalist. 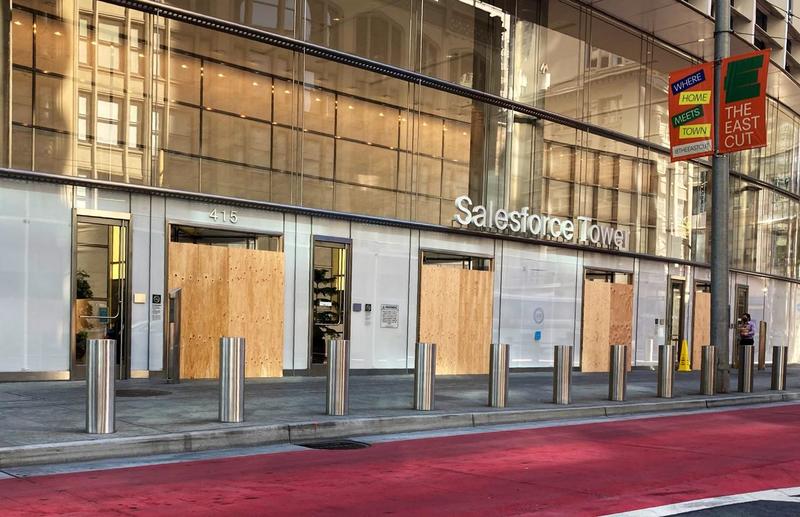 In Seattle, the area formerly known as “CHAZ/CHOP” isn’t taking any chances. 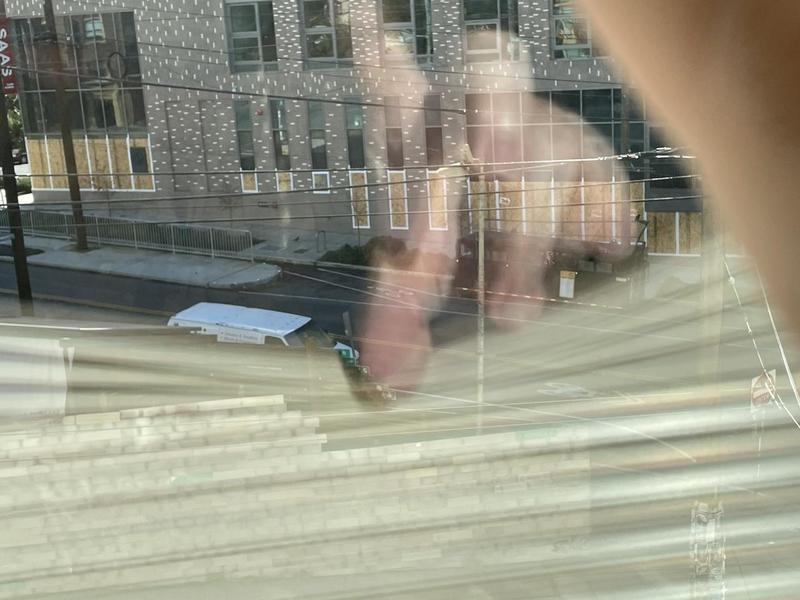 Further out in the suburbs, strip malls in Bellevue, Wash. apparently aren’t taking any chances. 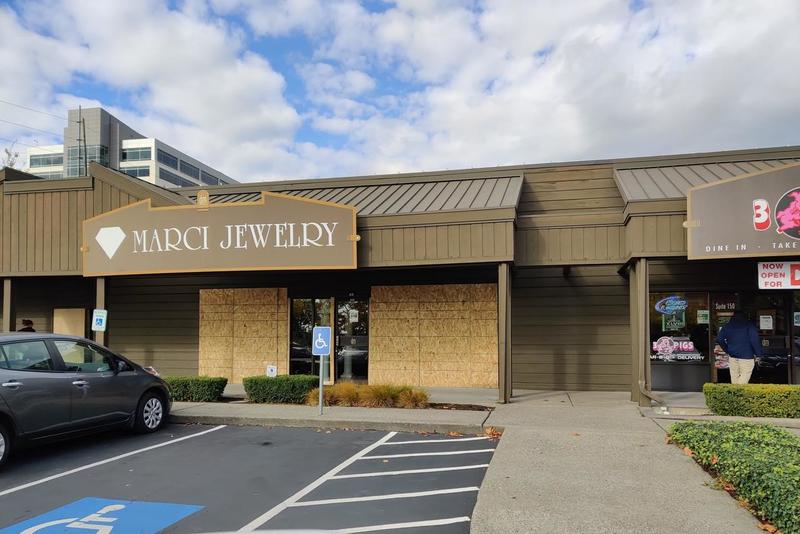 Good morning from an eerily quiet #Portland, Oregon—one of the major American cities preparing for any scenario in the wake of Tuesday’s #USElection. We’ll be on the ground all week covering the latest developments in #Oregon for @GlobalNational, and all @globalnews platforms. ?? pic.twitter.com/i3IjJINinp

One of the many interesting market trends this year is the rising cost of lumber and once-cheap plywood. In addition to terrorizing minority-owned businesses and neighborhoods, looters and rioters are also driving up the cost of building a new home in cities suffering from a desperate shortage of housing stock.

Of course, if the election does end up being contested, we suspect prices for lumber and other materials would soar.