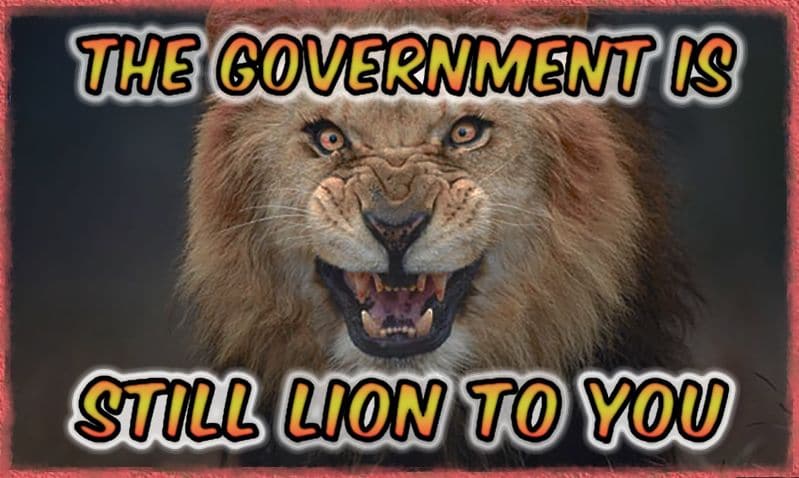 Welcome back beautiful and amazing human beings. Today is October 31st, 2017 and in this video, we are going to be going over the three reality-shattering conspiracy theories that turned out to be true in October.

To make this more interesting, we’re going to go over the latest news occurring now related to these three major truths.

Also available on dTube here. And yes since today is Halloween I am dressed up as a lion so please still take me seriously. “ROAR! The government is still lion to you!”

Alright, so I think one of the major truths that came out this month is the fact that Hollywood and the media industry is run by rapists, molesters, sexual predators, and pedophiles. Most of whom are connected and protected by the elites, politicians, and mainstream media. This causes them to believe they can get away with any crime that they want just because of their power. However, due to brave celebrities speaking out, that’s no longer the case. 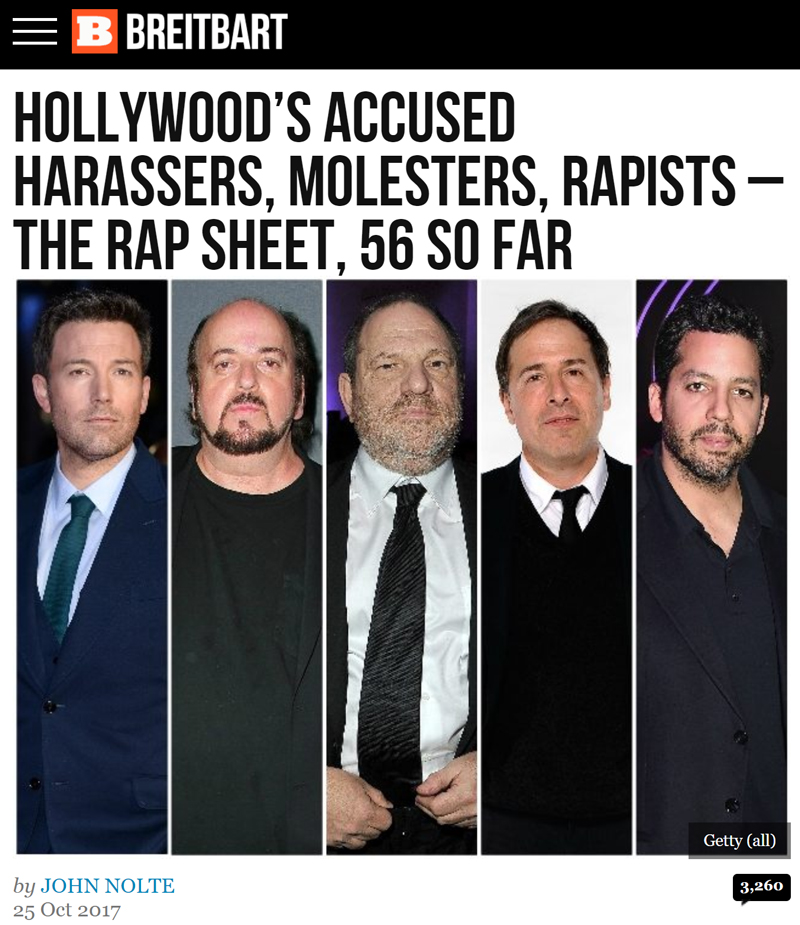 Rose McGowan has been one of the leading voices against sexual harassment in Hollywood even pointing figures at the head of Amazon for complicity and the fact that Harvey Weinstein raped her. Speaking out against powerful lawless sexual predators comes at a price. We’re just finding out that she had a warrant issued for her arrest on a “drug-related charge” stemming from an incident on January 20th of course at the Washington Dulles International Airport. Now, of course, many people are skeptical of this since just 11 days ago Corey Feldman another whistleblower was arrested for marijuana and smeared in mainstream media after saying that he would expose the people who abused him.

Corey Feldman was just on the Today Show where he accused NBC of slanting the coverage against him.

He has vowed to release the names of the six powerful Hollywood pedophiles within the industry. To do this, he says that he needs 10 million dollars to hire lawyers and to make a full feature film revealing what happened to him.

This has resulted in many people criticizing Corey. Ten million dollars is a lot of money, and ultimately we’re going to have to wait to find out the truth behind this situation.

We are learning that Harvey Weinstein was able to get away with assaulting women for over 40 years.

The police failed to prosecute him, and the media quietly sat on the stories. He is still well-connected with the upper echelons of Washington DC.

Washington DC appears to be just as dirty as Hollywood. As not just one woman has come out against former CIA head warmongering demon George H.W. Bush, but a second, third, and now a fourth woman have all come out discussing how this monster sexually assaulted and groped them while making David Copperfield jokes. In reality, this dirt bag should be in jail for this already, especially if we had any semblance of justice but we don’t. 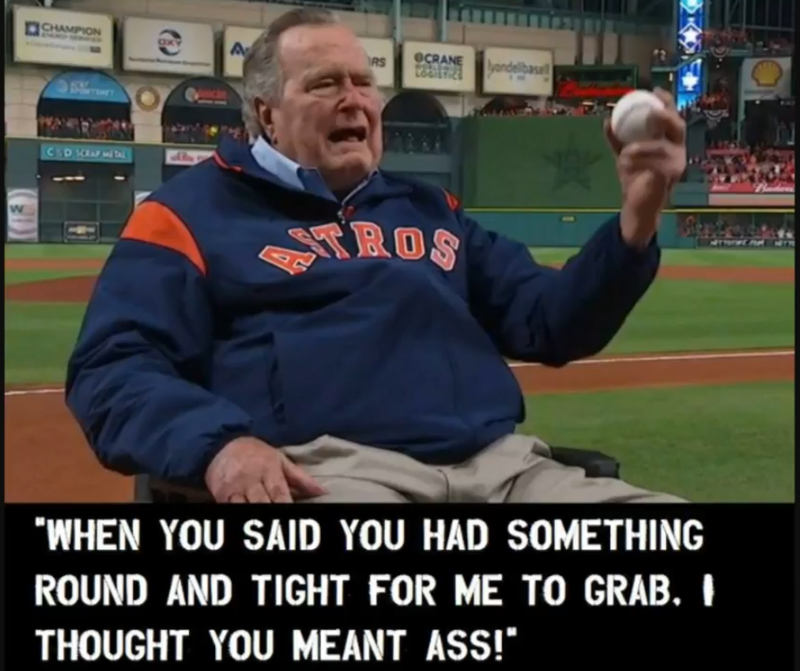 Now to add the cherry on top, we, of course, have the Kevin Spacey scandal happening now where he has been accused of sexually assaulting another minor. Interestingly even family guy joked about this in an episode. Where one of the characters being a young baby running out saying, “help I escaped from Kevin Spacey’s basement.”

Other people are coming out saying that he sexually abused their loved ones and he even admitted there are more stories about him. This story shouldn’t be a surprise for everyone since it goes all the way up to the top. We’re finding out that Kevin Spacey, Bill Clinton, and even Donald Trump have a familiar friend.

That friend, of course, is the billionaire pedophile Jeffrey Epstein who previously took Bill Clinton and Kevin Spacey on rides on his private jet which was called ‘The Lolita Express.’ This man who has around a hundred allegations of sexual assault rape and sexual child abuse with underage girls.

He recently settled in court for millions of dollars just a few weeks ago and after he had those airplane rides with Bill Clinton on the Lolita Express. The sick part of this story is that he even started a group to groom child actors. While Kevin Spacey was promoting his foundation and searching for eager children, the report was published, and it revealed his private flights on the Lolita Express.

These are all facts that you won’t hear in the mainstream media. A mainstream media that is complicit and openly covering up this entire scandal. The reaction to this situation is utterly insane mainly because Kevin Spacey came out and said he doesn’t remember. He was “drunk.” Then he says oh and I’m gay now which in some strange brain altering way absolves him.

The CEO of Allied artists came out defending Kevin Spacey because he was drunk and it happened 30 years ago. The mainstream media simply focused on the single fact that he has announced he is a gay man. The BBC who protected Jimmy Savile, a pedophile, wrote an article questioning why people are so angry about Kevin Spacey coming out.

ABC News says Kevin Spacey comes out in an emotional tweet. In reality, the mainstream media should have run a story saying that Kevin Spacey came out as a drunk who can’t remember if he was a predator pedophile.

I can’t even fathom how a responsible news organization could run those headlines. This just proves how it’s not only Hollywood but also the politicians, elites, police departments and especially the media. The entire entertainment industry is complicit with horrible sexual predators and pedophiles.

If you would have told anyone a month ago that the entertainment industry and Hollywood are infested with pedophiles and cover-ups of their crimes you might have been laughed at, but they are not laughing now.

Now a second theory turned out to be true this October, and that is the fact that the CIA pretty much still runs the show. It controls the mainstream media narrative, and as we found out from the newly released JFK files, they confirm that the CIA had over 40 journalists who were undercover CIA agents helping stage the national discourse. 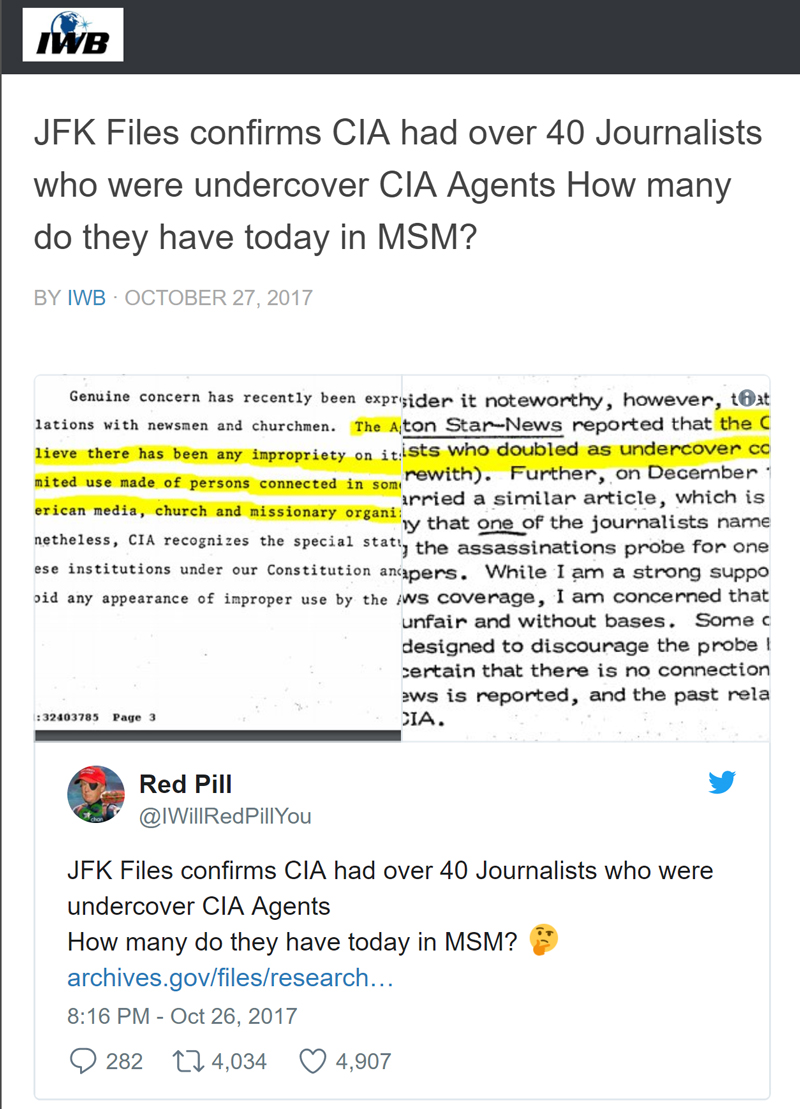 Also uncovered in these new documents was the CIA plotting false flag terrorist attacks, murder plots conspiring to run a fake terrorist attack in Miami that would kill American citizens and more evidence contradicting the official story of what actually happened during the assassination of President John F. Kennedy.

A few weeks ago U.S. President Donald Trump said he would release all of them for full transparency. However, the CIA came to Trump said not so fast buddy and have postponed what is likely more damaging documentation about the CIA’s crimes delaying the official release for another six months.

This, of course, is creating more conspiracy theories since the CIA calls these documents a threat to national security. You would think that fifty years would be long enough for the CIA to redact these records that they’re going to make public.

We shouldn’t be so naive to think that the government would expose themselves to this situation. What this ultimately does show us is, that the CIA and the deep state made a decision and Donald Trump had to go along with it. Which should show everyone who’s really in charge.

If you told anyone in the general public a month ago that the CIA infiltrated the mainstream media, was controlling the narrative and was telling Donald Trump what to do they wouldn’t believe you! We now have the documents to prove that this is true

The third story I wanted to bring to you is the very fact that our government is not a democratic republic but a criminal enterprise. An enterprise bribed by any foreign entity where morals don’t exist, and where you could buy anything. Even advanced US military weapons technology which was sent to Saudi Arabia and of course control of United States uranium to Russia. 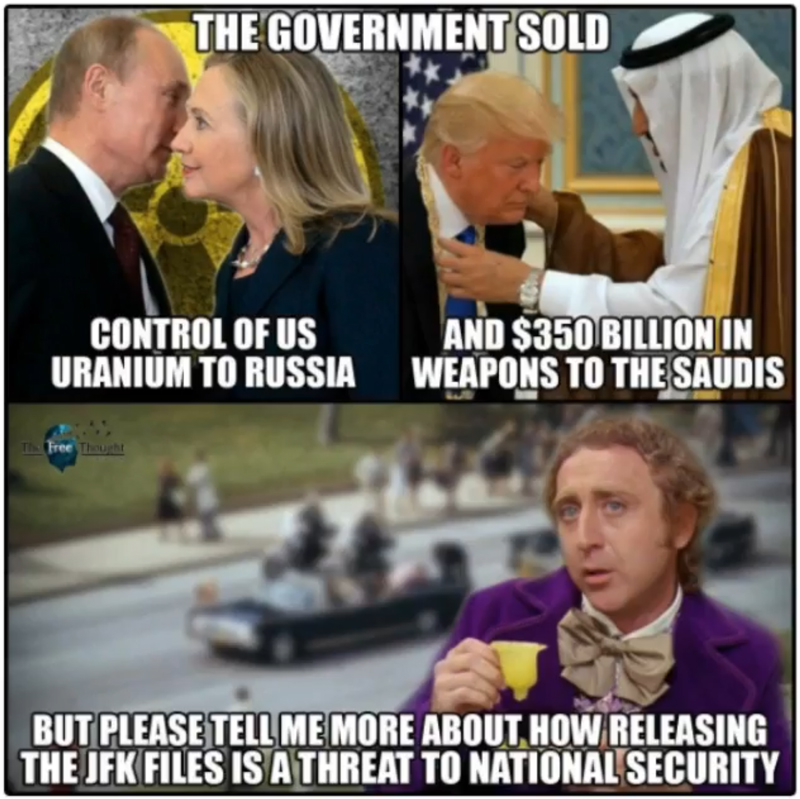 All of this is taking place while Donald Trump tells you that releasing government files from 50 years ago which reveal what the government was doing is a “threat to national security.”

This month alone we found out how Russia got control of 20% of American uranium which was approved by the Obama administration and Hillary Clinton at the State Department. This is a scandal that highlights and reveals the bribery, extortion, kickbacks, and shady business that saw Hillary Clinton and Bill Clinton and their foundations royally compensated. All of which Obama, the Justice Department, and even the FBI which was run by Robert Mueller who at the time-knew. They even caught Russian spies who got were getting close to Hillary Clinton. This led Hillary Clinton to expedite their release back to Russia and finish the deal while the legal system decided to turn a blind eye. The CIA embedded mainstream media is also being oddly quiet about this entire deal.

The biggest story this month is about Trump’s former campaign manager Paul Manafort who has plead not guilty to charges of not paying his taxes, not filling out proper government forms, and receiving money from Ukraine and Russia. 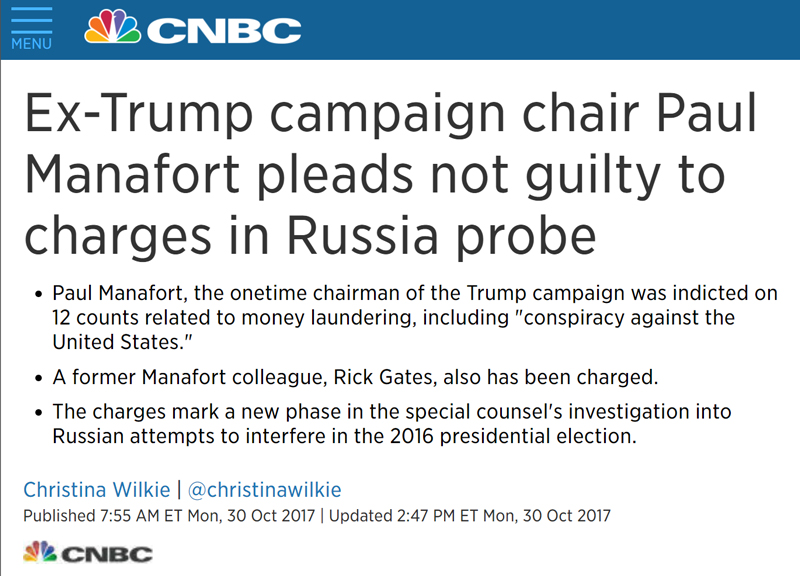 He is a cheesy lobbyist who was under investigation for these alleged crimes even before becoming Trump’s campaign manager years ago.

Whatever this amounts to we will see as it develops. Ultimately I think we will find out how corrupt, shady, and unethical politicians are in government. We will learn that they will ultimately do anything for a buck including selling this country down a river.

You can see how a lot of the stories that I covered today had to do with big media companies hiding these larger truths from you. Which they will always do, and that’s why I do what I do.

I provide an alternative, an answer, a solution to the mass disinformation and weaponized information that is being used against you.

I do this without any corporate or government help but only your donations.

If you believe in this message and want it spread, please consider helping us out. Share this video with your friends and family members if you can. It means a lot to me. If you disagree with me feel free to verbally assault me in the comments section.

I love you guys thank you again so much for reading this!