The mayor of Los Angeles on Tuesday quickly backpedaled from his top health director’s extension of the stay-at-home order that would now last through July, after residents were furious about further quarantines, reported Reuters.

Barbara Ferrer, LA County’s Health Director, said the new public health order, now called “Safer at Home,” would go into effect this Friday and last for three months even as Gov. Gavin Newsom said restaurants and other businesses could reopen.

“While the Safer at Home orders will remain in place over the next few months, restrictions will be gradually relaxed under our 5-stage Roadmap to Recovery, while making sure we are keeping our communities as safe as possible during this pandemic,” Ferrer said in a statement released Tuesday. “We are being guided by science and data that will safely move us forward along the road to recovery in a measured way—one that allows us to ensure that effective distancing and infection control measures are in place.

“We’re counting on the public’s continued compliance with the orders to enable us to relax restrictions, and we are committed to making sure that LA County is in the best position to provide its 10 million residents with the highest level of wellness possible as we progressively get back to normal,” Ferrer continued.

He said, “I want to reassure people because I think there was a lot of panic suddenly when the headlines said we’re all going to stay exactly as we are for three more months when that’s not the case.”

"This is just as dangerous a virus today as it was when it arrived," warns Mayor of Los Angeles Eric Garcetti. "We should never become too comfortable. We're learning to live with it, not moving beyond it." https://t.co/3cxHO27yBP pic.twitter.com/hFPI2eexHu

“I think, quite simply, she’s saying that we’re not going to fully reopen Los Angeles and probably anywhere in America, without any protections or any health orders in the next three months. I think we know it’s going to be even longer than three months,” Garcetti said.

Even though Garcetti tried to cool frustrations about extended lockdowns through the midpoint of summer, public anger shifted back onto the streets as anti-quarantine protesters were furious about the extensions.

While lockdown extensions were seen in LA, California’s state university system also made an announcement on Tuesday that it would cancel classes in the fall.

These announcements come as Dr. Anthony Fauci told Congress, earlier in the day, that lifting lockdowns could trigger a second coronavirus wave. So far, more than 81,700 Americans have died, and the economy has crashed into a severe recession.

However, several private universities will reopen their doors this fall semester, including Chapman University in Orange, with a projected incoming class of 1,700. Loyola Marymount University and Biola University are also planning on in-person classes in the fall, along with increasing chances The Claremont Colleges could do the same. 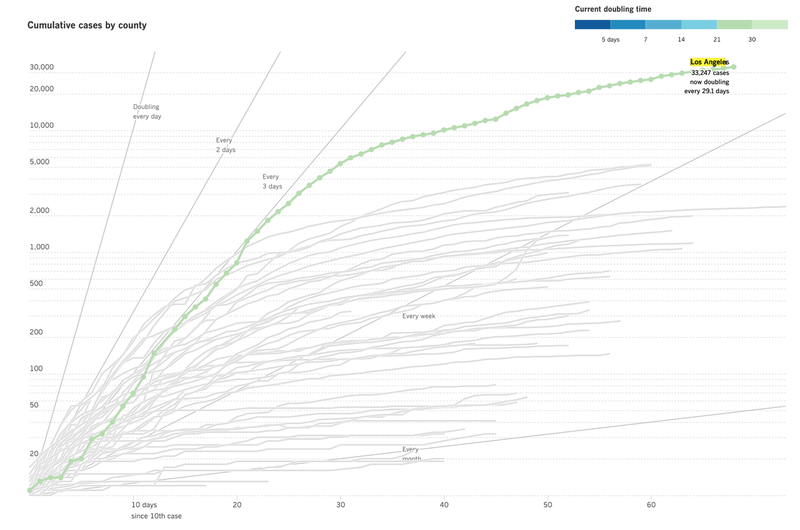