According to The Tennessean, the recreational vehicle exploded “near” an AT&T facility that caused widespread disruption to communication services in the metro area.

Courtesy of Downdetector, the AT&T outage started around 1245 ET, or about six hours after the explosion. 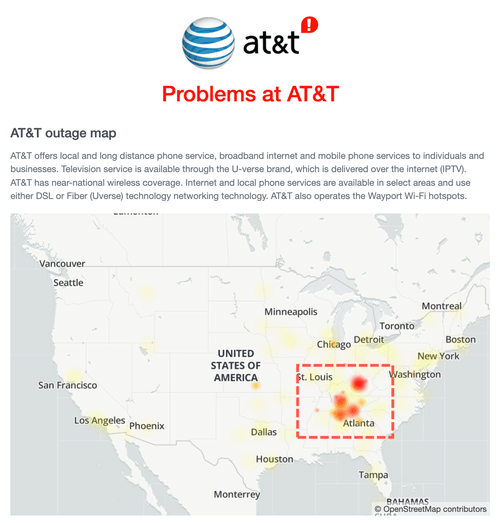 Was this an attack on the nation’s communication grid? 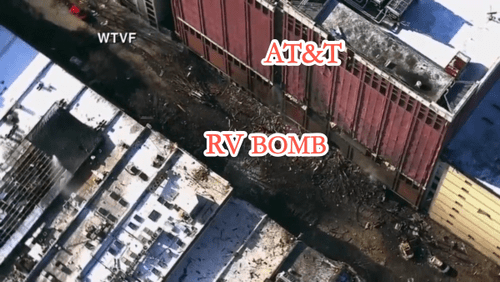 Update (1314ET): A new press conference is underway with the FBI, possibly shedding more light on the Christmas morning explosion in Downtown Nashville.
The FBI is asking the public for help: 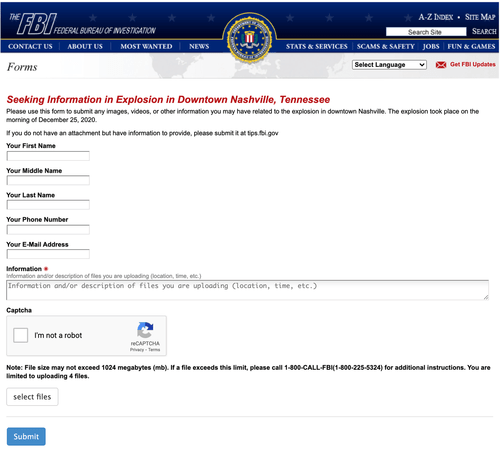 Update (1250 ET): Unconfirmed video appears to have captured the moments before and after the Christmas morning explosion in Downtown Nashville.

Right before the explosion, a woman can be heard on a loudspeaker, saying, “all buildings in this area must be evacuated now.”

She also said: “If you can hear this message, evacuate now.”

After the warning, a loud bang could be heard as the camera was blinded by what appears to be the explosion’s bright light.

Moments later, the camera regains focus only to unveil a city street transformed into a warzone.

Update (1154 ET): According to White House spokesperson Judd Deere, President Trump has been briefed on the explosion in Downtown Nashville and will continue to monitor incoming developments.

NEW: “President Trump has been briefed on the explosion in Nashville, Tennessee, and will continue to receive regular updates," White House says.

"The President is grateful for the incredible first responders and praying for those who were injured.” https://t.co/5r6m5JHvOf

The U.S. Justice Department said Acting Attorney General Jeff Rosen was also briefed on the incident and has directed resources to assist with the investigation.

Nashville Mayor John Cooper said the number of injuries was limited so far.

AP reports at least three people were wounded when the explosion, originating from a recreational vehicle, shattered windows and damaged dozens of buildings.

Here’s an alleged image of the initial explosion. 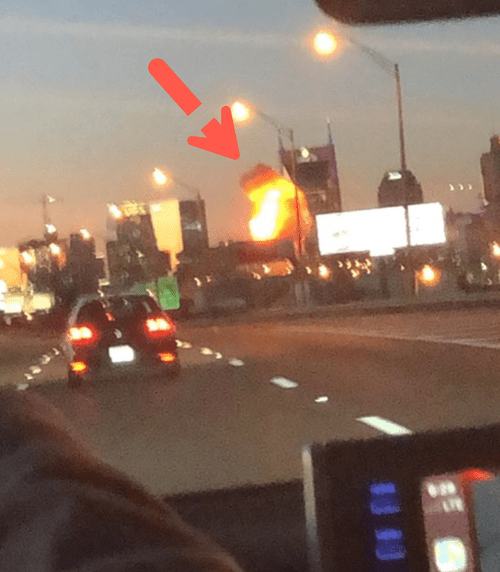 Just after 6:30 am on Friday December 25, 2020 an explosion outside of 166 Second Avenue North caused extensive damage. Representatives from OEM, Nashville Fire Department, Mayor’s Office, Metropolitan Police Department and Federal Agencies will use the EOC to coordinate ongoing response and investigative operations. -EOC Statement

Update (1005 ET): Absolutely terrifying images and video surfaced on social media this morning of an explosion in downtown Nashville. Now authorities believe the explosion was an “intentional act.” The FBI and ATF are responding. 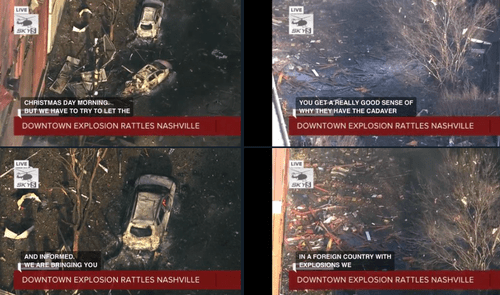 ATF Nashville has tweeted they’re “on the scene of the explosion/fire incident in downtown Nashville, Tennessee.”

BREAKING: .@ATFNashville is on scene of the explosion/fire incident in downtown Nashville, Tennessee. Follow our partners @MNPDNashville for updates. pic.twitter.com/pGEpXj70Gl

According to local news WKRN, the explosion occurred at 6:30 am Friday around Second Avenue and Broadway near Commerce Street.

The explosion was so loud that some residents heard it “12 miles away.”

I have no idea what is going on but the explosion was loud enough to be heard and felt 12 miles away in my apartment. #Nashville

While authorities don’t suspect foul play, scenes from the explosion area look like a warzone.

“Major damage to buildings close to and around scene of huge explosion in #Nashville. Shards of glass and windows blown out hundreds of yards from 2nd Av,” one Twitter user said.

Here is the video:

A video of the aftermath has surfaced on Twitter.

People are reporting their windows have been blown out from the explosion.

there’s another cracked window in this building next to me as well @WKRN @CBSNews @NC5 pic.twitter.com/4aqDYtsRQc