NSA Claims No Spying on Tucker Carlson in Broadly-Worded Denial

The National Security Agency (NSA) has responded to allegations by Fox News host Tucker Carlson that they’ve been monitoring the communications between members of his crew with the intention of getting the show canceled.

In a Tuesday tweet that nobody can respond to, the agency said that the allegation is “untrue,” adding “Tucker Carlson has never been an intelligence target of the Agency and the NSA has never had any plans to try to take his program off the air.”

“NSA has a foreign intelligence mission. We target foreign powers to generate insights on foreign activities that could harm the United States. With limited exceptions (e.g. an emergency), NSA may not target a US citizen without a court order that explicitly authorizes the targeting.

First, it's bizarre that @NSAGov allow no replies.

Second, NSA has used this same deceit for years: they can spy on US citizens' communications without "targeting" the American. 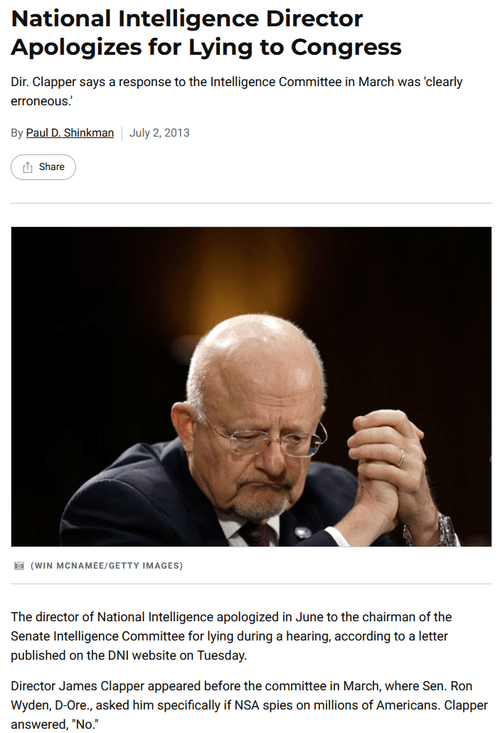 let’s let Glenn Greenwald do the heavy lifting on this one – as his journalism brought us the Snowden leaks which revealed a widespread domestic surveillance apparatus.

Back in 2013, using the NSA's top secret documents, I reported in detail how the NSA collects, stores and monitors Americans' communications without a warrant and without "targeting" the American, which is all NSA denies that it did:https://t.co/P1ORyzDyv4

And just FYI: the Pentagon just suspended a pro-Trump security official for "unauthorized disclosure of classified information" from the NSA — meaning, presumably, that she leaked NSA activities to someone she wasn't supposed to talk to about it:https://t.co/OqCECPj6rr

This is what you do when you're a security state agency designed to lie to the public, and you don't want anyone to see the debunking of the misleading claims and propaganda you post. Just bizarre: pic.twitter.com/niw8cgLLKU

Many possibilities exist given the broad scope of their answer.

That was my take. NSA doesn't deny that they may have intercepted or have some of Tucker's comms, and they certainly don't deny what probably happened (he was caught up in a broader collection about/on someone/something else).

So Tucker is told by an NSA whistleblower that he’s being spied on, and the Pentagon just fired a pro-Trump security official for ‘unauthorized disclosure of classified information’ from the NSA. Who wants to play connect-the-dots?