Anybody who has been paying attention to the Biden Administration’s increasingly coercive and draconian vaccination mandates for workers at nearly every company (except perhaps the smallest businesses (those with fewer than 100 employees, although that, in time, may change, too), the FT reports that American adults are facing a dilemma: whether to get their children between the ages of five and 11 vaccinated.

When the FDA and CDC (going against the advice of advisors) decided to approve the drug for children 5 to 11 to earlier this month, most American parents got the message: pretty soon, they would need to make a decision. Either submit and vaccinate their child despite the fact that most healthy children have little justification for being vaccinated against COVID, or watch as the public education and other services guaranteed their child by the American laws, and the Constitution (although judicial precedent has complicated things a bit) have systemically denied to their children, all because worried parents had concerns about the long-term impact of vaccination – particularly now that Israeli scientists have identified the SARS-CoV-2 proteins responsible for damaging difference aspects of the human anatomy.

In most cases – especially with the Moderna jab – vaccines for minors are being “reformulated” to include a lower dose of the active ingredient. 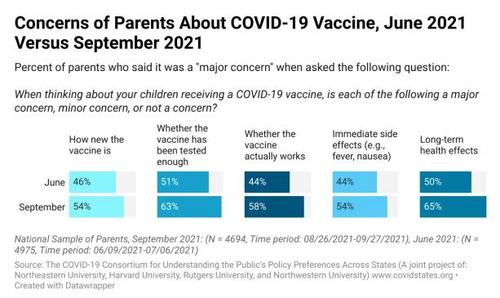 But as Pfizer releases its “miracle” COVID pill, the second COVID antiviral pill introduced by a pharma giant after Merck’s Molnupiravir, and the data showing Pfizer’s pill cuts hospitalizations in vulnerable patients down by 89% (compared with Molnupiravir’s 50%), the Biden Admin’s plan for quickly rolling out jabs to 28MM young children is meeting growing resistance from parents who are hesitant about the jab’s safety, believe it to be unnecessary, or have some other reason for resisting vaccines developed through a partnership between Pharma giants and the US government. 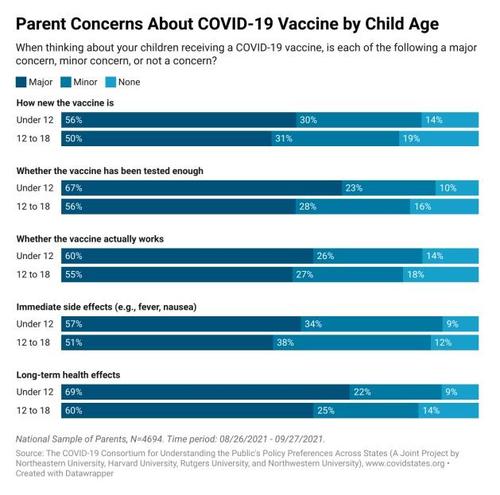 Even some parents who have been vaccinated themselves are opposed to inoculating their five to 11 year olds as they worry about side effects that could be more impactful in younger patients (which is why several Scandinavian governments have moved to restrict who receives doses of Moderna and other mRNA vaccines).

This includes health-care workers like Narika Davis, who has reservations about vaxxing her kids, per the FT.

Narika Davis, a speech therapist from Tennessee, has been vaccinated against Covid-19 along with her husband, because as frontline workers who could be exposed to the virus they wanted to protect their families. But they have decided, for now, not to have their children inoculated as part of what she describes as a nationwide “experiment”.

“This is a new vaccine that has come out and we just feel there isn’t a lot of data yet,” said Davis, who has a four-year-old son and seven-year-old daughter.

So does Mike McDermott, a father of two, who spoke at board meeting in October.

“I’m pro-vaccine, my wife is pro-vaccine, we’re both vaccinated, but I’m not in favour of forcing our kids and my neighbour’s kids to get a vaccine just so they can receive a public education,” Mike McDermott, a father of two, told the board meeting on October 20.

The US is the world’s first country to deliver an EUA for the Pfizer-BioNTech jab for use in younger children, although a handful of other countries including China and Cuba have begun vaccinating minors below the age of 12 with domestically developed vaccines, per FT.

“We need to get the kids vaccinated to break the transmission chain,” said Eric Topol, director of the California-based Scripps Research Translational Institute. “We can see from recent UK and US data that kids really drove the recent surge with the Delta variant.”

Still, other studies found that parents are concerned about vaccinating their children increased significantly between June and September, and that imposing an even broader COVID jab that could keep children out of school for long periods of time would be incredibly controversial and politically unpopular.

Of course, that has never stopped the Democrats in the past.