The conversation about why the Democrats refused to accept the $1.8 trillion COVID Relief bill offered by The White House quickly turned ugly when Blitzer brought up the following tweet from one of her own – Democratic Congressman Ro Khanna…

People in need can’t wait until February. 1.8 trillion is significant & more than twice Obama stimulus. It will allow Biden to start with infrastructure. Obama won in 08 by doing the right thing on TARP instead of what was expedient. Make a deal & put the ball in McConnell court. https://t.co/qAEtd049sW

Pelosi grinned awkwardly, then unleashed on the bearded reporter:

“I don’t know why you’re always an apologist and many of your colleagues are apologists for the Republican position… Ro Khanna, that’s nice. That isn’t what we’re going to do,” wagging her fingers in a matronly way.

She went on briefly reverting to talking points about supporting “our heroes” by funding state and local governments, but in an uncharacteristic move, Blitzer refused to back off, “…there are million of Americans out there who can’t pay the rent, feed their kids and $1.8 trillion [is a lot]” adding that he’s also spoken with former Democratic presidential candidate Andrew Yang, who said to take the deal, “it’s not everything you want, but there’s a lot there.” 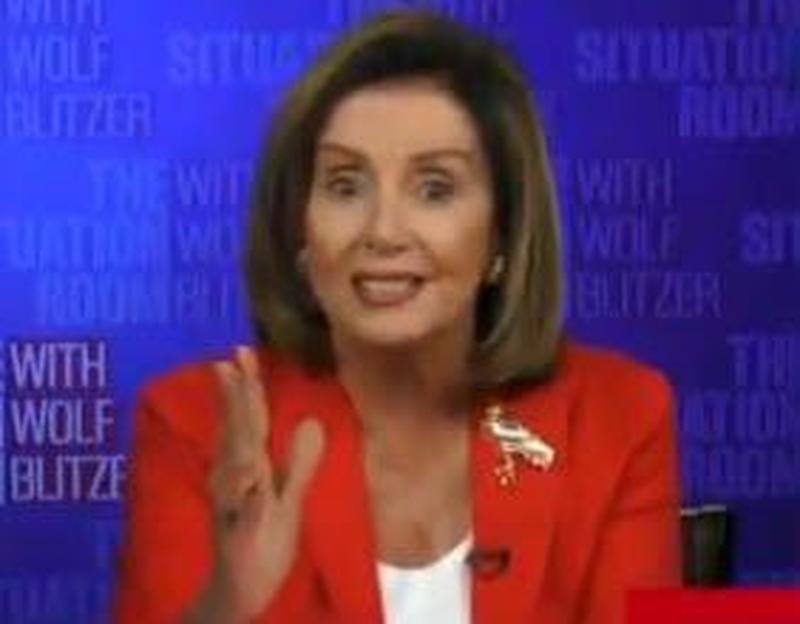 Pelosi was rattled – this is what what she signed up for ….

“Honest to God, I really can’t get over it. Because Andrew Yang, he’s lovely. Ro Khanna, he’s lovely. They’re not negotiating this situation… they have no idea…“

and then said “I didn’t come over here so you’re the apologist for the Obama…” but before she could correct her mis-speak, Blitzer fired back by urging her to reach out to the president and make a deal.

“Why not work out a deal with [President Trump] and don’t let the perfect as they say here in Washington, be the enemy of the good?”

That was the tipping point and Angry Nancy was exposed…

“What makes me amused if it weren’t so sad is how you all think that you know more about the suffering of the American people than those of us who are elected by them to represent them at that table... It is unfortunate that we do not share our values with this White House.” 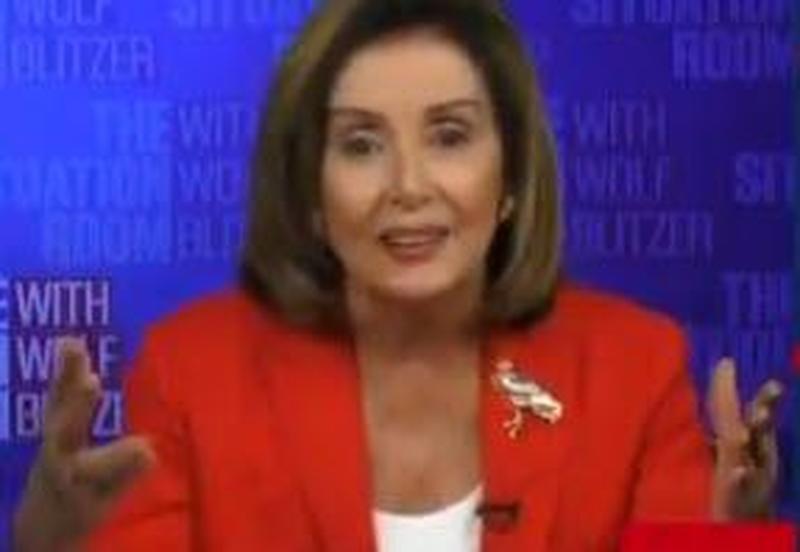 More talking points gushed forth, not addressing any of the issues that Blitzer dared to utter. Pelosi exclaimed:

“With all due respect, and we’ve known each other a long time, you really don’t know what you’re talking about. . . Do a service to the issue and have some level of respect for the people who have worked on these issues, written the bill to begin with.”

The cage-match ended even more stunningly as Blitzer and Pelosi spoke over each other, fighting for the last word…

“No, we’ll leave it on the note that you’re not right on this, Wolf, and I hate to say that to you,” Pelosi responded,

Pelosi refused to allow Blitzer – the anhcor of the show – the final word on his show:

“Thank you for your sensitivity to our constituents’ needs,” Pelosi said with dry sarcasm.

“I am sensitive to them because I see them on the street begging for food, begging for money,” Blitzer said.

“Have you fed them? We feed them,” she snapped as the show ended… 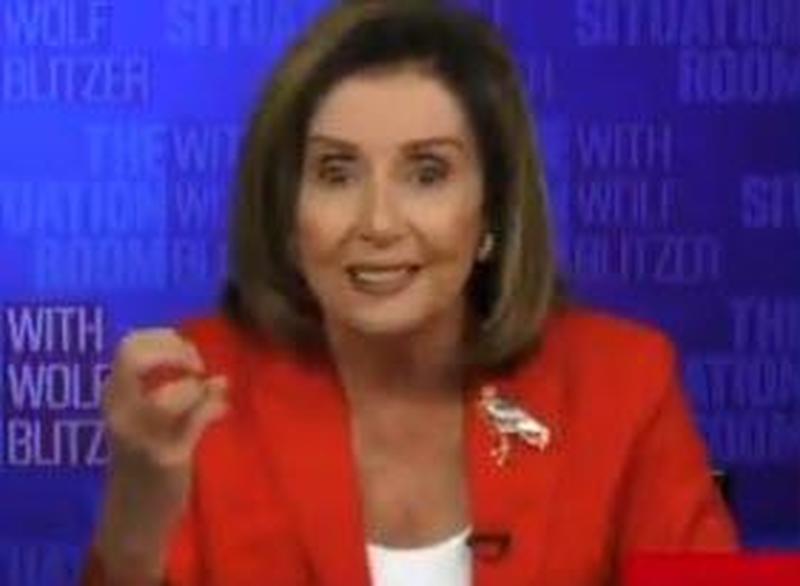 CNN’S @wolfblitzer presses House Speaker Nancy Pelosi on President Trump’s $1.8 trillion stimulus proposal and why she doesn’t agree with it. “They do not share our values,” Pelosi says. pic.twitter.com/AVHKZH21NA

Did CNN just realize that if Trump loses, their viewership will truly go thru the floor?