Russia Declassifies Footage of the Biggest Nuke Ever Tested

Widely considered to be the most powerful nuclear weapon ever created and tested, it was detonated 4,000 meters above a sparsely populated archipelago in the Barents Sea on Oct. 30, 1961 as part of a secretive test nevertheless detected by US intelligence. 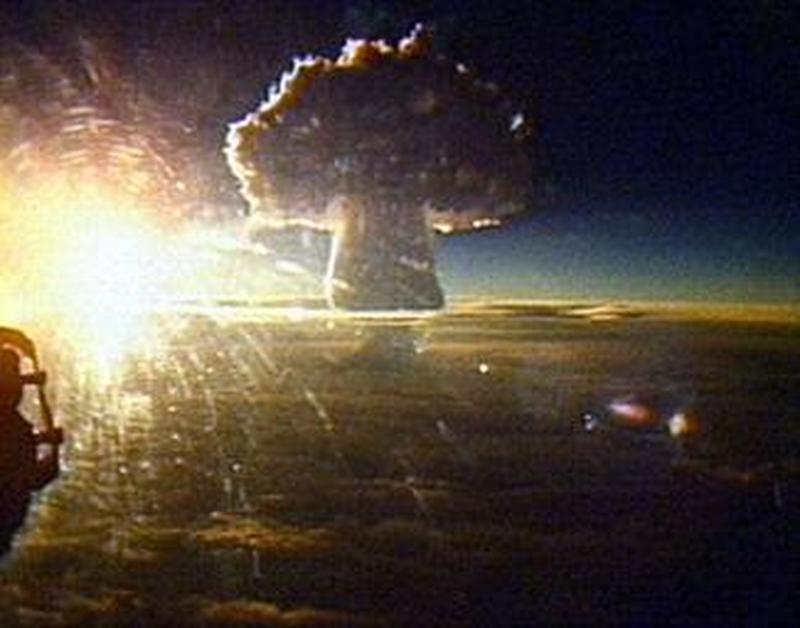 The bomb had a yield of an estimated 50 megatons, or the equivalent of 50 million tons of TNT, and though poor-quality images had already been released, just days ago the Rosatom State Atomic Energy Corporation published a 40-minute full documentary featuring the new declassified video of the bomb detonation after being dropped by a Tu-95 Bear bomber on the occasion of the 75th anniversary of Russia’s nuclear industry.

As shown in the new footage, the physical dimensions of the Tsar Bomba was unprecedented at a length of 26 feet and height of 7 feet.

BBC had previously profiled it as “too big to use in war” given the thermonuclear bomb was so powerful it could potentially wipe out any nearby Soviet outpost along with the enemy (the Soviet long-range bomber that dropped it was said to have been impacted by the shock wave even though it was already at least a couple dozen miles away at the moment of detonation).

Aspects of the Tu-95V Soviet bomber that dropped it over the Arctic test site had to be modified to accommodate it.

The new footage features never before seen images of the massive bomb being carefully transported by train. 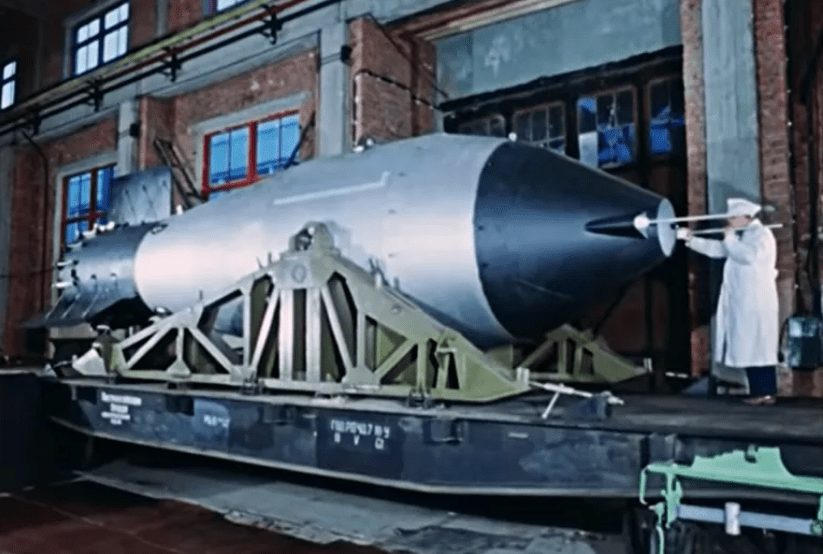 As The Drive details, the footage reveals multiple never before seen angles to the blast which produced a shock wave felt at least 75 miles away and created a mushroom cloud that reached 42 miles into the air, or seven times taller than Mount Everest:

The documentary shows us inside the cockpit of the Tu-95V, where aircrew don protective goggles before we see the 26.5-ton bomb falls away gently under a parachute towards its intended target — the Russian Defense Ministry’s State Testing Site No. 6 — close to Novaya Zemlya’s Matochkin Strait. The detonation itself is recorded from several different aspects, including from the air.

The ‘covert’ Soviet test ended up not being so secret after all, given reports say the blast and resulting mushroom cloud were visible up to 621 miles away, further shattering windows in nearby Finland.

Below is the full declassified video published by Rosatom State Atomic Energy Corporation:

It was considered the Soviet Union’s final great “doomsday weapon” and thankfully was never to be replicated, though Soviet leaders later boasted they could produce a blast twice as large in any final nuclear showdown with the United States.

For years analysts have said the detonation was so large as to make the bombs dropped over Hiroshima and Nagasaki appear like mini-nukes in comparison. 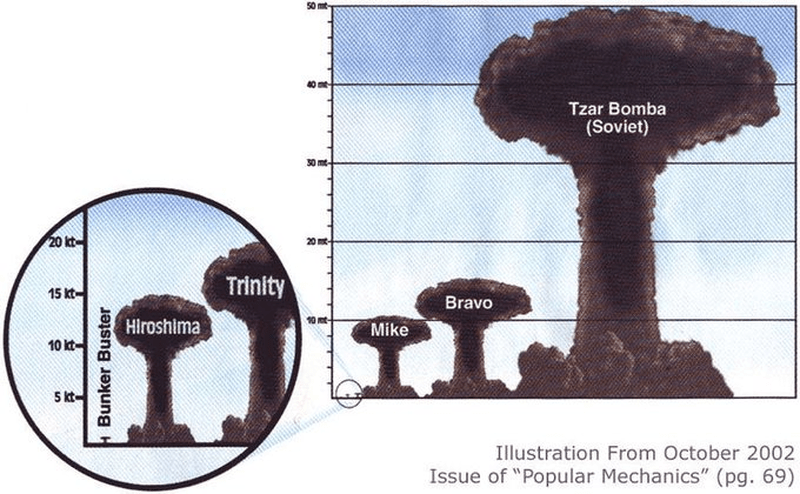 And The Drive describes further of the new footage:

According to the video, the Tu-95V was 28 miles away from the release point, and the detonation produced a fireball visible 621 miles away, despite cloudy conditions. “The explosion was accompanied by a bright flash of unusual strength,” the narrator explains. Within seconds, a column of dust had risen to a height of around 6 miles.

“The footage then returns to the aircraft, at a distance of 155 miles from the detonation and we see the huge fireball, rising slowly and expanding to reach a maximum of 12 miles across,” the report adds. 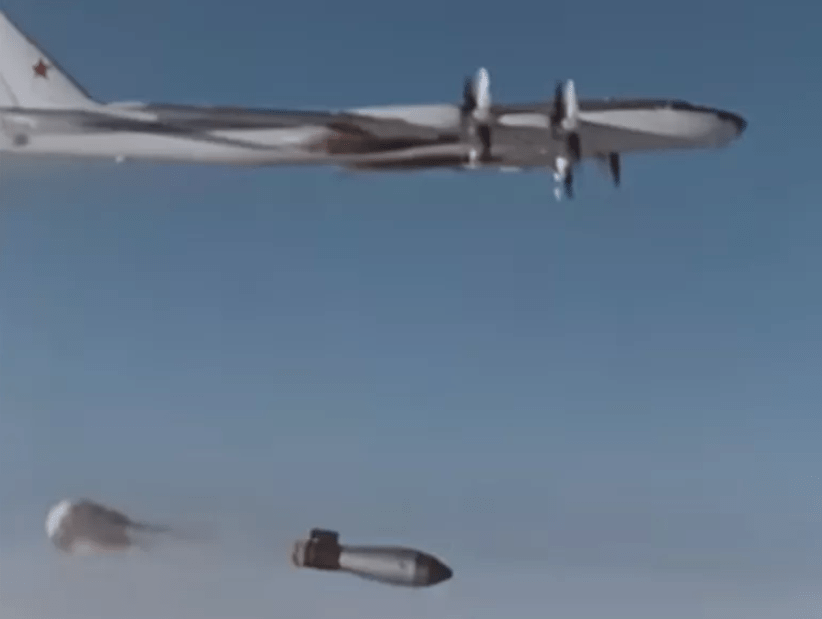 And the cloud ends up reaching an unbelievable forty miles into the atmosphere: “Forty seconds after the detonation, the fireball has reached a height of approximately 19 miles, after which a mushroom cloud begins to form, reaching a maximum height of 37-40 miles and a diameter of 56 miles.”

Clip focusing on the new blast footage showing multiple angles and distances from detonation site, which makes up the final minutes of the full declassified documentary: