Borders shut, markets in nose-dive, restaurants and bars closed in some major American cities, super market shelves empty, professional sports canceled, and even the Las Vegas Strip shuttered — and yet many beaches and bars which typically serve as popular Spring Break destinations are still packed with oblivious college students determined to party till the end.

While yes it’s true that Miami Beach and Fort Lauderdale are closed, other water front areas across Florida as well as Texas and southern states are packed out with young revelers, many entering their second week of “extended” break given university closures across the US.

The party will go on, undaunted by the deadly coronavirus pandemic that has seen much of the country grind to a halt, apparently.

Previously in announcing temporary closures in his areas, Miami Beach Mayor Dan Gelber said, “We cannot become a petri dish for a very dangerous virus.” He declared: “Spring break is over. The party is over.”

But clearly many other areas didn’t get the memo and witnessed an influx of bikini clad, beer guzzling partyers to their towns and beaches.

BUSY BEACH! This is what @MyClearwater Beach looks like right now as spring break crowds flock to the sand. #Clearwater leaders haven’t decided if they should add a curfew or close beaches but they may vote on measures related to the #coronavirus this Thursday. @abcactionnews pic.twitter.com/jGoxQdYJg5

The scene just before Fort Lauderdale closed its beaches early this week:

Here are the young men and young women (I refuse to call them “kids“) celebrating spring break in Fort Lauderdale. They are going to bring coronavirus home to their parents & grandparents. And they do not care. pic.twitter.com/SmJAwr7Lpk

And further, the report notes at a time that the White House and CDC has urged that gatherings should be limited to no more than ten people:

Officials are monitoring the beaches to make sure crowds don’t swell.

Also Daytona Beach was determined to keep reservations and beaches open as of the start of the week. Scott Edwards, manager at Daytona Beach Welcome Center, said: “We’re holding our own this week, but next week does not look good.”

Thus far it looks like local officials at many Spring Break destinations are actually on the side of the youthful and seemingly blasé beach revelers, with Pinellas County Sheriff Bob Gualtieri cited as saying that given the large-scale event cancellations and business closures, people are “going to need some sort of an outlet.”

This is where among the masses of carefree college students “the deadly coronavirus is barely an afterthought” — as Bloomberg describes:

The tightly packed throng lingered for hours Thursday, soaking up the sun and other typical Spring Break fare, including bikini and push-up contests and free music shows, seemingly oblivious to the market upheaval and the warnings from health experts to practice social distancing.

The previous day, as the World Health Organization declared the coronavirus a global pandemic, hundreds of them had partied for hours at a nearby nightclub where rapper Silento performed. And on Sunday, many headed to a massive pool party at a beachside resort.

According to local reports, many town residents are increasingly outraged that events haven’t been canceled; instead, “students are coming here from the Midwest, Mid-Atlantic, the West Coast for several weeks.”

Picture of Spring Break on South Padre last night. Time for a legally mandated, required shutdown of our country. pic.twitter.com/XW0aUwsjVO

But in a move that appears too-little-too-late, South Padre as of late Monday issued a Local State of Disaster for the area, and while it cancelled remaining “large-stage events,” the beach and other major popular spots are reportedly still open.

Elsewhere around the country as colleges and universities canceled classes, many going to an on-line remote learning format for the rest of the semester, students treated the whole thing as a “snow day” – and flooded local bars.

Students formed lines outside Rick’s, Harper’s, Dublin Square, and other local bars that extended around corners and down blockshttps://t.co/R3PvQu4zFG 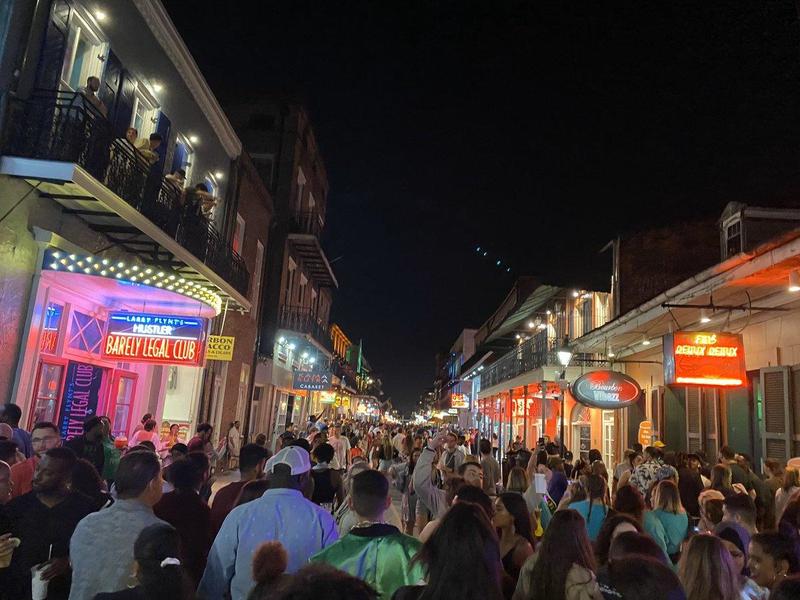 The brazen disregard for what’s happening all around them is perhaps driven by a widespread perception and media reports that younger and healthier individuals are much less likely to get seriously ill by Covid-19.

But given the rising rates of infection and even hospitalization among young adults in places like Italy, this is far from confirmed at this point, and of course misses the point altogether of community-wide efforts to contain to the spread.