State of Emergency Declared in Florida: Millions of Gallons of “Radioactive Wastewater” Could Collapse “at Any Time”

Florida residents located within a one of a phosphate processing plant in Manatee County were evacuated this weekend as officials warned that a pond containing radioactive wastewater could collapse “at any time,” according to CBS News.

“A portion of the containment wall at the leak site shifted laterally,” said Manatee Director of Public Safety Jake Saur, after the Piney Point processing plant developed a “significant leak” according to county officials cited by WTSP-TV. Saur said that a “structural collapse could occur at any time.” Governor Ron DeSantis declared a state of emergency for the area on Saturday. 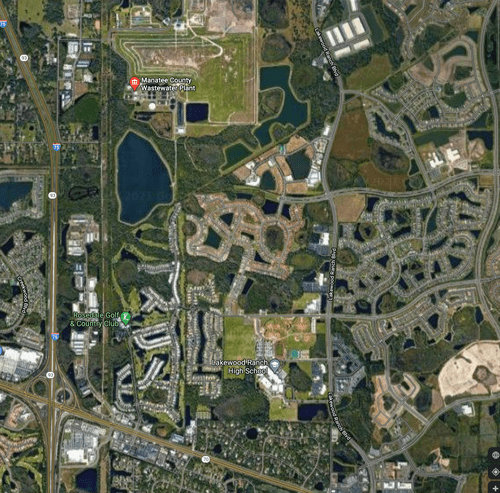 On Friday, the Manatee County Public Safety Department sent out emergency evacuation notices to those living within a half-mile of the facility, only to expand the orders to those within one mile north, and half-mile south of the reservoir’s stacks of phosphogypsum – a radioactive fertilizer waste product left over when phosphate ore is processed into a fertilizer component.

Nearby stretches of highway were also closed to traffic according to the report.

Mandatory evacuations were extended an additional half mile west and one mile southwest of the site on Saturday evening. Manatee County Public Safety Department said that 316 households are within the full evacuation area. –CBS News

“In addition to high concentrations of radioactive materials, phosphogypsum and processed wastewater can also contain carcinogens and heavy toxic metals,” said the Center for Biological Diversity in a Saturday statement. “For every ton of phosphoric acid produced, the fertilizer industry creates 5 tons of radioactive phosphogypsum waste, which is stored in mountainous stacks hundreds of acres wide and hundreds of feet tall.”

According to Manatee County Commissioner Vanessa Baugh, the “public must heed that notice to avoid harm.”

Officials are on site conducting a controlled release of water, roughly 22,000 gallons a minute.

The water that is currently being pumped out by officials in order to avoid a full collapse is a mix of sea water from a local dredge project, storm water and rain runoff. The water has not been treated.

“The water meets water quality standards for marine waters with the exception of pH, total phosphorus, total nitrogen and total ammonia nitrogen,” said officials in a statement. “It is slightly acidic, but not at a level that is expected to be a concern, nor is it expected to be toxic.”

State Agriculture Commissioner Nikki Fried said in a Saturday letter to DeSantis that an emergency session of Florida’s cabinet is in order to discuss the situation, adding that the leaking water is “contaminated, radioactive wastewater,” and not the plant’s first.

“For more than fifty years, this Central Florida mining operation has caused numerous human health and environmental disasters and incidents,” she wrote. “There have been numerous, well-documented failures — which continue today — of the property’s reservoir liner, including leaks, poor welds, holes, cracks and weaknesses that existed prior to purchase by the current owner, HRK Holdings, and exacerbated since.”

I have requested that @GovRonDeSantis convene an emergency meeting of the Florida Cabinet for a briefing by @FLDEPNews Secretary @NoahValenstein on the imminent #PineyPoint disaster.

? If you are in the area, follow directions from local officials and evacuate NOW if ordered. pic.twitter.com/3UUz4VikO5