Three Aboriginal teenagers who escaped a Northern Australian Covid internment camp were arrested by police, who say they don’t believe they came into contact with members of the nearby community and “the health risk to the community was very low,” adding “But there is absolutely no excuse for the actions of these three this morning.”

According to the Australian Broadcasting Corporation (ABC), the three teens from the Binjari community near Katherine, aged 15, 16 and 17, tested negative for the virus yesterday. They had been confined to quarantine for being ‘close contacts of positive cases,’ only to scale a fence and escape at 4:30 am Wednesday morning.

NT Police Commissioner Jamie Chalker said officers found the trio on the edge of Palmerston and arrested them after a chase on foot.

He said the young people are still being interviewed but “early indications” were they had not had any contact with members of the public.

The facility is housing people affected by the  Katherine region COVID-19 outbreak as well as returned travellers from repatriation flights, including a man who tested positive for the Omicron variant on Monday.

Each of the teens faces a fine of up to $5,024. According to Chalker, they will beef up CCTV coverage at the facility, and that they would discuss making more contact with lonely residents whose isolation ‘may have been a trigger’ for the escape.

“I also want to point to the overwhelming compliance that we’ve had, given several hundred people have been placed into the Centre of National Resilience linked to the clusters from Robinson River, Katherine, Binjari and Rockhole,” he said.

Their escape set off a police manhunt, which included highway checkpoints.

BREAKING: Police set up checkpoints after several wards escaped from government quarantine facility in Howard Springs, Australia. So far, three fugitives have been caught; all three tested negative for COVID-19.https://t.co/CKjJ5pbadepic.twitter.com/X04pm3Ox3m

This is what happens when you let tyrants run Bartertown… 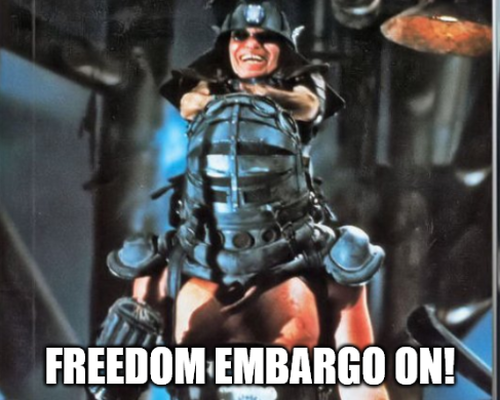