“Trying to Get the Hell Out”: Emergency Lockdown in London Triggers Mass Exodus

With more than 16 million Britons now required to stay at home as coronavirus lockdown went into effect on Sunday, tens of thousands of Londoners scrambled to get out of the capital Saturday night.

Boris Johnson’s bombshell announcement to introduce Tier 4 restrictions in London and southeast England, to mitigate the spreading of a new strain of the coronavirus, sparked traffic jams and crowded train terminals as people made a mad dash out of the metro area before draconian new rules were imposed at midnight. 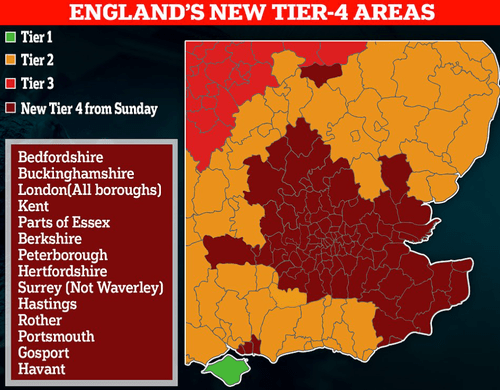 “Traffic data showed jams increasing inside London and its surrounds, and train prices were surging with increased demand,” The Independent said.

Here are the scene from last night.

Why would there be traffic jams in London on a Saturday night during COVID? Surely not because everyone is trying to get the hell out… pic.twitter.com/j2Z3GwFt7e

Long queues of traffic on the #A40 in #London after Boris Johnson's #tier4 announcementhttps://t.co/BfF1rWWNnN pic.twitter.com/HtLFADTTbR 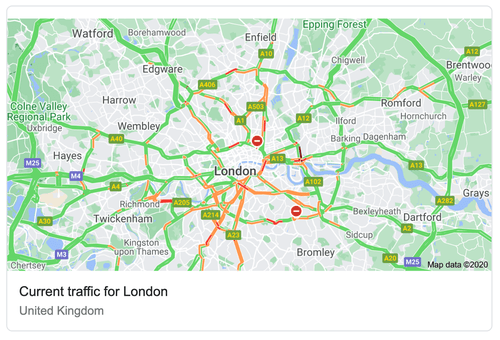 Footage taken at London’s St Pancras station showed no social distancing was followed as people were only concerned about escaping the city by midnight.

Last train out of Saigon. Queue at St Pancras as we wait to board the Leeds bound train. pic.twitter.com/cFDBDNnYFC

A woman told the Press Association that she and her husband, along with their young son, made the “split decision” to leave the metro area for the coast to escape the new lockdown.

“We just made the decision to leave based on the fact that my parents said come, and we couldn’t bear the thought of no fresh air and a toddler going rogue round a small flat for the foreseeable,” she said.

Other train stations in the metro area experienced “travel chaos.”

If they didn’t want this new variant to get out of London, it’s just found a possible new route. It’s called the train line to the East Midlands from St Pancras station tonight … ? pic.twitter.com/hIPOMG7Bex

@EastMidRailway Could you please explain why the 20:02 train from London to Leeds has been this severely overbooked? I can’t fathom the fact many of us have paid hundreds of pounds for a hellish journey like this. pic.twitter.com/jtugmR59Ts

A Tier 4 level for London and southeast England – about one-third of the English population – means millions will have to stay at home except for essential reasons. Retail and indoor leisure and entertainment will be closed, along with social mixing will be limited to meeting one other person. In other words, Christmas is canceled.

Those who decided to spend the holidays in London rushed to stores to load up on essentials.

Johnson had initially planned to ease the draconian measures ahead of the holidays, but an abrupt change occurred after government scientists found the virus mutated.

While it’s anyone’s guess how long the new coronavirus restrictions will stay, a reminder from Goldman Sach’s team of analysts showed virus cases accelerate in colder weather and will lead to a dramatic slowdown in economies during 4Q20 into 1Q21.