By immediately condemning the Hunter Biden emails and photos published by the New York Post as the work of Russian hackers colluding with Rudy Giuliani, the MSM destroyed any credibility it might have had. As we pointed out earlier, more evidence has emerged to support Giuliani’s version of events – namely, that he was given a copy of the laptop’s hard drive and all of its contents by the owner of a Delaware computer-repair shop.

But despite apologizing and acknowledging  “straight up blocking of URLs was wrong”, Twitter CEO Jack Dorsey has apparently not finished punishing the New York Post, because three days after the account was initially frozen, the New York Post hasn’t been able to tweet, and according to a NY Post report, Twitter has frozen the New York Post’s account until the paper’s social media managers agree to delete six tweets about Hunter Biden.

“Anyone who looks at The Post’s Twitter feed can’t even see the tweets about the Biden stories, which have been replaced by messages saying, ‘This Tweet is no longer available,'” the Post wrote on Friday.

Twitter previously said the Post’s Hunter Biden stories violated the website’s Hacked Media Policy which prohibits the display of “hacked” information, an allegation that the Post called “baseless.” However, on Friday, Twitter updated that policy, saying it will start labeling content that violates its rules rather than remove it altogether “unless it is directly shared by hackers or those acting in concert with them.”

Confusingly, though, the company said that these changes wouldn’t apply retroactively, meaning that the NYP still must delete the tweets if it wants to use its account again, even though readers can’t even see them. 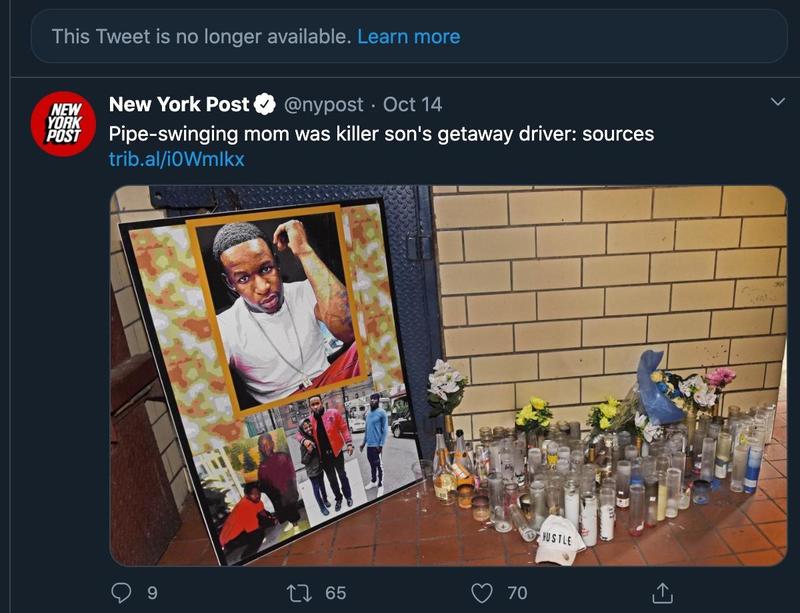 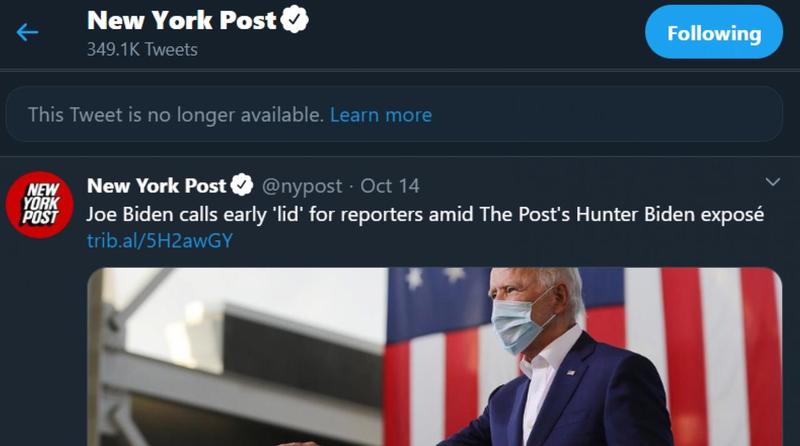 Facebook, meanwhile, is temporarily restricting circulation of the story until an independent team of fact checkers has had time to investigate the claims, and certify they are real.

While social media has been rife with speculation, in the days since the first NYP story was published, nobody has offered anything in the way of evidence – however circumstantial or unconvincing – that the materials were stolen by hackers. Beyond James Clapper’s ‘professional opinion’, the MSM has nothing to support these claims.

“To me, this is just classic textbook Soviet Russian tradecraft at work,” former Director of National Intelligence James Clapper says as authorities are investigating if recently published emails are tied to a Russian disinformation effort targeting Biden. https://t.co/shyMNnJ7Yr pic.twitter.com/GFSeIWXeY4