Remember all those Twitter armchair analysts who whined about Jeffrey Gundlach’s recent speculation about the effectiveness of the looming US (and international) vaccine rollout for not being rooted in “the science”? Even though Gundlach was clearly sharing what was clearly speculation about the prospects for the rollout (within the framework of his investing outlook, or at least that’s what it sounded like) his comments about the pace at which SARS-CoV-2 “mutates” seemed to evoke particular scorn.

Some claimed that Gundlach’s speculation about the long-term effectiveness of the first generation of coronavirus vaccines was based entirely on fiction, and asserted that there’s simply no logical reason to question the notion that the mRNA jabs will be 100% effective (or rather, 95% effective, at least purportedly for Pfizer’s and Moderna’s models) and completely safe.

Well, in what has become one of the biggest COVID-19-related headlines of the day, UK Health Secretary Matthew Hancock revealed on Monday during an update before Parliament that new evidence of a new strain of the virus that’s purportedly spreading more efficiently than earlier known strains.

Hancock insisted that there’s no evidence the vaccine is more deadly, or that the newly introduced vaccines will be less effective at combating infection, though it’s hard not to notice that the findings echo similar comments from government scientists in South Australia, who warned of evidence of more infectious and possibly more deadly mutations as justification to order a brief but extremely severe circuit-breaker lockdown last month.

At least 60 different local authorities had documented cases of the new strain and its role in “exponential rises” in coronavirus infections across London, Kent, parts of Essex and Hertfordshire.

Scotland’s Nicola Sturgeon said on Twitter that the news was certainly concerning, and that she would be considering whether “additional precautions are necessary.”

This is clearly a potentially concerning development. Our CMO ?@DrGregorSmith? has given me an initial briefing this afternoon and @scotgov? will be monitoring closely. We will also consider whether any additional precautions are required meantime https://t.co/0PEkZvbanM

The news followed Hancock’s confirmation to London MPs that the capital city would be moved to “Tier 3” restrictions beginning Wednesday, something that Mayor Sadiq Khan had suggested earlier was likely. 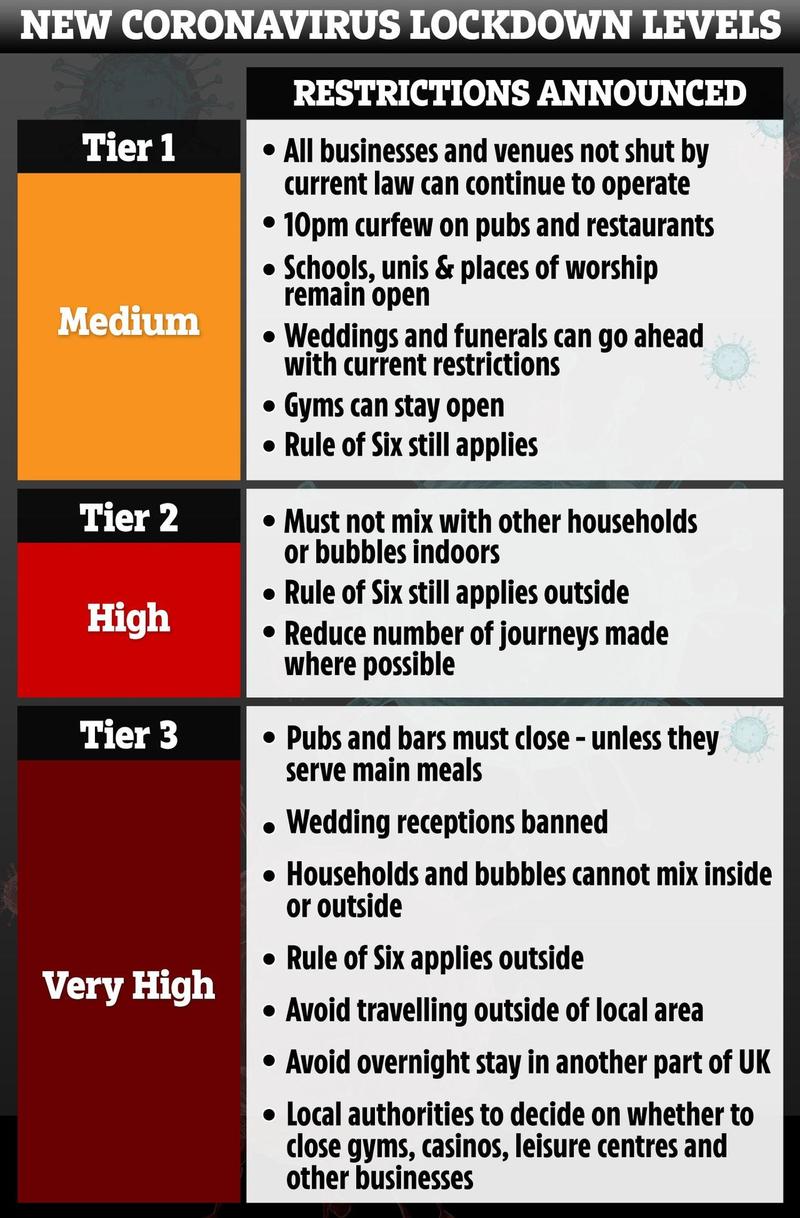