In a hopeful sign of de-escalation, Ukrainian officials said they will meet Russian counterparts at the Belarus border, shortly after Vladimir Putin said he is putting Russia’s nuclear forces on higher alert.

In a Facebook post, President Volodymyr Zelenskiy said that Ukraine has agreed to talks with Russia on the Belarusian-Ukrainian border.

“We have agreed that the Ukrainian delegation will meet with Russian without prior conditions on the Ukrainian-Belarusian border, in the area of the Pripyat River,” Zelenskiy said. A delegation has already left Kyiv, Fedir Venislavskyi, a member of Zelenskiy’s party, said in televised comments. 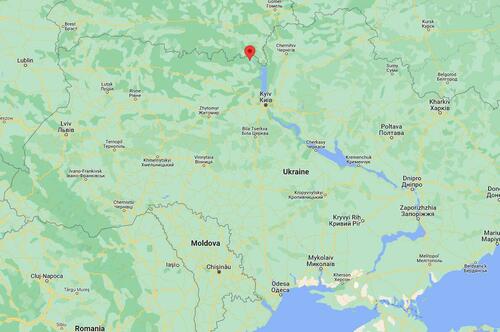 The confirmation came after Russia earlier sent a negotiation team to the southeastern Belarusian city of Gomel. Kremlin spokesperson Dmitry Peskov said the “Russian delegation is ready for talks, and we are now waiting for the Ukrainians” in the Belarusian city of Homel, per AP.

In response, Zelensky said in a video address that he’s open to talks, but not in Belarus which he said was not neutral territory.

“If there had been no aggressive action from your territory, we could talk in Minsk … other cities can be used as the venue for talks,” Zelensky said. “We want peace, we want to meet, we want an end to the war,” he added.

“Warsaw, Bratislava, Budapest, Istanbul, Baku — we proposed all that to the Russian side. Any other city would work for us, too, in a country from whose territory rockets are not being fired.”

While an encouraging development, this won’t be the first time that the two nations have exchanged proposals for a potential ceasefire, only to see the plans collapse.

The news helped push the weekend IG spread market for the “weekend Dow” higher by about 150 points although it remains well in the red from Friday’s close.

Meanwhile, in the latest battlefield developments, overnight Russian forces on Sunday attacked Kharkiv, Ukraine’s second-biggest city. Much of Europe has closed its airspace to Russia, and offers of military assistance continue to flow in.

Also overnight, Western nations agreed to exclude some Russian banks from the SWIFT messaging system, used for trillions of dollars worth of transactions between banks around the world, further isolating Russia’s economy and financial system.