Outgoing US envoy to Syria James Jeffrey stated in a recent interview with Defense One that US officials have been “playing shell games” about the number of troops in the region to deceive the Trump administration into thinking there has been a military withdrawal. Here are some excerpts:

“We were always playing shell games to not make clear to our leadership how many troops we had there,” Jeffrey said in an interview. The actual number of troops in northeast Syria is “a lot more than” the two hundred troops Trump agreed to leave there in 2019.
…
“What Syria withdrawal? There was never a Syria withdrawal,” Jeffrey said. “When the situation in northeast Syria had been fairly stable after we defeated ISIS, [Trump] was inclined to pull out. In each case, we then decided to come up with five better arguments for why we needed to stay. And we succeeded both times. That’s the story.”
…
Officially, Trump last year agreed to keep about 200 U.S. troops stationed in northeast Syria to “secure” oil fields held by the United States’ Kurdish allies in the fight against ISIS. It is generally accepted that the actual number is now higher than that — anonymous officials put the number at about 900 today — but the precise figure is classified and remains unknown even, it appears, to members of Trump’s administration keen to end the so-called “forever wars.”

Some mass media propagandists find it hilarious that the US war machine used deceit to thwart the president’s attempts to withdraw from its illegal occupation of Syria:

US officials have been lying to Trump – and the American people – about the true number of US troops in Syria in order to deter him from withdrawing them, according to the outgoing Syria envoy. Trump thinks it’s 200 ??. By @KatieBoWill https://t.co/P6W9s3Qwvs

This would not be the first time that Jeffrey, a foreign policy insider with the past three presidential administrations, has admitted to deceiving the public about what’s happening in Syria. Earlier this year he admitted at a Hudson Institute video event (these Beltway insiders always get extra honest in the company of fellow think tank denizens) that, contrary to the official public narrative of the US military being in Syria to fight terrorism, it’s actually there to create “a quagmire for the Russians”.

This would also not be the first time we’ve heard reports of the US war machine hiding the facts from the elected commander-in-chief of the most powerful military force ever assembled. Last year The New York Times cited anonymous US officials in a report on cyber intrusion operations against the Russian government that the US military had deliberately kept Trump in the dark about.

“Two administration officials said they believed Mr. Trump had not been briefed in any detail about the steps to place ‘implants’ — software code that can be used for surveillance or attack — inside the Russian grid,” NYT reports. “Pentagon and intelligence officials described broad hesitation to go into detail with Mr. Trump about operations against Russia for concern over his reaction — and the possibility that he might countermand it or discuss it with foreign officials.”

America's special envoy to Syria publicly admits that the continued illegal US military occupation of parts of the country isn't about fighting ISIS or other terrorists, as Washington claims. Instead the US aims to "make it a quagmire for the Russians." https://t.co/rqL28aM1Ps

Mainstream liberal US discourse has accomplished an amazing feat of Orwellian doublethink with regard to the notion that unelected power structures are running things without the consent of the nation’s official elected government. On the one hand there’s been a nonstop deluge of Daily Beast articles since Trump’s election saying anyone who dares to suggest the existence of a “deep state” in America is a conspiracy kook, but on the other hand there’s also been constant praise for the insider “adults in the room” who ensure from within the administration that Trump doesn’t demolish America’s precious norms while in office.

This cognitive two-step became even more reified after comments from the likes of Iraq war architect Bill Kristol tweeting that he’d “prefer the deep state to the Trump state”, and the famous anonymous New York Times op-ed authored by a “senior official in the Trump administration” (now known to have been former chief of staff at the Department of Homeland Security Miles Taylor) saying administration officials are working together against Trump to “thwart parts of his agenda and his worst inclinations”.

The understanding of a deep state in America has become even more obfuscated by the other side of America’s fake partisan divide, with Trump supporters now using that term to essentially mean “anyone who doesn’t like Donald Trump”. That erroneous understanding has now become so prevalently associated with the term “deep state” that it has lost all use in meaningful discourse and is better off being avoided altogether if you want to point at something real.

In reality the term deep state is meant to refer not to anyone who opposes Trump, nor to a secret cabal of baby-eating Satanists, but simply to the tendency among government agencies and plutocrats to form loose alliances with each other and collaborate toward common agendas. It’s a term used for political analysis to describe large-scale power agendas that are largely playing out right out in the open, hidden in plain sight.

It doesn’t take a ton of investigative reporting and WikiLeaks drops to understand that there’s been a collective of operatives mostly running the Trump administration while the actual elected president yells at the talking heads on Fox News and tweets. It’s also not hard to brush away the insubstantial narrative fluff and see that US policies have remained more or less unbroken regardless of which elected officials have been in office, and it doesn’t take a Nostradamus to predict that that will continue to be the case after Trump is replaced by the next empty husk in the White House.

The US government simply is not what Americans were taught it is in school, and it is not what they tell you it is in the news. It’s a mostly unelected power establishment which operates in the interests of imperialist expansionism and oligarchic control, with the official elected government operating sort of like the unplugged video game controller you hand your kid brother to keep him from whining for a chance to play. 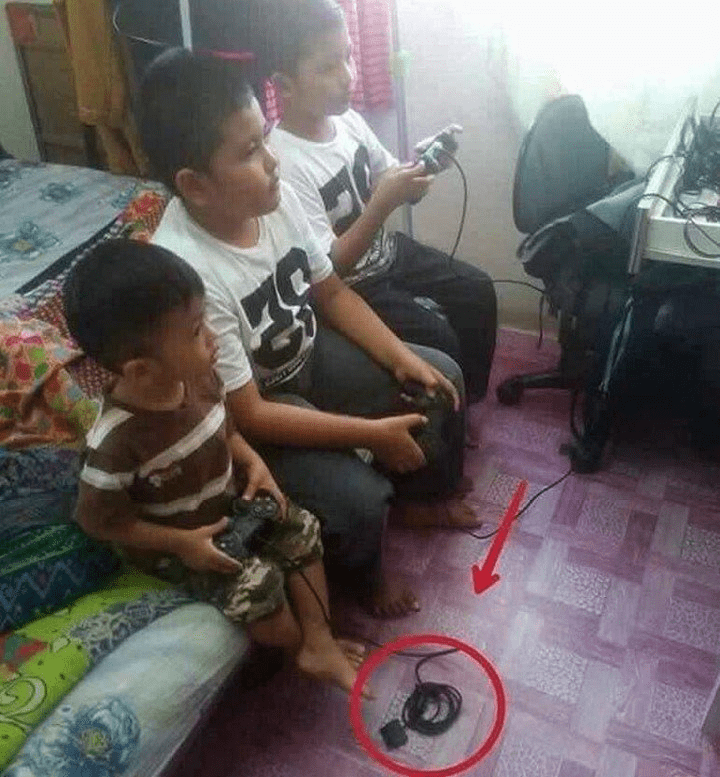 Republished from CaitlinJohnstone.Substack.com with permission