US Billionaires Have Gained $1 Trillion Since Pandemic Started

That was not the case during the 2008 financial crisis when it took Forbes’ 400 richest people three years to recoup their losses from the Great Recession.

Collins’ findings highlight a wealth gain by a mere 650 individuals that, as Statista’s Niall McCarthy notes, seems obscene at a time when nearly 7 million Americans are at risk of eviction when moratoriums expire at the end of the year. 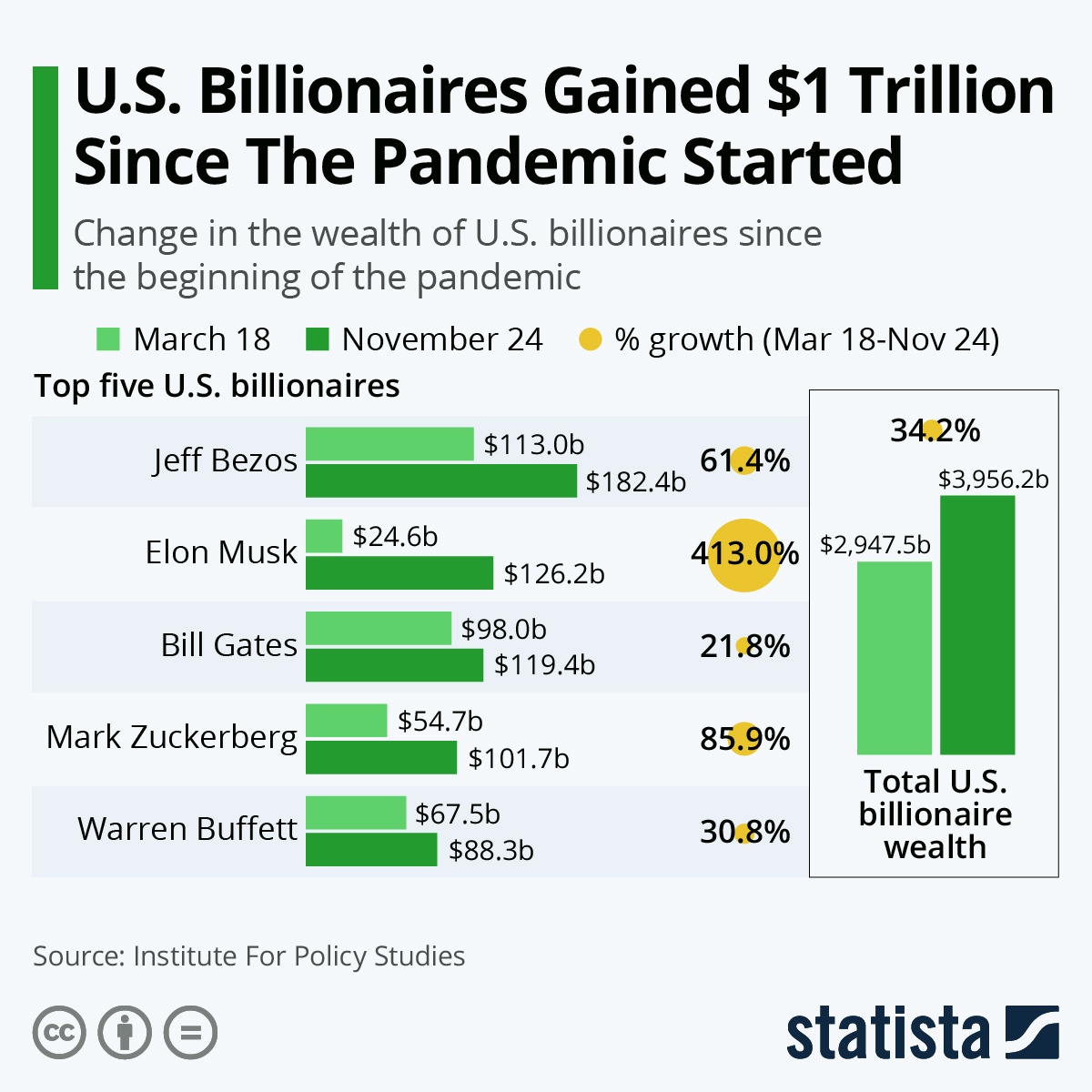 The Amazon boss and richest man on the planet is now with $182.4 billion. The most impressive gain on the list was recorded by Tesla and SpaceX CEO Elon Musk who has seen his fortune experience a meteoric rise. In the above period, his weath surged a whopping 414 percent, climbing from “just” $24.6 billion to $126.2 billion, making him the world’s second richest man after Bezos.

Illustrating the gulf in financial inequality in the U.S. today, the analysis states that U.S. billionaires own $4 trillion, 3.5 percent of all privately held wealth in the country. Billionaire wealth is now twice the amount of wealth held by the bottom 50 percent of all American households combined, approximately 160 million people.