President Biden’s Thursday night speech raised more than a few eyebrows – between the White House essentially declaring civil war with half the country, and the ominously authoritarian aesthetic – it became clear that Team Biden is embracing the ‘Dark Brandon’ meme created by Chinese propagandists. 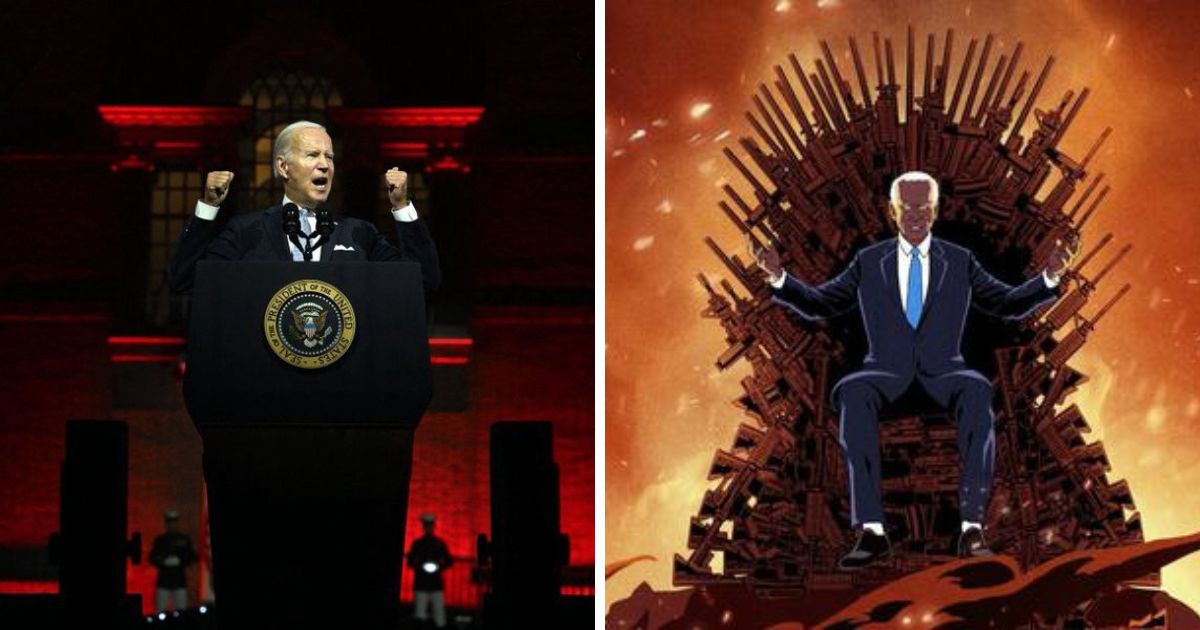 Or maybe they were going for that “V is for Vendetta” look: 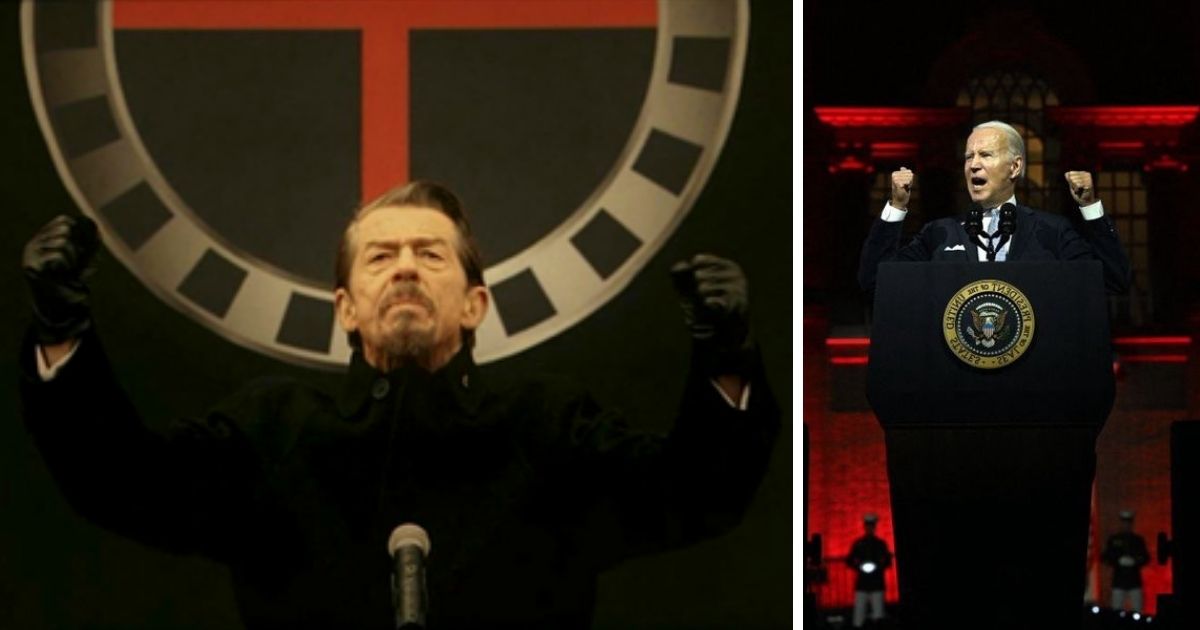 The optics were so bad that CNN shifted the color from blood-red to a ‘less Hitlery’ pink in the middle of Biden’s speech, which wasn’t the case on the official feed, or any other network’s coverage. 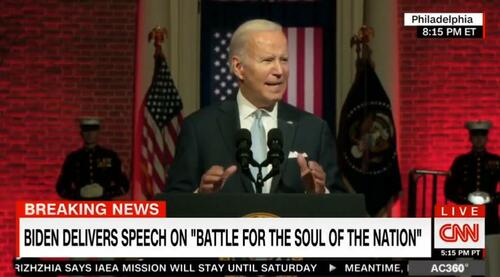 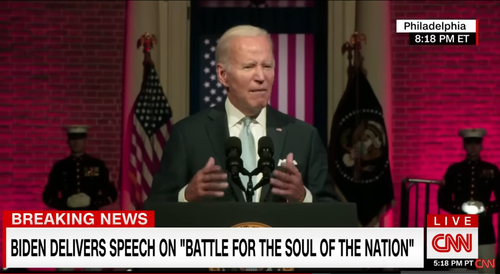 Remember when they made Trump more orange? 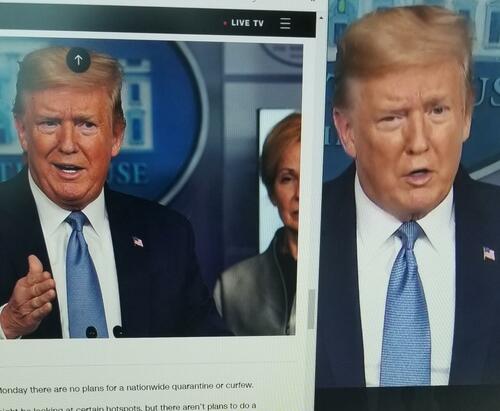 In case Biden comms team is already scoping out backdrops for his next big speech…. pic.twitter.com/V4t2qJtgl2